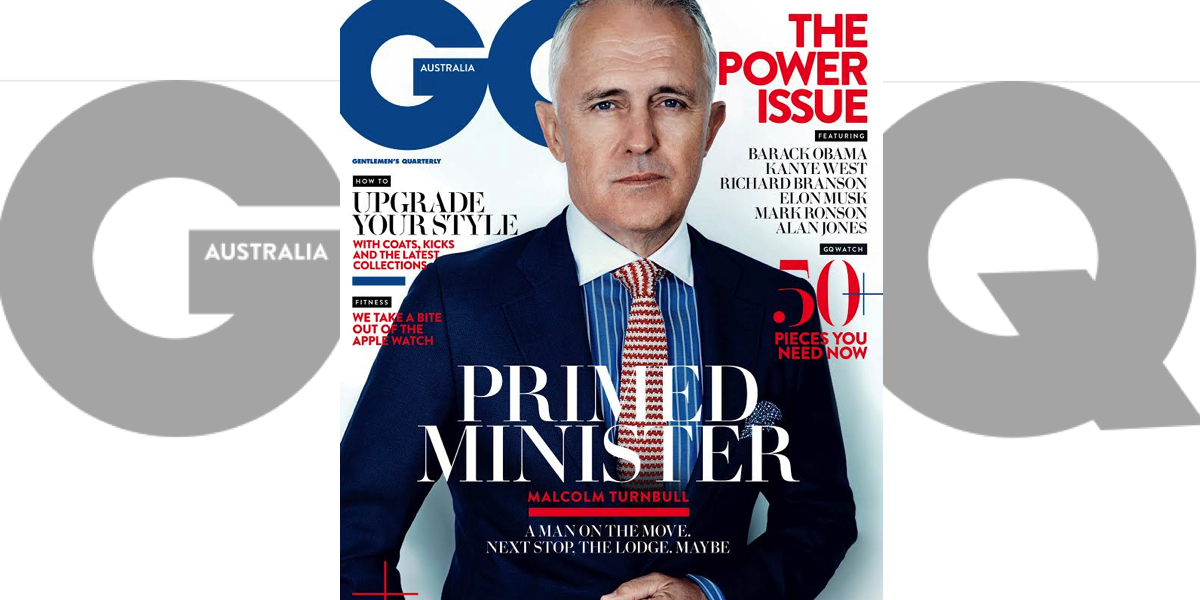 The Power Issue will hit the stands on April 20.

The Australian writes on Turnbull’s cover:
Malcolm Turnbull has risked ridicule by posing for the cover of GQ Australia in a highly stylised shoot, sporting a sharp suit more likely to be seen on a fashion model than a politician.

Wearing a tailored navy blue suit, a pinstriped shirt, patterned red tie and a fancy pocket square, with a determined, steely look, the Communications Minister is positioned behind the provocative headline “Primed Minister”.

Accompanied by a lengthy interview in which Mr Turnbull discusses his difficult upbringing and politics, the overall impression will do nothing to dispel the perception that he is after the Prime Minister’s job and is pitching for votes