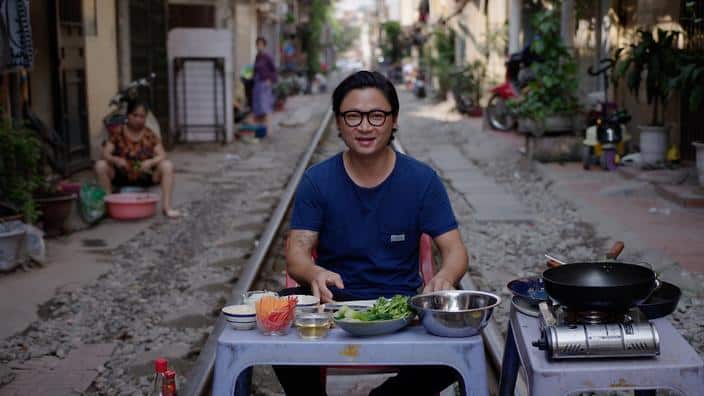 An Australian-produced Luke Nguyen series that mixed an epic railway journey through Vietnam with culinary delights has won an award at the 25th Asian Television Awards.

Luke Nguyen’s Railway Vietnam, broadcast on SBS in 2020, was named Best Lifestyle Program, beating off nominees from some of Asian’s biggest markets.

Other Australian winners this year were Foxtel and Lingo Pictures for Upright and IMG for its coverage of the NBL Grand Final.

Luke Nguyen’s Railway Vietnam was produced by Melbourne-based Creative Media Productions, which has produced a host of lifestyle series which have been broadcast locally and to more than 150 countries including the US and the UK.

Hosted by Luke Nguyen (pictured), the 10-part series took viewers on a sweeping 2,000km culinary journey on the Reunification Express from Ho Chi Minh City (the former Saigon) in the south to the majestic mountains of Sa Pa in the north, combining the celebrated chef’s love of food, travel and the Vietnamese people.

The series was the ninth production in the series hosted by Nguyen, with Creative Media having also produced season’s in Europe as well as Asia, again mixing food and travel.

Creative Media Productions head John Hatcher paid tribute to Luke, and his wife Lynne, who was heavily involved in pre-production, and the crew that helped bring Vietnam to life.

“We had a wonderfully dedicated crew, working in challenging conditions against a tough production time-line where Luke and the crew were basically on and off the train for 35 days in 10 locations,” Hatcher said. “We are incredibly grateful for the award and it’s wonderful recognition for the work Luke and the crew put into the project.”

This year’s Asian Television Awards attracted more than 1,300 entries in over 50 categories from a wide range of broadcasters, including free-to-air television networks and pay-TV platforms, as well as many independent production houses in Asia.

Creative Media Productions was established in 2000, mainly producing programs in the lifestyle genre, including A Taste of Travel, Huey’s Cooking Adventures, Ben’s Menu, The Cook’s Pantry and My Market Kitchen.

Apart from the Railway series, the company has also produced eight other series with Nguyen, including Luke Nguyen’s Greater Mekong and Luke Nguyen’s Food Trail which followed the chef’s journey from Cabramatta in Sydney to the opening of his restaurant empire in Australia and Asia.

The full list of winners can be found here.