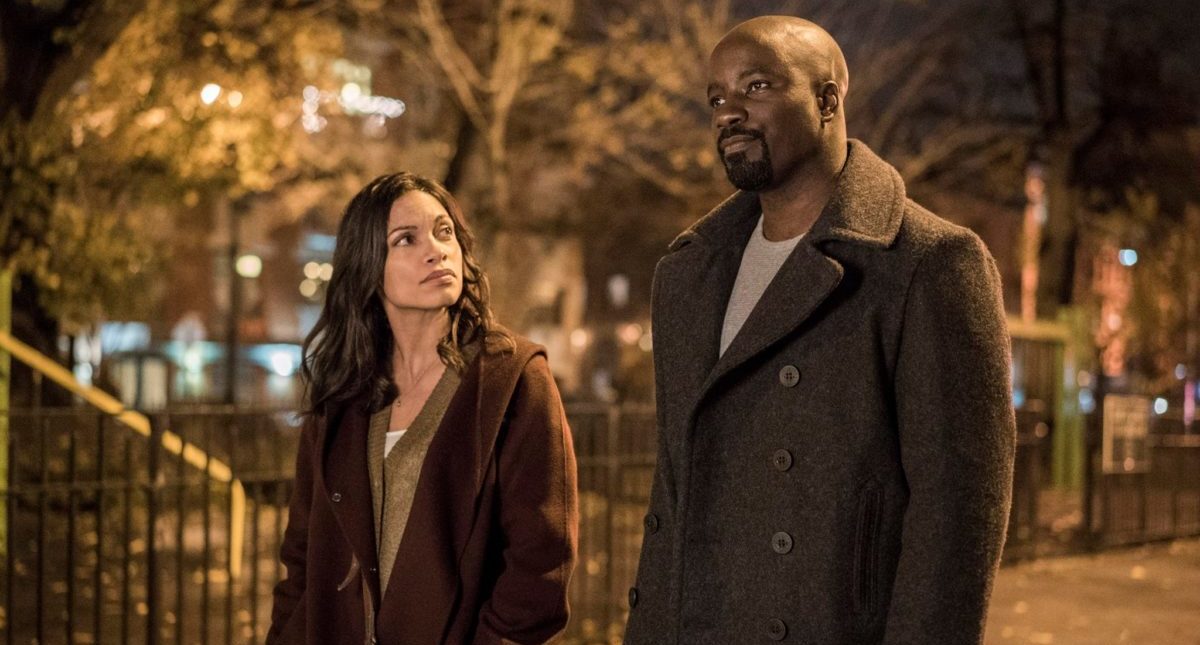 When looking at all TV shows, Netflix has just two programs in the top 10.

The latest data from Parrot Analytics that measures cross-platform audience demand* for television programs sees Netflix dominate all places in the top 10 for digital original programs for the week ending 8 October.

However, when looking at all TV shows, Netflix has just two programs in the top 10.

Topping the digital originals chart is Marvel’s Luke Cage, which has double the average demand expressions than the program at #2 – Stranger Things.

The top two are the same in Australia and New Zealand. However there are a number of differences elsewhere in the top 10. Baz Luhrmann’s The Get Down manages to hold at #10 on both charts.

Westworld ranks #1 in both countries on the Overall TV Show rankings charts with Luke Cage at #2. 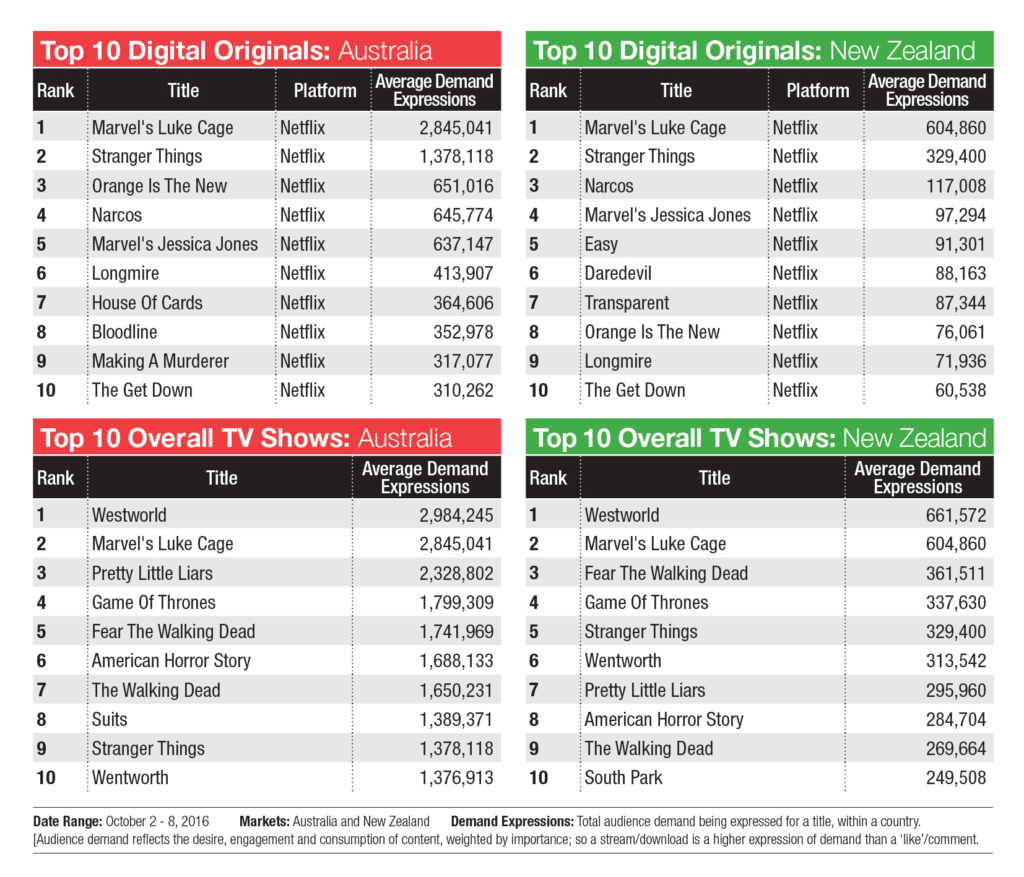 *Total audience demand being expressed for a title, within a country. [Audience demand reflects the desire, engagement and consumption of content, weighted by importance; so a stream/download is a higher expression of demand than a “like”/comment.]

For more information on how the chart is compiled and the science behind it, read the Mediaweek feature on Parrot Analytics here.