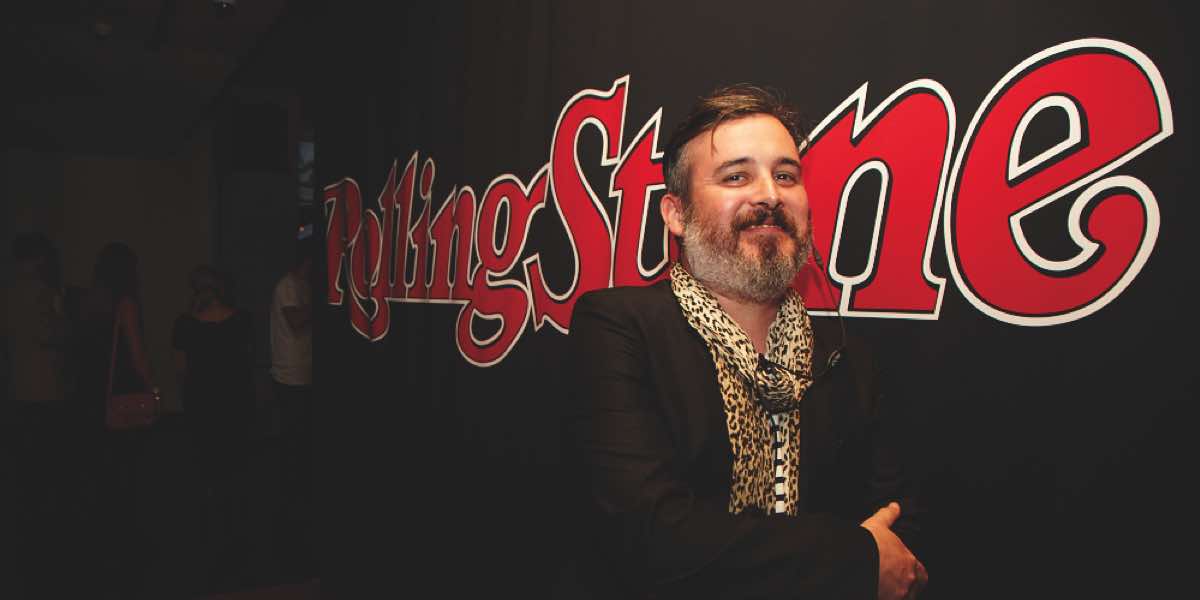 The offices of Rolling Stone Australia are just as you’d imagine them, gloriously messy with musical equipment, books, magazines, and some CDs everywhere. In the middle of the office is the entry to a performance space for bands to come in. The offices are authentically rock.

In talking to website editor Jonny Nail and publisher Matt Coyte (pictured), it was quickly apparent that both are passionate about music and its industry of cool.

Rolling Stone Australia has been growing its web presence, having launched a local website in July 2014. Coyte reported, “The website is expanding at the rate I thought it would.” The US version of the site has been established for over eight years.

The challenge for Nail and Coyte has been to produce local, relevant content to the Australian market, establishing the site as a destination in its own right.

“It’s satisfying knowing that you can win people over slowly from a large behemoth of a site. You can’t underestimate how nationalistic Australians are. They want local content,” Coyte said.

Last week’s news about the passing of David Bowie represented an opportunity for the local site, with the news breaking in the late afternoon locally, but in the middle of the night for the United States.

“We ran the announcement initially. I don’t think they were up yet,” Nail said.

As the US woke to the news, the US Rolling Stone website began updating its story on the musician passing with news and artist tributes from other musicians of note.

“We put something up of our own and started working in the US content once they started,” Nail recounted.

Nail complimented the US coverage, as he explained: “They almost transitioned it into a tribute from an initial announcement. Our initial one was just fact based.

“It evolves. It’s sort of like the first story they put up is a draft.  Every time I looked back, every hour or so, they added quotes from people like Paul McCartney. That article’s now about four pages long. A feature now.

“It started similar to what we wrote.”

The Australian site took a different tack: “We haven’t run a lot of artist tributes locally like the US have done,” reports Nail. “We’ve focused more on the legacy itself. In the US they came out with 20 or so artists talking about it. We just picked a few of them, like the producer he worked with. That’s a bit more interesting than someone who was obviously influenced by him.”

Coyte backed up this view as he explained that locally they didn’t publish as much on the site as the US did. He takes a similar approach with the magazine: “We focus on what is unique in the market. In terms of the magazine, when we put together something like that, we’d probably replace US tributes with Australian artists. Some artists it just seems pointless contextualising it with an Australian spin. The first thing that a lot of major news formats came out saying  was Bowie loved Australia. Really I don’t think that defines him at all. We wouldn’t go down that path. We’re an American brand.”

While the brand is American, the local publication is intensely loyal to local musicians. Across the 110+ pages each edition, approximately 40% of the content is dedicated to Australian music. In regards to reviews, most of the reviews are Australian as the time turnaround means there is often a delay in receiving US reviews in time. With that, most Australian releases are reviewed locally.”

The number of Australian artists receiving coverage in the US Rolling Stone magazine is limited. “They’re quite interested in Courtney Barnett,” Nail said, adding that in the Australian market “obviously bands like Cold Chisel mean a lot more. Even Tame Impala, even though they’re popular in the US, they fall into an alternative side.”

While Nail says that the US site and physical magazine are similar in what they will cover, the Australian site takes a different approach: “There are obviously crossover points, but the website is a different audience. More emerging bands are featured on the website who might graduate to the magazine. “