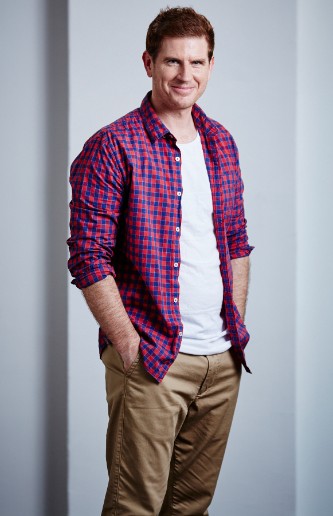 Sam Mac will replace Edwina Bartholomew who has traversed the country for the past three years presenting the weather for Sunrise.

From Monday, Bartholomew joins Kochie, Sam, Nat and Beretts from Brekky Central daily as the fifth member of theSunrise presenting team. This is the first of many exciting changes as Australia’s favourite breakfast show takes on a new look and fresh feel.

With a true passion for all things sport and entertainment, Mac is no stranger to Sunrise viewers. Recently he spent three weeks on the road for Sunrise, reporting on weather from locations across Melbourne, Sydney, the NSW Central Coast and Cairns.

An avid Sunrise viewer, Mac said he is incredibly excited about joining the Sunrise team: “I’ve watched Sunrise for years so it’s slightly overwhelming to think that I will be working alongside the Cash Cow.”

Mac is the narrator of Seven’s new fly-on-the-wall dating show, First Dates, and was a regular contributor for The Project on Ten.

Originally from Adelaide, Mac got his first big break when he won SAFM’s Who Wants to Be a Co-Host on Air competition. He has hosted Austereo’s National Hot 30 Countdown and is a member of the extended family on Nova’s Fitzy and Wippa Show.

Sunrise executive producer Michael Pell said: “The audience will get a lot of things from Sam. What they won’t get is predictability. He’s a lovable, unique talent with a razor sharp wit which will create many memorable Sunrise moments.”