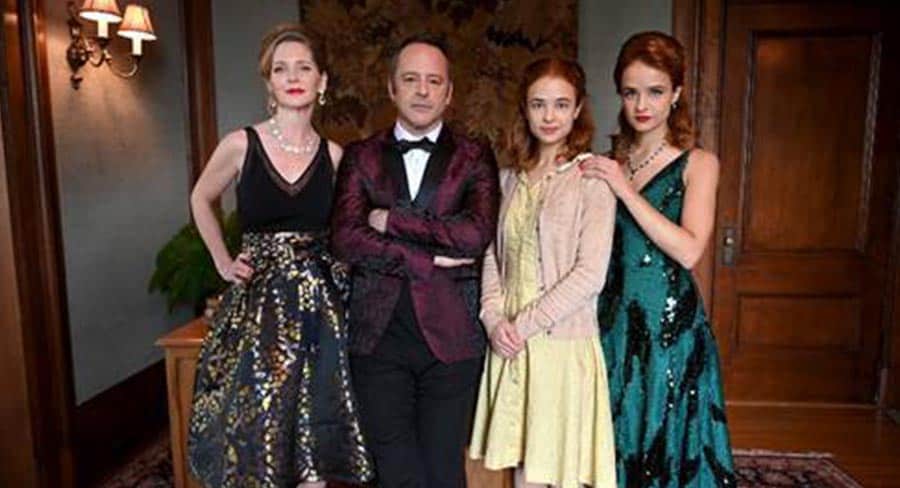 Foxtel today announced the exclusive Australian premiere of four new movies on Lifetime Movie Network Australia inspired by the books of V.C. Andrews. Centred on the Landry series – Ruby, Pearl In The Mist, All that Glitters and Hidden Jewel, the films will air over four consecutive weeks from Monday May 3 at 8.30pm with all four movies available on demand from May 1, 2021.

V.C. Andrews’ Landry series stars Australian twins Raechelle Banno (Home and Away) as Ruby and Karina Banno (Reckoning) as Giselle.  The movie series follows Ruby Landry who, after being raised by her loving spiritual healer grandmother in the Louisiana bayou, is ensnared in a world of dark family secrets and betrayal upon discovering that she has another family living in New Orleans.

Raechelle Banno said “Working with the Lifetime Network to bring this movie series to life has been so many pleasures in one: I was able to collaborate with a network that continues to promote female-driven content, I got to do it alongside my best friend and twin sister Karina, and now, we get to share it with audiences back home. What’s not to love?!”

Karina Banno said “I know that there is a passionate Lifetime and V.C. Andrews fan base at home here in Australia, so to be able to finally share the work we’ve done to bring these beloved stories and characters to life, is thrilling! And to have collaborated with Raechelle – my twin sister AS twin sisters makes it a dream come true!”