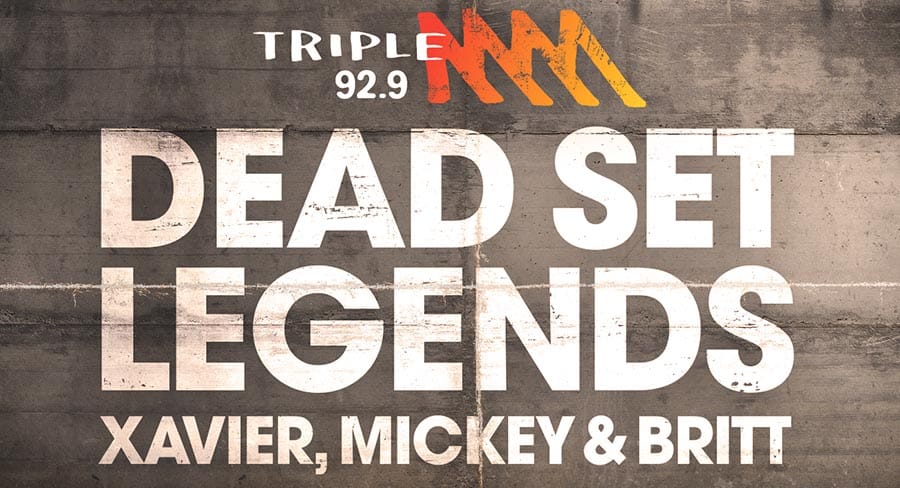 Xavier Ellis is no stranger to Triple M; the former West Coast Eagle and Hawthorn Hawks Premiership player is co-host of the 92.9 Triple M Breakfast show and is a member of Triple M’s AFL call team in Perth. In addition to his podcast, It’s Time for a Beer, and broadcasting commitments with Channel 7 Perth, he now adds Dead Set Legends to his repertoire.

Joining the team is racing presenter, Britt Taylor, who brings her enthusiasm for women in sport to Dead Set Legends. Britt is a racehorse owner and was the first female jockey to provide post-race interviews over the Melbourne Cup carnival.

Rounding out the show is former Fremantle Football Club midfielder Michael ‘Mickey’ Barlow, who will give Xavier a run for his money to make sure both WA teams get a good amount of airtime.

Barlow said: “I can’t wait to give Xav a sledging. It’s been a while and I guess this time I’ll need to be careful with the delivery.”

Taylor said: “I’m excited to join the footy boys every Saturday morning to kickstart the weekend and try to find a winner for the day’s racing as well!”

92.9 Triple M’s Dead Set Legends with Xavier, Mickey and Britt debuts on Saturday 17 April at 8am and will also be available via the LiSTNR app.