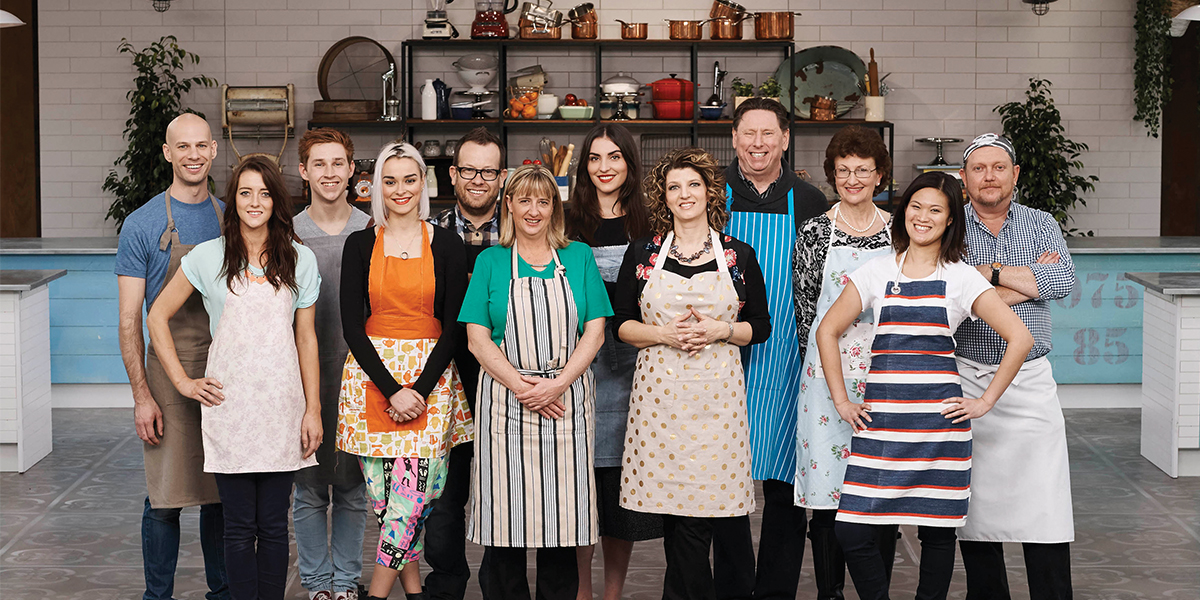 Baking is about sharing. Or so reckons FremantleMedia’s Richard Campbell, the EP of the new Lifestyle Food series The Great Australian Bake Off.

The show itself embodies the spirit and generosity that is associated with the experience of baking food and sharing it with friends and family. It’s a spirit that extended from the delicious baked comfort foods to the show’s cast and crew.

Richard Campbell told Mediaweek: “Baking is different to most cooking. You think about baking when you were at school. Someone would come along with some cookies that their mum had baked, and they would share them.

“It was really interesting in the shed how quickly these people went from not knowing each other to friends supporting each other. I actually think the contestants reflected this warm atmosphere. It’s a totally different reality show to any that I have ever worked on.”

The ability for baking to bridge relationships is echoed by show judge Matt Moran.

“This is all about cakes and baking and there’s no prize money, so it’s about people who were really into it,” Moran told Mediaweek. “Baking can relate to everyone, whether you’re a five-year-old kid who is baking with their grandmother, or you’re a retired guy who wants to bake bread every weekend. So, it really has an appeal to everybody.”

With The Great British Bake Off pulling in over 11 million viewers every week during its 2015 series, relaunching an Australian version of the series seemed a no-brainer. While the production did look back at a previous version produced in 2013 for Nine, the original BBC version was firmly in mind for this production.

“I certainly did look at the Nine series and I watched it when it went to air. What I found was really interesting was with Foxtel and FremantleMedia, we wanted to keep it a little more like the British one, but with an Australian slant,” Campbell said.

And what is that slant that makes the show distinctly Australian?

“It’s taking it out of the marquee, because the marquee is terribly British. Putting it in what we called our shed. It’s a slightly different look, as it’s much warmer. British light is very white, ours is very yellow. So we allowed that to happen. We did get a lot of light streaming in, because of that sort of feel of country Australia. We tried to get that look. 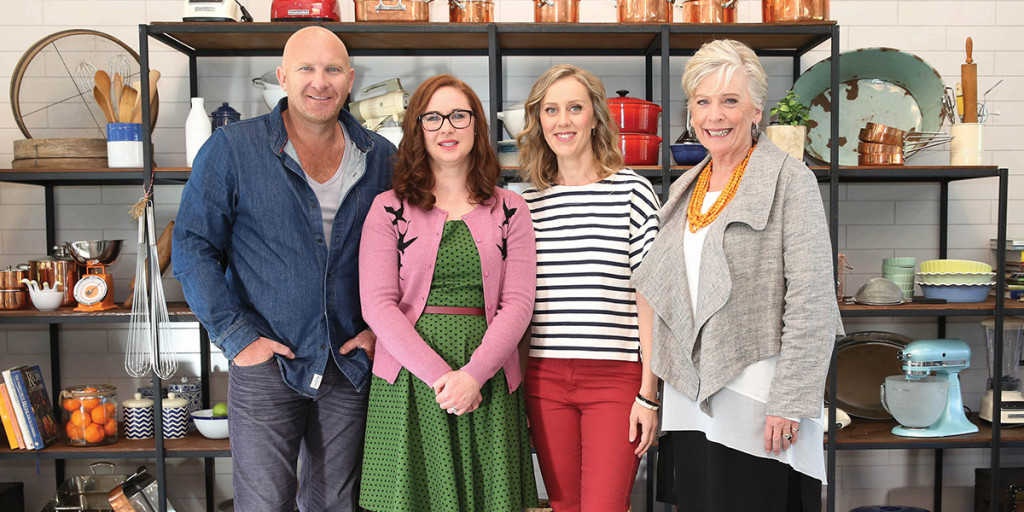 The genuine attitude of the show’s contestants is extended to the show’s hosts, Claire Hooper and Mel Buttle. The Great Australian Bake Off represents the first hosting job for both of them.

Campbell explained: “What we were looking for was not hosts, as in the true sense of people who are trained to be hosts. We actually wanted comedians as we wanted them to have that funny input and make our bakers feel at home. It’s about giving people the freedom to be themselves and you get a totally different performance.”

Despite having two very polished judges with considerable TV experience on the show, Campbell was very quick to point out the benefits of bringing onto the show two comedians to host. “Having hosts who are not cooks or bakers allows them to walk around the shed asking questions like you or I may ask at home. Sometimes the judges will be talking about something like ‘blind baking’ and the hosts will ask ‘what is it?’ You learn from it.

“Comedians have a real confidence in their personality. They’re probably not going to let you mould them. Mel Buttle is who she is. Can you imagine trying to produce her and change her?”

If even thinking about the show has you concerned about your own waistline, spare a thought for those working on the show. Campbell admitted: “I did actually put on a little bit of weight while we were cooking. Auditions before that…you want to taste the food of everyone that comes in front of you so that you’re not rude. And yes, to be honest, by the end of the shoot, I was being very, very picky about what I tasted.”

The Great Australian Bake Off may be the tastiest-looking show on TV, but with mounting concerns about sugar consumption, EP Richard Campbell told us: “I completely respect the anti-sugar movement. It’s a lifestyle choice. I would imagine if you didn’t want sugar in your life, you wouldn’t be watching the show. Baking is not something you have every day. It’s a treat”