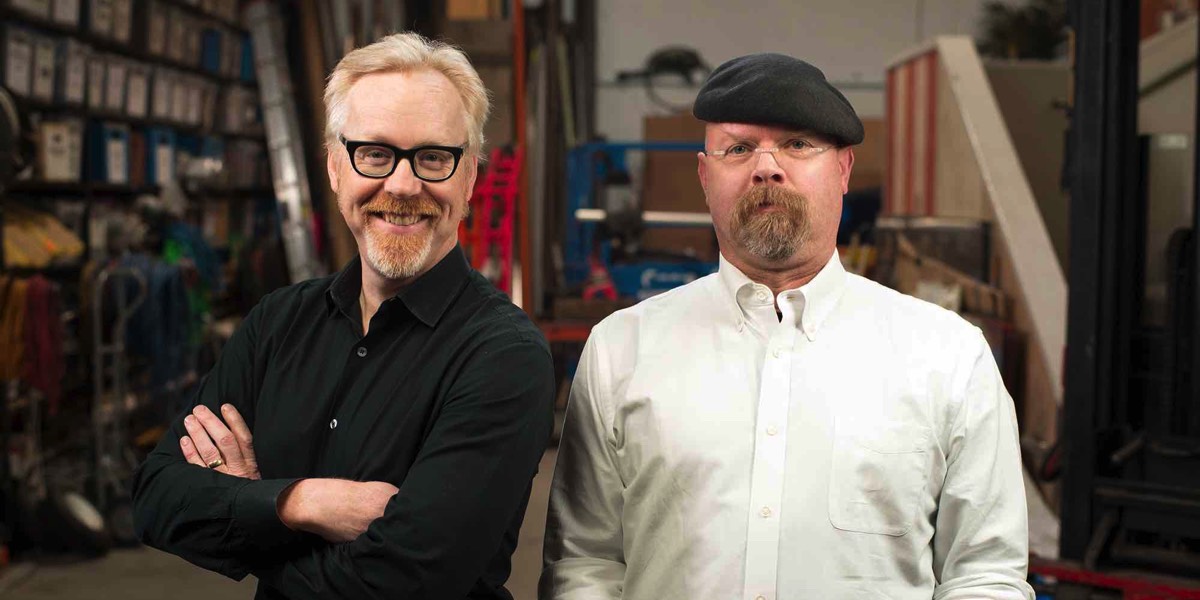 Just last week Mediaweek magazine profiled Beyond International and spoke with the founders about how they launched MythBusters. This week Discovery Channel revealed the show will be back for one final season:

Discovery Channel has announced that its longest running series MythBusters will be back for one final season with hosts Adam Savage and Jamie Hyneman this January 9, 2016 on Discovery.  After 248 episodes, 2950 experiments, 1050 myths, and 900 explosions, the pair will say goodbye to the series this winter. The seven-time Emmy-nominated series premiered on Discovery in January 2003.

Thirteen years ago, Discovery Channel introduced two special effects artists, Savage and Hyneman, to an audience that was curiousand eager to learn. These two men had an insatiable thirst for knowledge, and were more than happy to play the role of scientist.  MythBusters was – and remains – an exciting, brand new approach to science, one that had never been done before… making science fun. Savage and Hyneman helped mold it into the iconic, Emmy-nominated series that it is today. From rocket cars to duct tape myths, Breaking Bad myths to Breaking Glass myths, these two guys have done it all. Seth Rogen, James Cameron, Aaron Paul, Vince Gilligan, Sophia Bush and many more have stopped by M5 to test out their myth busting skills. Adam and Jamie even caught the eye of the President of the United States and welcomed President Obama as a guest star back in 2010.

“MythBusters is – and will always be  –  an incredibly important part of Discovery’s history. Adam and Jamie are enormous talents who have brought learning and science to the forefront of this network, and their legacy will continue to live on over at Science Channel. The MythBusters library will be moving over to Discovery’s sister network in 2016, where I know audiences new and old alike will be able to experience and learn with Adam and Jamie and the rest of the MythBusters family,” said Rich Ross, group president, Discovery Channel, Animal Planet and Science Channel.

“Making MythBusters has fundamentally and irrevocably altered the way I think as a person, as an artist, and as a scientist. I’m glad for the chance to say goodbye with some of the best television we’ve ever made. I will miss making this show,” said Savage.

“I never dreamed we would be on television at all, much less for such a long time and with so much praise for keeping a thought provoking show on the air. And best of all, we were able to do what we do and still have all our fingers and toes,” said Hyneman.

“For 14 years Adam and Jamie have given blood, sweat, tears and more to MythBusters. Their unique personalities and extraordinarily diverse skill sets have literally redefined science television. It has been an absolute pleasure to be part of their time at the helm of MythBusters,” said John Luscombe, GM and EVP of Beyond Productions.

For the final season, Adam and Jamie say goodbye to the show in the grandest possible fashion. They’ll tackle some of the biggest myths they’ve ever tested from classic categories that made the show part of our cultural lexicon: car stunts, social science, viral videos, explosions (of course!), and rockets. To top it off, they’ve figured out the ultimate way to go out with a bang. Fans can submit their farewell using #MythYouGuys on Facebook, Twitter and Instagram. Some of the best will be featured in the final season as the guys say their own goodbyes.

In a US television first, this holiday season, celebrate with the Science Channel as we air every episode ever of MythBusters. Beginning Wednesday, December 23 at midnight, and ending on Sunday, January 3 at 8pm, the MythBusters Holiday Mega Marathon will air in chronological order, starting with the very first episode, “Jet Assisted Chevy,” and concluding with “Star Wars: Revenge of the Myth”. A fitting tribute to Adam and Jamie’s final season of MythBusters which will air in its entirety both on Discovery Channel and Science Channel beginning in January.