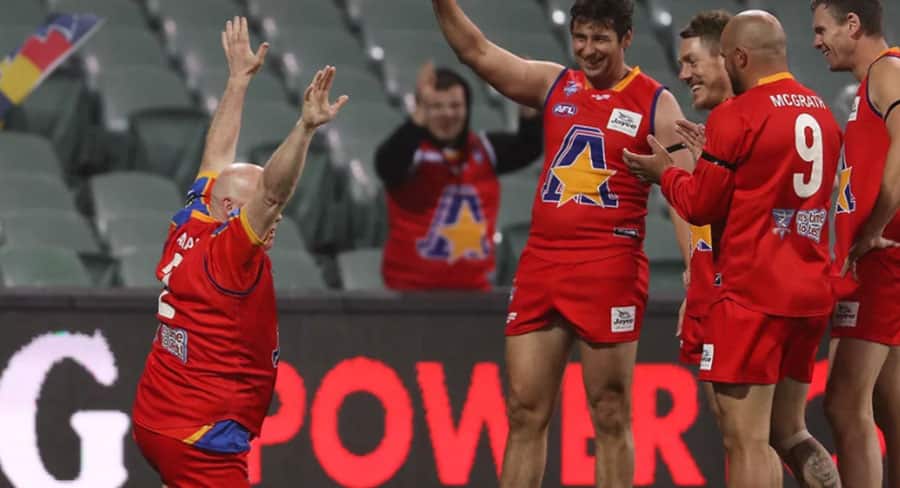 • Brian Taylor and James Brayshaw will lead the call for Seven

Seven has revealed star-studded line-up of former AFL greats will take to AAMI Park on Friday for the EJ Whitten Legends Game on Friday Night Football from Adelaide this week.

Wayne Carey will take the coaching reins for the All Stars with Sabrina Frederick in his corner as assistant coach, and Bernie Vince running messages. 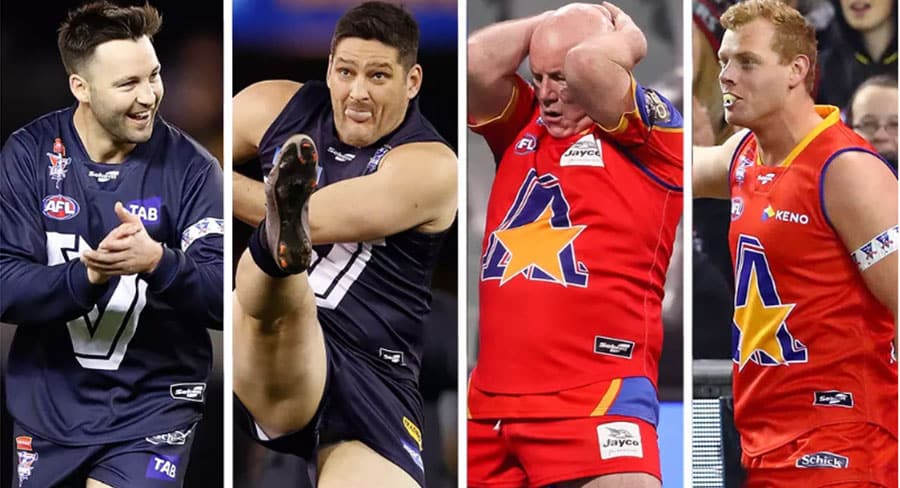 A collection of AFL stars will return to the field including Cameron Ling, Brendan Fevola and Anthony Koutoufides for the ‘Big V’ and Matthew Richardson, Gavin Wanganeen and Mark Ricciuto for the All Stars, as they raise funds for the EJ Whitten Foundation supporting men’s health awareness.

Brian Taylor and James Brayshaw will lead the call for Seven, with expert commentary from Tim Watson, and ‘Dipper’ and Gilbert McAdam on the boundary.

Armchair Experts with Brownlow medalist Adam Cooney and AFL Superfan Cameron Luke will follow the match with their unique take on proceedings.