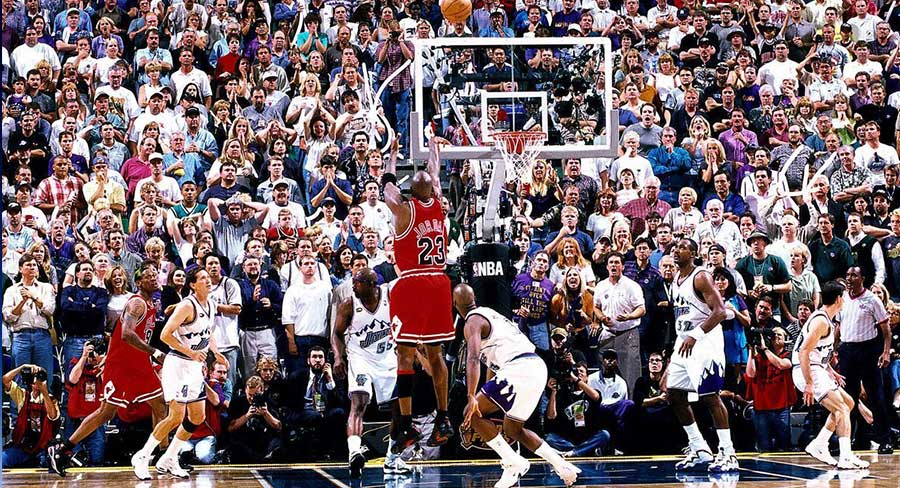 ESPN will exclusively televise a cinematic production of one of the most iconic games in NBA history the 1998 NBA Finals, Game 6: Bulls v Jazz. This will be the first time that the game is seen in high-definition.

This coincides with the final two episodes of The Last Dance being released this week by ESPN, which chronicled the 1997-1998 season of the Chicago Bull’s which was the final year to feature Michael Jordan. The docu-series is currently #1 on Netflix.

The special game telecast will air this Thursday, May 21, at 11 a.m. AEST on ESPN. It will then reair at 8.30pm AEST that evening. “Rarely, if ever, do you have the opportunity to showcase one of the most storied games in NBA history in an innovative, new presentation that includes never-before-seen material that takes fans further inside the action. This is an exciting, creative way to deliver even more enjoyment to basketball fans after reliving the journey of the 1997-98 Chicago Bulls in The Last Dance. This material, which was captured on film, has existed in the NBA archives for 22 years and we are very grateful to our colleagues at NBA Entertainment and Winik Media for this incredible opportunity.”

“We are thrilled to partner with ESPN to provide NBA fans with unique footage of one of the legendary games in league history.”

“It’s not often sports fans get the chance to view an entire game in a truly cinematic form. Viewers will now have that opportunity. The film footage paired with the original telecast commentary creates a unique multi-media experience the likes of which have never been seen before. Now that the world intimately knows The Last Dance cast of characters, 1998 NBA Finals, Game 6: Bulls v Jazz is the perfect epilogue.”

The game is best remembered for Michael Jordan’s game-winning shot to secure the Chicago Bulls’ sixth NBA Championship in eight years with a victory over the Utah Jazz.