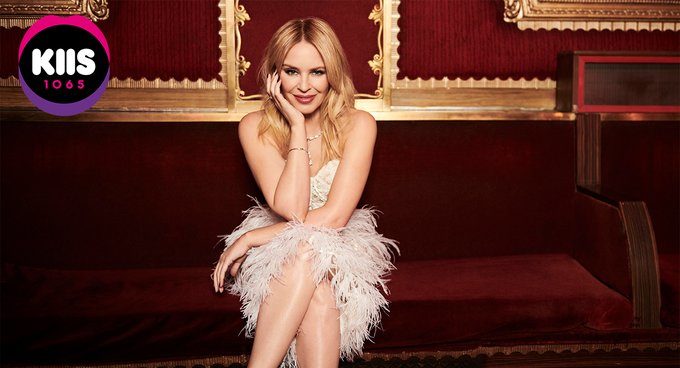 Kyle Sandilands is not accustomed to waiting for guests to arrive.

It should have been the big FM radio interview to help propel her new album to become the fifth Kylie Minogue release to land at #1 in a fifth consecutive decade. But this morning at 6.10am, Kyle Sandilands pulled the plug on the chat with The Kyle and Jackie O Show.

That meant Kylie’s interview later in the morning with Ross and Russ at Australia’s highest-rating breakfast show took on extra significance.

Kyle Sandilands and Jackie O have Australia’s most successful breakfast radio show judging by ratings and revenue. They don’t normally have big stars near the start of their show, unless running a Best Of, but today they broke that rule to cross to Kylie Minogue to promote the release of her new album Disco.

However, there was a minor mix-up in the times with KIIS FM told 6.10am, but Kylie told 6.15am, according to KIIS talent booker Mayo as she explained to listeners.

Kyle Sandilands is not accustomed to waiting for guests to arrive and he decided to pull the plug on the interview and get on with the show.

Kylie and her team acknowledged the mix up and Australia’s biggest-ever popstar was forgiving and even left the show a voice message apologising and hoping they could get together later in the week. No Kylie on KIIS today didn’t stop her going to air on 3AW for nine minutes with Ross Stevenson and Russel Howcroft later in the morning.

Later in the morning Kyle was critical of a Daily Mail Australia news item that claimed he exploded at Kylie after she failed to turn up for the interview at the allotted time.

One celebrity the Sydney FM breakfast show did manage to secure today was former and longtime B105 breakfast legend Jamie Dunn who spoke about rumours he or close friend Agro might be on the new I’m A Celebrity…Get Me Out of Here! 70-year-old Dunn said “no,” explaining, “I couldn’t do it because I’m nearly dead.” Kyle revealed that Dunn was his childhood hero and he was sorry the two didn’t have the chance to work together. “You could have had 25% of all this,” Kyle laughed.

And for Kylie Minogue and KIIS, she will be on air at 6.30am Tuesday.