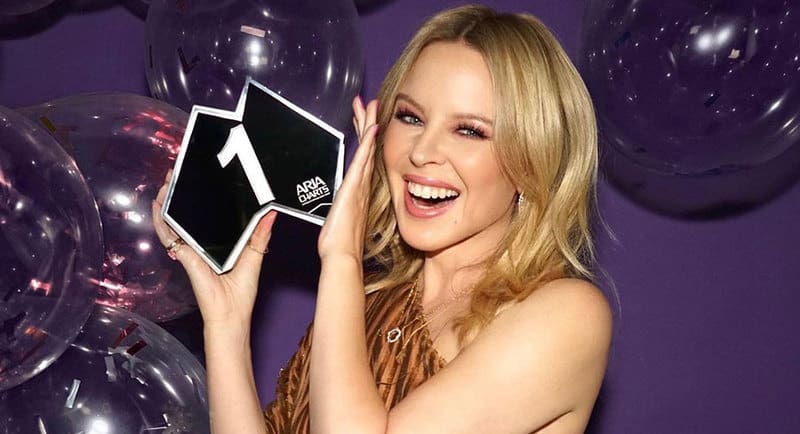 Positions from Ariana Grande becomes the second single to have two weeks or less at the top of ARIA Singles chart this year. Positions slips to #2 after two weeks at #1, making way for the return of Mood from 24kGoldn featuring Iann Dior which returns to the top for a fifth week. The only other short stay at the top this year was Taylor Swift with Cardigan which spent just one week at the top in August which coincided with the release of her #1 album Folklore that week.

Two new tunes moved into to the top 10 this week:

#16 to #7: The Kid Laroi with So Done. The first top 10 hit from the Sydney hip hop artist comes after the deluxe edition release of his album F*ck Love (Savage) which jumps up the album chart this week. Two additional tracks from the deluxe edition have debuted this week – Always Do (#37) and Tragic (#41).

#11 to #10: Dua Lipa with Levitating. After five weeks on the chart the track from the album Future Nostalgia hits a new peak. The British pop sensation has had three other tunes from her #1 album also in the top 10 this year.

Just one top 50 debut apart from the Kid Laroi this week – British DJ Sigala and British singer/songwriter James Arthur with Lasting Lover at #46. 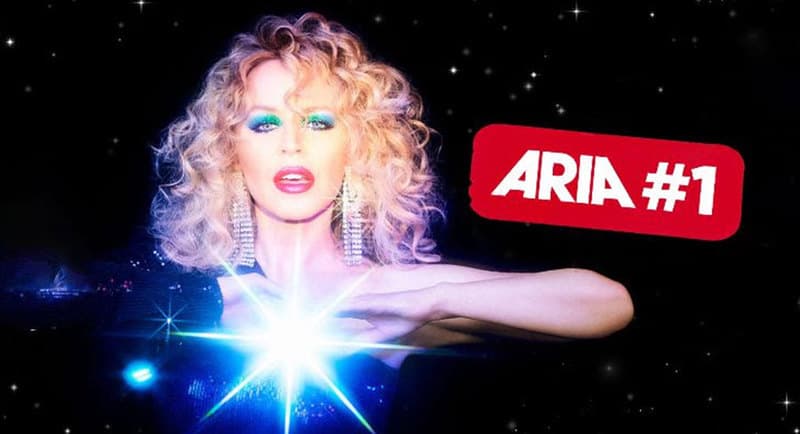 All the chart excitement this week is quite rightly about a new #1 from Kylie Minogue with Disco. It is the seventh chart topper from Kylie over two decades following the success of Light Years (October 2000), Fever (October 2001), X (December 2007), Kiss Me Once (March 2014) and Step Back In Time: The Definitive Collection (July 2019). Five of Kylie’s six albums released prior to 2000 made the top 10 in Australia, including her self-titled debut album in 1988 which peaked at #2. The new album has also topped the chart in the UK of course this week where it made headlines as Kylie became the first female artist to have a #1 album in five consecutive decades.

Dan Rosen, CEO of ARIA, said of the 15th Australian #1 of 2020: “Congratulations to one and only Kylie Minogue on her seventh ARIA #1 Album. It is incredible to think of the success she’s had throughout her stellar career, and that after over three decades as an artist she is still at the top of her game. Her new album is a much-needed injection of fun in a challenging year, even if many of us can only dance in our living rooms. It is clear that Australians are still in love with our Kylie and it’s brilliant to see her back on top of the ARIA Charts.”

Five other albums debuted top 50 this week, one of them landing in the top 10:

#7: Little Mix with Confetti. The sixth top 10 album for the British girl group’s sixth album. Little Mix have had two albums peak at #2 – Get Weird in 2015 and Glory Days in 2016.
#12: Brad Cox with My Mind’s Projection. Two years after his debut album and his first award at the Tamworth Country Music Festival, the country singer-songwriter cracks the ARIA top 50 for the first time.
#14: Troy Cassar-Daley with Christmas For Cowboys. The first sighting of a Christmas release high on the chart. The album features a handful of Christmas carols, the title track made famous by John Denver, and two original tunes on what is Cassar-Daley’s first studio release in four years.
#30: The Smith Street Band with Viva La Rev. Disappointing chart debut perhaps for the Melbourne band who have previously had a motivated fan base push their previous 2020 releases to #1 (Don’t Waste Your Anger in April) and #4 (Live at The Triffid in March). This new album celebrates Melbourne’s The Reverence Hotel which closed in in February 2019.
#37: Ashton Irwin with Superbloom. A solo album from 5 Seconds of Summer drummer Ashton Irwin. The album has crept into the top 50 after its October release thanks to extra sales spurred on by its availability on CD and vinyl.