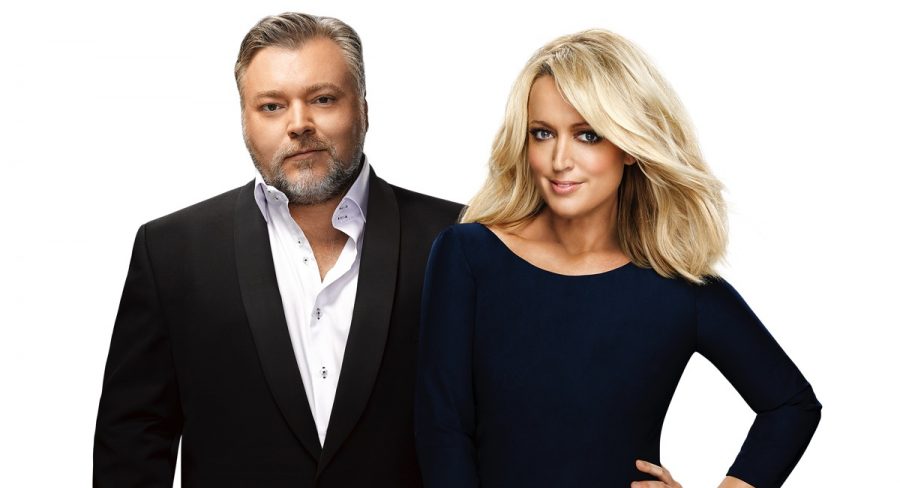 Apart from the dollars, why are the hosts in such a good place now?

On survey day last week Mediaweek spent time with the highest-paid entertainers in Australia – and they also happen to co-host the #1 FM breakfast show in Australia’s biggest radio market. Interviews with the duo are never straightforward and last week was no exception. Here are some of the highlights.

“What a piece of rubbish that smooth is. Who the hell is listening to smooth?”

The two radio hosts sound happier and more motivated than they have for a long time. The first year of new record-setting contract tends to do that! Apart from the dollars, why are the hosts in such a good place now?

Kyle: It is the better work environment. I read reports when we left SCA about how the atmosphere was better without us. Lies…all lies. We never had any problem there. We did our own thing and we certainly weren’t running around threatening people. There used to be so much red tape in our former workplace and way too many chiefs. It was a very frustrating place to work. Over here [at ARN] we have Bruno Bouchet [breakfast EP], DB [Derek Bargwanna, KIIS head of content Sydney & Melbourne] and Duncan Campbell [ARN national content director] – three really great radio minds. We both have the same objective to turn up and do our best every day and entertain.

Jackie: There is a good atmosphere here and we do still love it, despite when you have to wake up before 5am and think you just can’t do it. As soon as I am out of bed it is OK. I am not a morning person, but I soon get excited about coming into work and going on air because we have fun.

[Does being in a good place with your personal lives help?]

Kyle: You are right, it makes a big difference.

Jackie: It certainly does.

As audience share is the metric used to rank the importance of Sydney radio stations, Sandilands reminded us to make the distinction that he and Jackie’s breakfast show is #1 FM. “2GB flips out when people mention we are #1 in breakfast. I understand why they do it because the FM and AM audiences are so different and the advertisers are so different. They are just selling funeral homes and funeral insurance and we are selling everything else.”

With former ARN chief executive Tony Kendall moving to a new chief revenue officer position, former Adshel CEO Rob Atkinson has moved in to take over radio. Kyle and Jackie O traditionally don’t have a lot of time for management. That hasn’t changed.

This is what happened when we asked about Rob Atkinson.

Jackie: We were supposed to meet him last week, but he was stuck in a meeting.

Kyle: I don’t think I will be meeting him, just quietly. I am not into meeting these management types.

Jackie: Kyle hates any kind of meet and greets.

Kyle: Unless it is something like Make A Wish Foundation, I am not into it. But I don’t want to meet a new CEO every 12 months. I am not interested.

Jackie: [Extending an olive branch.] We look forward to meeting him soon.

Kyle: Don’t speak for me – I couldn’t care less. But I will say this. There are good radio people who work here, but they had a shit format. They needed someone like me to come along and say, “No one wants to hear Celine Dion.”

Jackie: He has been fabulous.

Kyle: We have always been fans of Bruno.

[Do you miss the Bruno that used to be an edgy and wild radio producer?]

Jackie: We have a much better Bruno now.

Kyle: I do miss the old Bruno, but he still has a bit of that person in him.

Jackie: He is a very changed man. We were remembering recently how he used to come in and run around naked. Now he is in manager mode and in charge of the show. He is doing a great job.

On the day of our interview smoothfm had just gone #1 FM in Sydney and Melbourne…but not everyone’s a fan.

Kyle: “What a piece of rubbish that smooth is. Who the hell is listening to smooth? Maybe if you go to a café where there are maybe 40 people drinking soy latte – they must be all registering [on the survey]. smooth is so boring.

[Do you think smoothfm has been clever with their format?]

No. They have pre-recorded everything on that station and they have tricked people into listening to Richard Wilkins talking about Michael Bublé songs. I hate pre-recorded radio shows, I think it is just a rip off.

Jackie: It is probably one of those stations that don’t cost a lot to run. In terms of competing with smoothfm, KIIS and smoothfm are so completely different. If Nova had gone #1 we would be a little more concerned.

Jackie: As soon as that segment aired the person who was causing trouble shut down the email account we talked about.

Kyle: Want to know who it was?

Jackie: I do because I don’t even know who it was.

Kyle: [Lengthy pause] I can’t say who it was. They were an employee at our former broadcaster.

When asked if they could ever host a breakfast show from a different city to where the program was broadcast, the KIIS duo thought it might be a challenge.

Kyle: Rove and Sam had higher audience figures than the current show at 2Day FM. I am not sure what they will do over there. I don’t think it is that big a deal they are not in Sydney. I haven’t ever heard them, but Jackie has heard bits and pieces on a podcast. Pronouncing suburbs can be a challenge and it is hard for them to reflect what is happening in Sydney if they are not there. Em [Rusciano] said it best when she wondered about moving to Sydney and not knowing how long the show was going to last.

Jackie: I can understand her not wanting to do that. You don’t want to have to uproot everyone’s lives and move cities for just a few months.

[Could 2Day ever go with a music old-school breakfast?]

Kyle: Old school works in Melbourne but for some reason in Sydney no one seems to give a shit. I wouldn’t know what to do with 2Day FM if I was given the station for free. I don’t think we would even want to move back there [if we owned it].

Kyle: I still want to broadcast from Buckingham Palace but someone told me that is probably never going to happen, ever!

Jackie: We have something big coming in May which has never been done before. [The free car to every caller on May 19 which was announced this week.]

Kyle: I’m not absolutely sure if it has never been done before.

Is Kyle a good boss?

When asked if he goes a little easier on the people in his team these days, Sandilands explained why.

Kyle: They are so good. I only used to really spew if they were making obvious mistakes or reoccurring mistakes. The team is really good and there is no need to get angry. It has made me put on weight – I used to be thinner when I was angrier. I am also very rarely getting migraines these days and I’m very happy with that.