After 50 years in broadcasting and 37 years at Nine, sports presenter Ken Sutcliffe announced his retirement on air.

Nine Network sports presenter Ken Sutcliffe has announced he will retire from full-time news reading and presenting at the end of 2016 after a career spanning 50 years.

Making the announcement in Wednesday night’s Nine News Sydney bulletin alongside close friend and colleague Peter Overton, Sutcliffe called time on a long and illustrious career that has seen him become a household name in Australia. 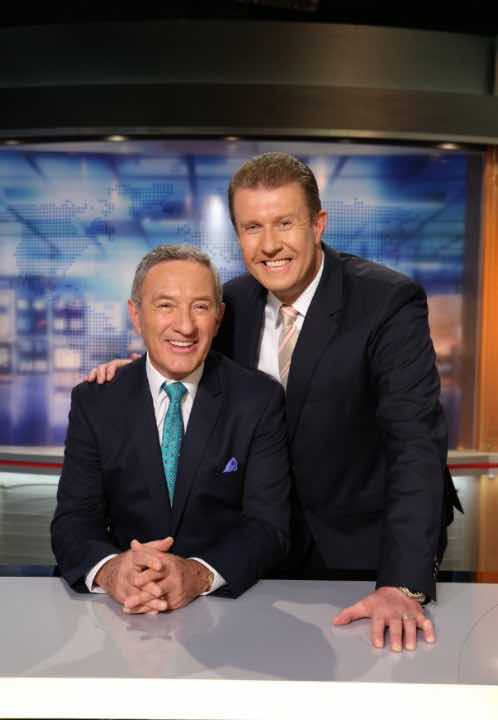 Replacing Sutcliffe on the Sydney Nine News desk alongside Overton and Georgie Gardner will be seasoned sports presenter Cameron Williams, who will assume the role of sports editor.

Williams joins one of the most exclusive clubs in Australian television history. Only three other people have held the position before him – Ron Casey, Mike Gibson and Ken Sutcliffe.

Following Sutcliffe’s on air announcement of his retirement on 3 Novemeber, the well regarded sports presenter was a trending topic on Twitter. Many sports and industry colleagues acknowledged his long run in the industry.

Congratulations to my friend @Ken_Sutcliffe on a sensational career. Always generous with his friendship & advice. Will miss THAT voice. X pic.twitter.com/heV5T62DkV

Wishing @ken_Sutcliffe all the best in his retirement, Very much enjoyed his sports reports over the years.

It won’t be the same without you @Ken_Sutcliffe.https://t.co/obsVt8aXRB#9WWOS

From modest beginnings in the central western New South Wales town of Mudgee, Sutcliffe honed his skills in regional radio and television before joining the Nine Network in 1979.

Sutcliffe cited a desire to spend more time with his family and the opportunity to travel as key factors in his decision to retire from full-time duties.

“I have always said you retire while they still want you and that’s the case at Nine. I have worked with and alongside some of the giants of Australian television including Brian Henderson, Graham Kennedy and Ray Warren,” he said.

“After 50 years of broadcasting it’s time for new challenges which I am looking forward to, including living in Mudgee and travelling with my wife Anne.”

Overton praised Sutcliffe for his extraordinary contribution to not only Australian television but for mentoring so many journalists and presenters at Channel Nine.

“I will miss his warmth, friendship, sparkling smile and laugh, as will the millions who have got to know Ken so well over the decades via their TVs. Ken is a rolled-gold Australian television legend,” Overton said.

“Nine has left the door open for me to return from time to time, which I appreciate. Also, working with Peter Overton, a dear friend, has been a joy,” said Sutcliffe.

Take a look back at his 37-year-long career at Nine here.