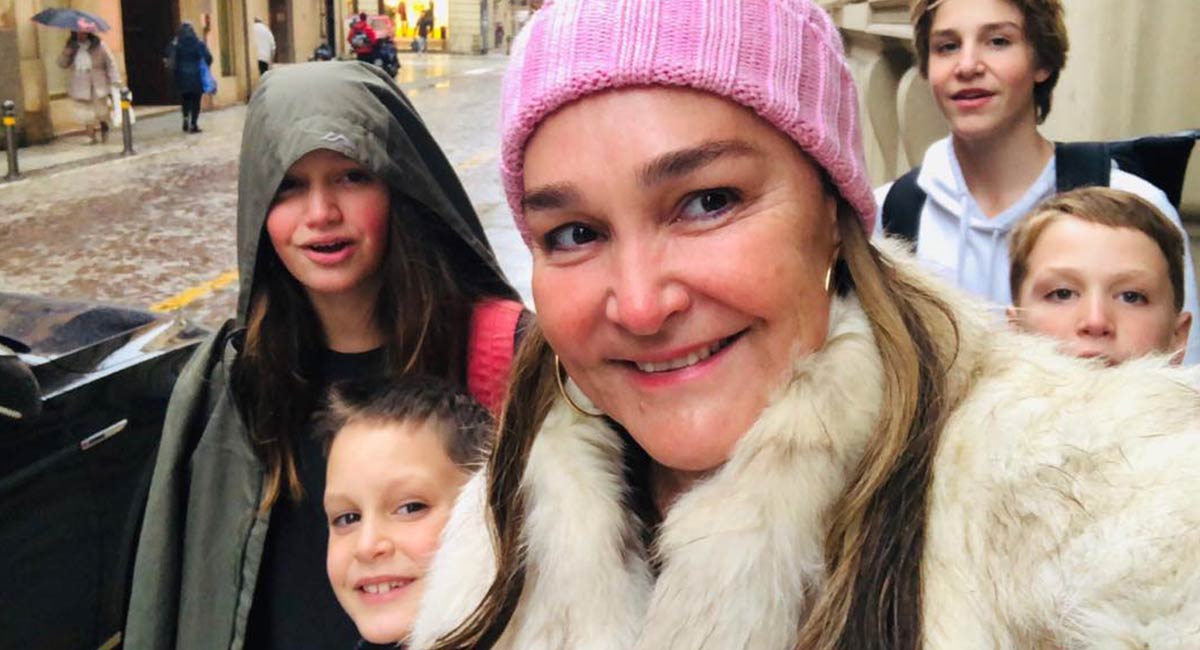 Kate Langbroek didn’t think she would be doing radio this year. She had planned to take a year off for her family and was ready to resign from her hit drive show she co-hosts with Dave Hughes.

Instead she now finds herself hosting the Hit Network program daily from the Italian city of Bologna.

So far, so good, she told Mediaweek.

“I am thrilled how much everyone has gotten on board with it including messages from listeners. I didn’t think anyone would find it that interesting. It is a fabulous folly of mine that has captured the attention of many. It is a dream or a fantasy that many people have, but they can enjoy mine without having to do the fucking reality of it. [Laughs] That is moving six people to the other side of the world.”

Langbroek first alerted radio bosses about a desire to head to Italy when she told ARN that she would only re-sign for one year when her then KIIS drive contract came up for renewal. “I assumed I would have to resign. I told them that my husband and I wanted to take the children to Italy for a year. That set a cat among the pigeons.

“At the Hit Network though it was Gemma [Fordham] and Grant [Blackley] who said they would be rapt to have me for a year. Then Hughesy got out his not inconsiderable powers of persuasion and said why don’t we keep doing the show.”

Although co-hosting from Italy for 12 months poses a few challenges, what the Hughesy and Kate drive program has done in terms of ratings across the Hit Network should make it all worthwhile.

The great thing about Langbroek in Italy is that they are not downplaying her absence.

“Hughesy and I have the ethos that we never have any secrets from our listeners. When stuff goes wrong we admit it and we don’t hide things. The truth is easier!”

Langbroek realised there will be one judge of how exciting it is having her in Europe. “The proof will be in the pudding,” she said, alluding to what the ratings will show this year.

The drive duo are now in their second year at their new home after successful years with Nova and then ARN. “It has been so glorious,” said Kate referring her time with Southern Cross Austereo.

“A lot of companies, and not just in media, talk about culture, and all around the country where we go we meet great people – we are very happy here. This past fortnight the ACRA producer of the year, and Hughesy and Kate’s longtime EP, Sacha French, has been in Bologna with Kate. French sounded a little down when she revealed that by the time we publish this she will be packing for home. Could her reluctance to leave have something to do with the Italian boyfriend she has connected with during her short visit? The show has been updating their relationship each day.

It’s not quite as spicy as a Married At First Sight episode recap, but it is always fun when a member of a show’s team is part of the program.

As to whether Hughesy might make it to Italy, Langbroek told Mediaweek: “There has to be a listener trip to Italy doesn’t there? What sort of hosts would we be if we didn’t take listeners over to Italy? Plus I’ll be lonely.” As to whether that was a dream or reality for the show,” Langbroek said: “It will happen.”

See also Podcast Week for more about Kate in Italy and her new podcast.

Top Photo: Kate Langbroek does the school pick-up in Bologna