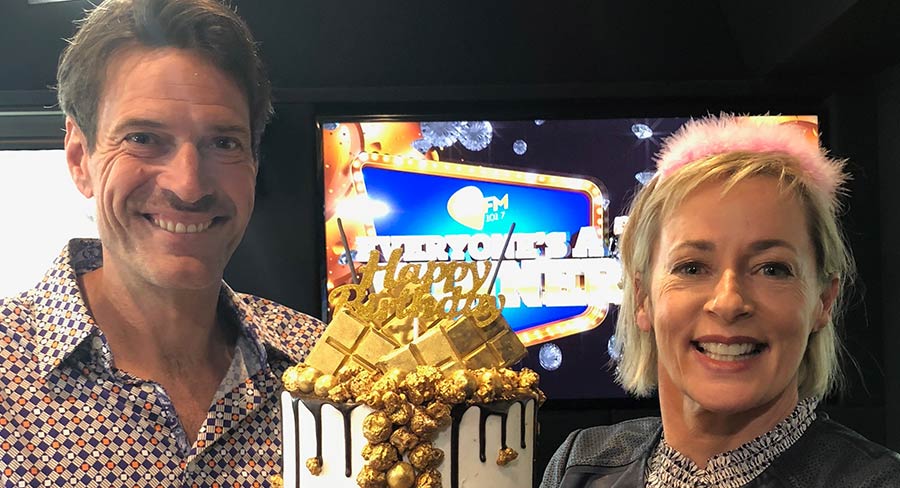 • A total of 15 lucky listeners received a bracelet

It might have been WSFM’s party but it was the listeners who received the gifts, with every caller who made it on air on Friday receiving an 18 carat rose and white gold bracelet with pink diamonds thanks to Pink Kimberley Diamonds.

A total of 15 lucky listeners received a bracelet, which was lucky because Amanda had her eye on them as you can see in this video here.

There were plenty of laughs during the ARN station’s 40th birthday breakfast show including some surprises when the confetti cannons fired off.