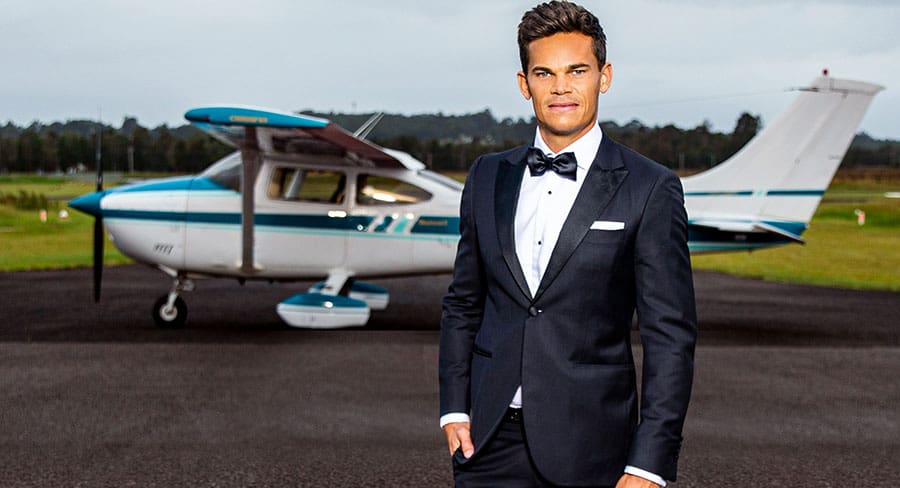 The Bachelor Australia is made for Network 10 by Warner Bros. International Television Production.

Network 10 has announced Australia’s next Bachelor, Jimmy Nicholson. The 31-year-old airline pilot will star in the latest season of The Bachelor Australia.

10 described Nicholson as a self-confessed romantic, who is an intelligent and passionate go-getter who is ready to find his happily ever after.

On being the next Bachelor, Nicholson said: “I am a big believer in embracing any opportunity that presents itself, especially if it has the potential to change your life for the better.

“The journey ahead will be one of the most challenging experiences that I have ever undertaken, however, I am very excited to meet someone that I could potentially spend the rest of my life with.”

Past seasons of The Bachelor and The Bachelorette Australia franchises have resulted in love matches for Tim and Anna, Sam and Snezana, Georgia and Lee, Matty J and Laura.

Last year, in the finale of The Bachelor Australia Locky Gilbert pledged his love to nurse, Irena Srbinovska.

Battling intense feelings for both ladies, Locky struggled to make his decision. Not wanting to hurt anyone’s feelings, he faced an inner battle to leave one of the ladies he had deeply fallen in love with.

As Bella arrived at the commitment ceremony, Locky immediately broke down into tears. Telling Bella that he meant it when he said he loved her, he felt Bella’s uncertainty about the future left them on two very different pages. Stunned at Locky’s rejection, Bella asked to leave. Not buying that Locky loved her, Bella was teary as she ended her chapter with Locky.

Locky couldn’t help but smile as he saw Irena approaching. Irena was everything he wanted in a partner and he couldn’t wait to spend the rest of his life with her. Telling Irena how in love with her he was, the two shared an emotional embrace to conclude The Bachelors latest season.

The list of achievements tough is long for what the 2020 final did last night: