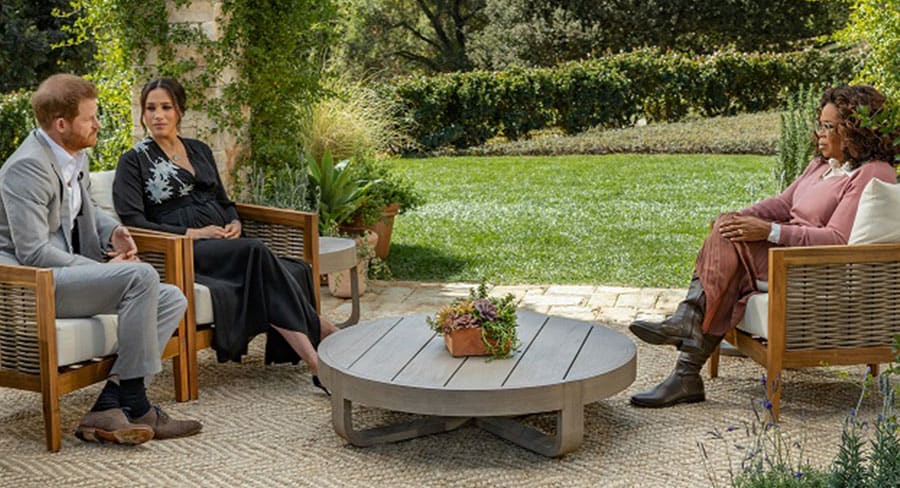 The special is produced by Harpo Productions.

Network 10 has announced that it has acquired the Australian rights to Oprah With Meghan And Harry as Oprah Winfrey sits down with Prince Harry and Meghan Markel, The Duke and Duchess of Sussex, for an intimate conversation to air Monday, 8 March at 7.30pm on 10.

Winfrey will speak with Markel, The Duchess of Sussex, in a wide-ranging interview, covering everything from stepping into life as a Royal, marriage, motherhood, philanthropic work to how she is handling life under intense public pressure. Later, the two are joined by Prince Harry as they speak about their move to the United States and their future hopes and dreams for their expanding family.

The couple stepped down from full-time royal life in March of last year due to the media scrutiny and the strictures of their roles.

In the interview, the couple sits opposite Winfrey and side-by-side in a garden setting. The couple lives in Montecito, California, where they are neighbours of Winfrey. The couple announced they’re expecting their second child earlier this year, following the birth of their first son in 2019.

In the interview, Markle wore an empire-style black dress with embroidery, while Harry wore a light gray suit and white dress shirt.

There was controversy last month when the Royal Family released this statement about Harry’s and Meghan’s royal roles: “Following conversations with The Duke, The Queen has written confirming that in stepping away from the work of The Royal Family it is not possible to continue with the responsibilities and duties that come with a life of public service,” the palace statement said.

In response, Harry and Meghan pushed back with a statement: “We can all live a life of service. Service is universal.”

The special is produced by Harpo Productions. Executive producers are Terry Wood and Tara Montgomery, co-executive producer is Brian Piotrowicz. The special is internationally distributed by ViacomCBS Global Distribution Group. The two-hour primetime special is scheduled to air on Sunday, March 7 from 8:00-10:00 PM, ET/PT on the CBS Television Network in the U.S.