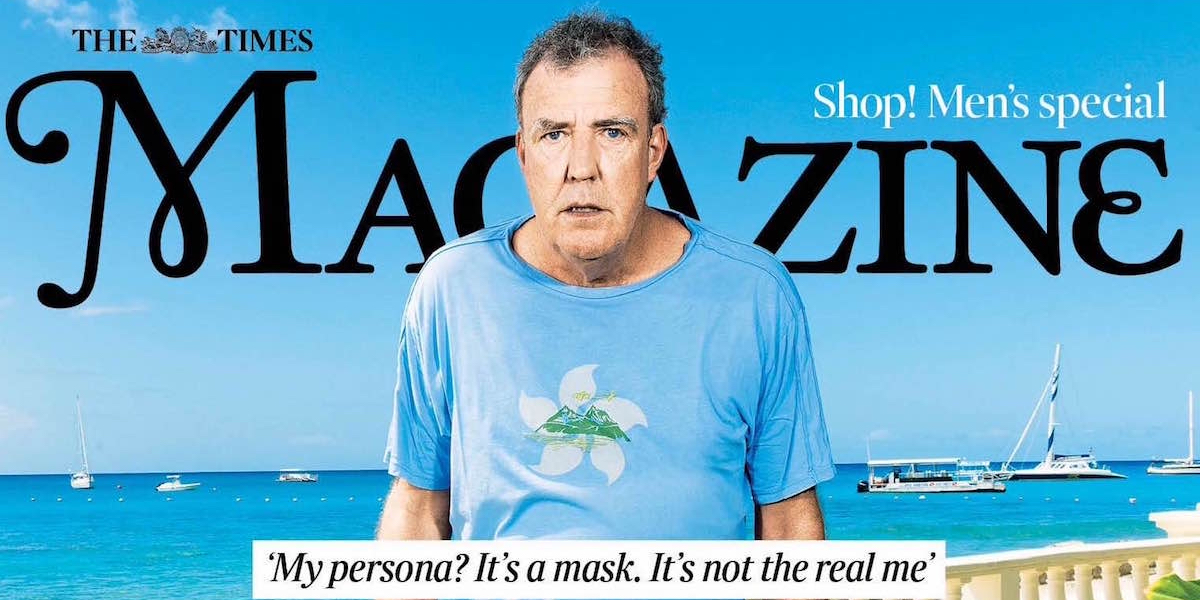 Highlights from The Times magazine interview with Jeremy Clarkson

Wonderful feature from @chedwardes [in @TimesMagazine] who visits @JeremyClarkson for an interview over a couple of days. You won’t find out much about the new Amazon motoring TV series, but some great insights into Clarkson.

Highlights
Twelve months after being sacked by the BBC for punching his producer, a period in which he also lost his mother and his home, Jeremy Clarkson talks to Charlotte Edwardes about life after Top Gear:
I am on holiday with Jeremy Clarkson in Barbados. Sorry, I am working and he is working. He’s out here filming the new, as yet unnamed Amazon Prime version of Top Gear. I am interviewing him. “This is work!” he shouts over the squirrel spray of the jet ski, then skids at 45mph to douse me in seawater.
I’ve been chasing Clarkson for this interview for more than a year, and having been batted away with multiple versions of “No, thank you”, I’m only here now because, in a moment of “bravado”, he texted me something along the lines of, “All right, come on then, but it has to be in Barbados tomorrow.”

Acting like Jeremy Clarkson
“The whole thing is an act, of course,” he says at one point. What? “My job, my TV persona. ‘Jeremy Clarkson.’ It’s a mask. We all wear masks. It’s not the real me.” Is he suggesting that the man who’s made £30 million from “being himself” is a con? “Yup.” Then who is the real you? “I’m not telling you,” he laughs. 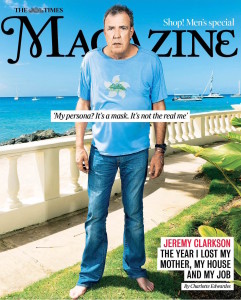 Frequent flyer
This is his itinerary over the next weeks: India, Jordan, America, Mozambique, Sweden.

Drinking
At 11.15am, Clarkson switches from espressos to beer. Boy, can he put it away. I ask him about reports that he was drinking too hard and rumours that [BBC boss] Tony Hall had told him he could keep his job if he went to rehab. “I still can’t drink as much as James May,” he deflects.

Clarkson has a driver!
I’m astonished to hear he has a driver, a man called Andy, but he quickly corrects this to say he’s “a Man Friday” who does a little bit of everything. Like drive.