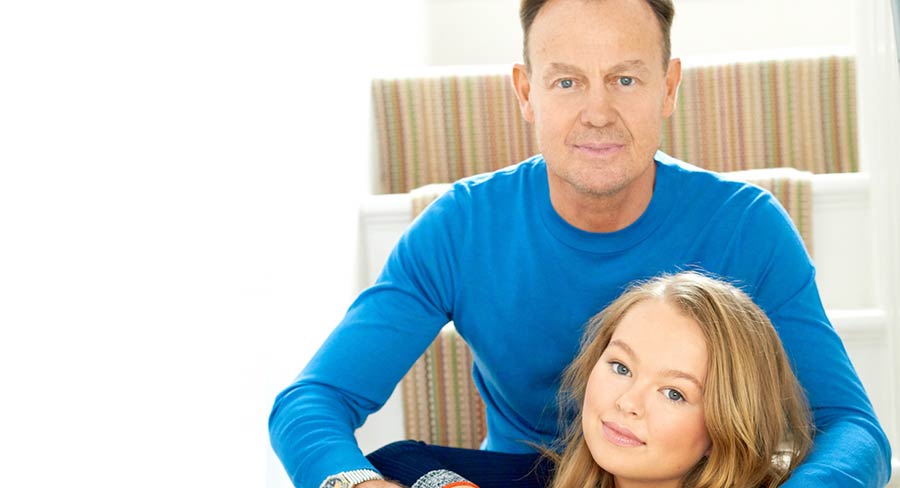 First there was Jason Donovan, who we swooned over as the popular, handsome and suave Scott Robinson.

Network 10 and Fremantle have revealed that a third generation of the Donovan family is heading to the 10Peach drama Neighbours:

First there was Jason Donovan, who we swooned over as the popular, handsome and suave Scott Robinson.

Then there was Terence Donovan, who we loved as the easy going, relaxed family man, Doug Willis.

Not one to shy away from the big screen with her natural ability and passion for the industry, Jemma starred alongside Hugh Bonneville in the BBC One film Mr. Stink at the age of 11, and appeared in the 10-part Netflix series Spotless in 2015.

Jemma will join the cast to play Harlow Robinson, a whip smart, diplomatic, complex young lady with a curious mind.

And as we know, the surname Robinson is synonymous with drama, so we can promise that when Harlow lands in Ramsay Street, drama will ensue as her complicated family history starts unravelling before her eyes.

On the casting of his daughter, Jason Donovan, said: “Neighbours is an incredible learning curve for any young actor. It’s become an institution and I’m so grateful for my time on Ramsay Street.

“There are so many great memories for me looking back, and to be honest this is Jemma’s moment. My dad had a wonderful few years and I’m sure Jemma will also embrace the experience and honour the past.

“She needs to look forward, be an open book, learn from her experiences and have some fun. What an opportunity!” he added.

Jemma Donovan said: “I am so happy and very honoured to be a part of a series which has been enjoyed by generations.

“I really like my character Harlow. She is very head strong, and I enjoy playing that type of character who knows what she is doing and likes to get involved and Harlow seems to have those qualities,” she said.

Neighbours executive producer Jason Herbison said: “Jemma did a fantastic audition for Neighbours and her pedigree was an unexpected surprise. Jason and Terence are Ramsay Street royalty and it warms all our hearts to know there will be a third generation Donovan on the show. I’m excited to see Jemma carry the torch and make the character of Harlow her own.”

Jemma Donovan will appear on Neighbours from July 2019.

Neighbours and Australian drama with Sara Richardson and Andrew Mercado

If you have dismissed Neighbours as a show that is not worthy of your time, it might be time to reconsider your viewing habits. According to one of the most passionate and knowledgeable fans of Australian drama (Andrew Mercado), the past few weeks have been amongst the best in Neighbours’ last 35 years. Mercado celebrates the soap with Network 10 Neighbours’ executive producer Sara Richardson. The two of them have a good old time and Sara even has some insights into how she broke into the TV industry. She also reveals some of the classic factual and drama series she worked on before 10 at Playmaker and Essential Media.