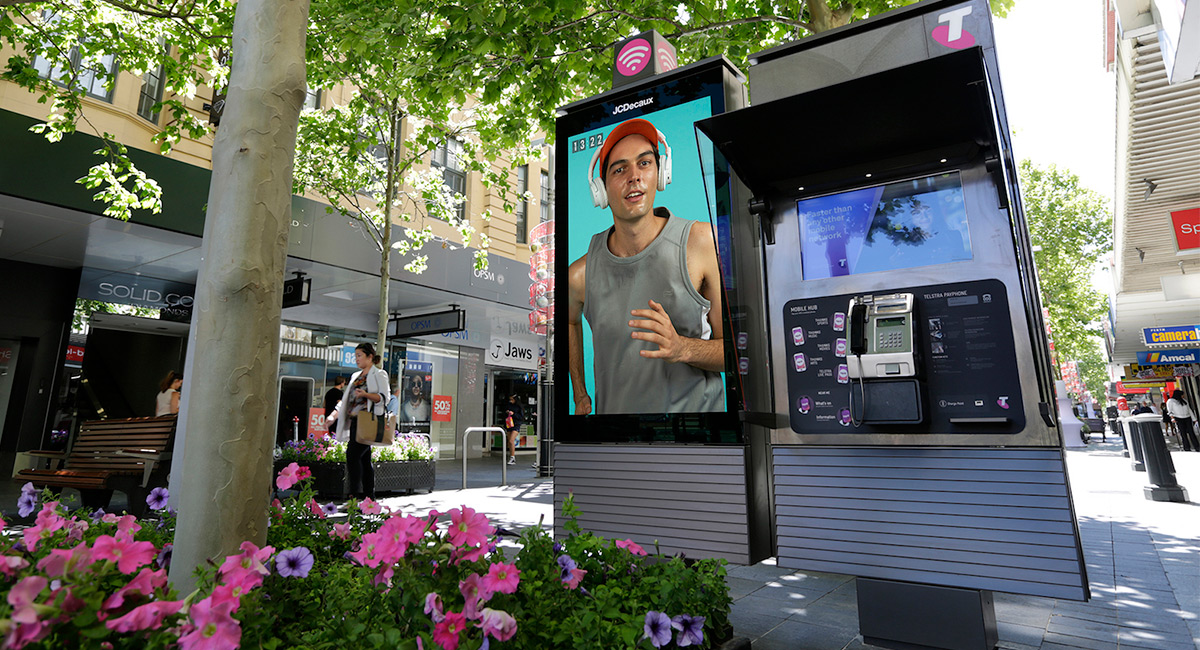 Developed by the JCDecaux Media Lab in Paris in consultation with Telstra, the unique digital kiosks will provide next-level public access and connectivity capabilities to Telstra customers and advertisers alike.

• Each kiosk is Wi-Fi enabled, with USB charge docks and mobile integration hubs plus Telstra touchscreens, with partners such as Perth City Council, to display local information for the community.

“The new generation Telstra digital kiosks are located in the malls and high pedestrian areas of Perth’s CBD, providing advertisers with a very powerful digital solution in the heart of the city,” JCDecaux national sales director, Oliver Newton, said.

“We will be introducing a brand new format across Australia with unprecedented scale, built for today and primed for the future – a network that we believe will become the most sophisticated digital out-of-home ecosystem in Australia.”

The rollout of Telstra kiosks will follow in the New Year across Melbourne’s CBD.