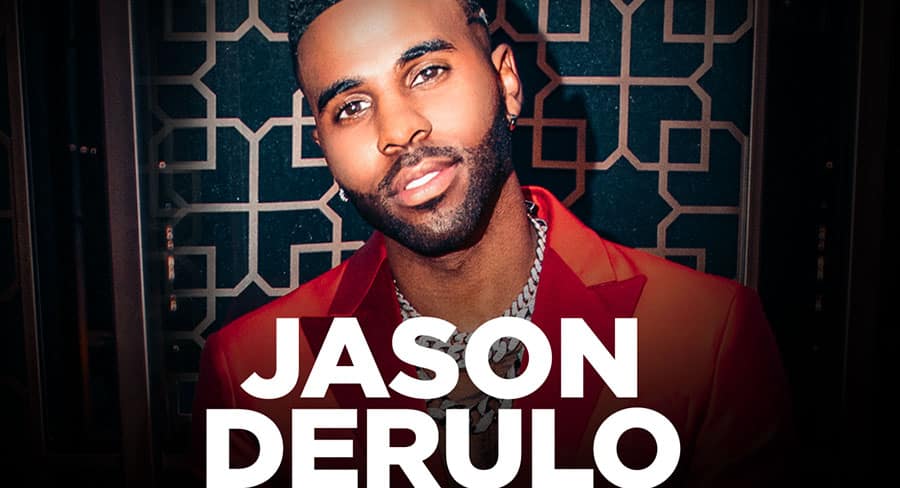 • RNB Fridays Live kicks off in Perth on Friday 8 November

Jason Derulo, will perform live on The World Famous Rooftop on Tuesday 12 November.

Touring as part of the RNB Fridays Live lineup, Derulo’s hit “Swalla” has over 1.38b  views on YouTube.  Listeners across the Hit Network will have the chance to win tickets to the exclusive World Famous Rooftop hosted by Dave Hughes and Ed Kavalee. Listeners of The Fox and The Hit Network’s regional Victoria stations will have the chance to win tickets from 28 October – 8 November.

Shoppers at Bayside, Northland and The Glen shopping centres will also have a chance to win tickets to this private event by signing up to their local centre’s database and entering online. The Hit Network’s World Famous Rooftops have played hosts to globally renowned artists such as Katy Perry, P!nk, Justin Bieber and Ed Sheeran. This will be Jason’s second World Famous Rooftop after performing in 2011.

For the fourth year in a row, RNB Fridays Live kicks off in Perth on Friday 8 November with the colossal event continuing on to Melbourne, Adelaide, Brisbane and Sydney.