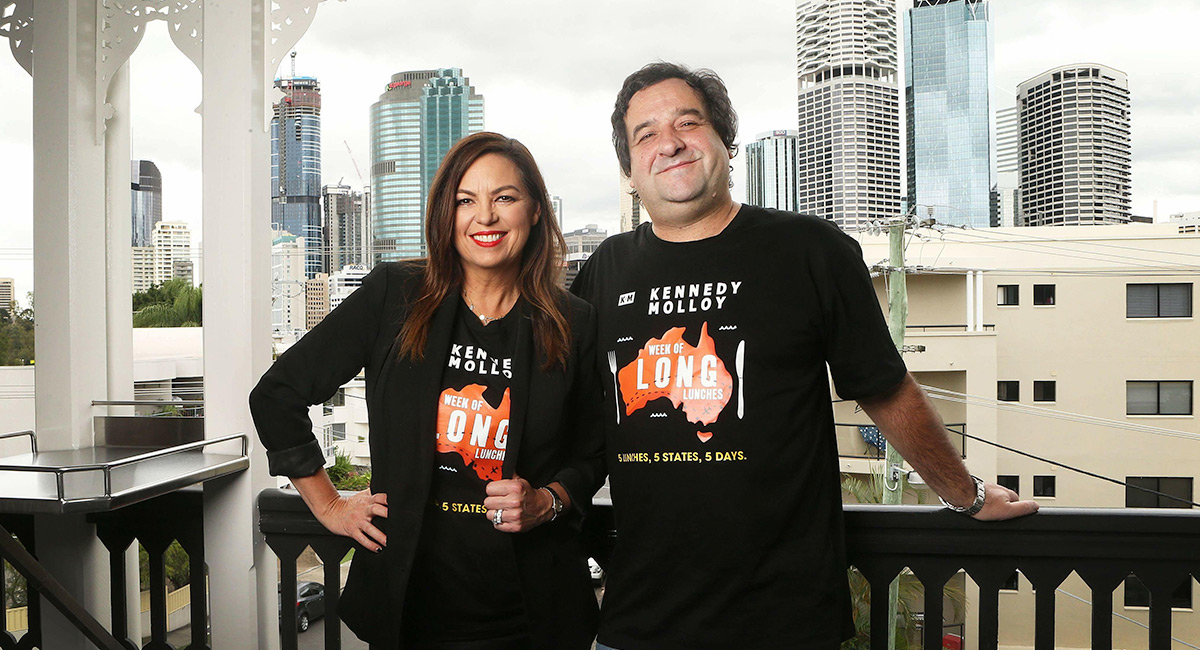 Triple M announced on Friday that Jane Kennedy will be stepping away from her role on Triple M’s national drive show, Kennedy Molloy, which she has co-hosted with Mick Molloy for the past three and a half years.

Despite having a brother-in-law who is one of Australia’s best media lawyers and contract negotiators, Greg Sitch, Kennedy and SCA were unable to agree on a figure that would keep her away from her preferred 2021 outcome – looking after five teenagers at home.

For more of Greg Sitch, who also advises and negotiates for Kyle Sandilands on contracts, listen to the December 2020 Mediaweek podcast with Sandilands.

Use the PodcastOne app or listen via your favourite podcast platform.

Jane Kennedy said: “When I first accepted this amazing job I joked about leaving my kids at home to go and have a bit of fun for a couple of hours a day at work. The truth is doing a show like Kennedy Molloy is so much more than that. It’s a show I cared about 24/7.

“This year marks my third VCE/HSC student in a row and I think most parents will understand what that means, particularly during a COVID lockdown bubble. I tried to make both work but it’s just become too hard to keep that balance in check so I’m waving the white flag.

“Mick Molloy is the funniest person in Australia and it has been a joy and privilege to work with him. We are great friends. I want to thank the incredible team from KM for their dedication and talent. I love them all and I’m so sad to leave but I will listen every day to what will continue to be the best drive show in the country.”

Molloy said: “Jane Kennedy is the funniest, smartest, toughest chick I know. If she says she’s got too much on her plate, then that’s the end of the argument. Jane will be missed by me, our team and anyone who enjoys listening to cracking radio. I guess I will have to chalk this up as yet another significant relationship with a woman that didn’t last as long as I would have liked.”

Head of the Triple M Network Mike Fitzpatrick said “The past year has created an opportunity for many of us to reassess our lifestyle priorities and I think there’s a lot of people going into 2021 with a renewed focus on what’s most important in our lives. It’s been so wonderful having Jane on Triple M, she will be missed by us all.

“Triple M’s national drive home will now be hosted by Mick Molloy and the brains trust has worked overtime to come up with a new show name. Molloy will commence Monday afternoon at 4pm across the Triple M network.

“As for Mick punching on with his own show. He’s got more than a few runs on the board. If anyone can go out and deliver a captain’s knock for the drive home, it’s him,” Fitzpatrick added.

Molloy added: “Jane is irreplaceable so we will bat on without her. It will be all hands on deck from our team and the wonderful and funny friends of the show we have collected over the last three years. Sadly for Dave he will still not be on the poster.”