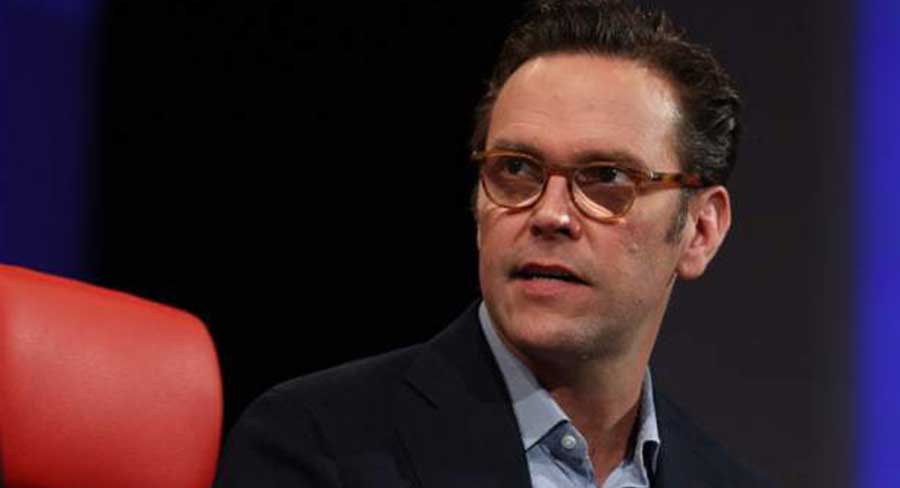 • The youngest son of Rupert Murdoch, has quit his directorship of News Corporation

It was only a short two sentence letter addressed the directors of News Corp, but its content has caused reverberations at the business around the world.

James Murdoch, the youngest son of Rupert Murdoch, has quit his directorship of News Corporation, the company where his elder brother Lachlan and father Rupert hold positions of executive chairman and co-chairman with Robert Thomson running the day-to-day business as chief executive.

I hereby tender my resignation as a member of the Board of Directors of News Corporation (the “Company”), effective as of the date hereof.

My resignation is due to disagreements over certain editorial content published by the Company’s news outlets and certain other strategic decisions.

The only response from either James’ brother and father to his resignation was a short statement:

We’re grateful to James for his many years of service to the company. We wish him the very best in his future endeavours.

Neither of the Murdochs have taken part in News Corp earnings calls for some time. But it is possible that News Corp Chief Executive Robert Thomson and Chief Financial Officer Susan Panuccio will be asked about James’ departure at the fourth quarter and full year’s call on Thursday this week in New York after the market closes.

When Rupert Murdoch’s family make public statements it’s tempting to read them as actual messages to the public – but the Murdochs don’t work that way.

When they make a public statement, usually they’re sending a message to each other. Sharing so much fractured history and a $US15.5 billion ($21.7 billion) fortune can do that to a family.

It’s not just that James resigned from a newspaper company in which he was never very interested, citing “disagreements over certain editorial content published by the company’s news outlets and certain other strategic decisions”.

It’s that he forced Rupert and Lachlan’s company to file his resignation letter, publicly citing News Corp’s political bias, to the SEC.

The Daily Telegraph (UK)’s Christopher Williams wrote (in a piece also published in The AFR):

The biggest surprise in James Murdoch’s departure from the board of News Corp is that it took him so long. In May last year, The Sunday Telegraph reported that after the sale of most of the Murdoch television and film assets to Disney and his receipt of a $US2 billion cut ($2.8 billion), he planned to take “precisely zero” interest in what remains of the family business.

The Guardian reports How departure of James laid bare the Murdoch family rifts:

The unfolding story of the Murdoch family empire is often likened to a television soap opera: there is plenty of jetsetting, wheeler-dealing, power-broking and personal intrigue.

Yet Rupert Murdoch’s dominance of the media scene in Britain, America and Australia has been established for such a long time now that, if it were a fiction, fresh plotlines would be in danger of running out. We have already seen sibling rivalry, feuds, treachery, marital discord and public moral outrage.

But the “writers’ room” churning out scripts for “The Murdochs” in a backroom somewhere has pulled off another triumph this weekend. James Murdoch, the media magnate’s younger son, has walked away from the business that has shaped his life and out of the control of his 89-year-old Melbourne-born father.

It’s important to say this about James Murdoch quitting the board of News Corp, of which this paper is part.

I don’t want to offend my boss, but his son did the right thing, because no board member can publicly trash their own product.

Yet James in January announced he was “particularly disappointed with the ongoing [climate] denial among the news outlets in Australia”.

Now he says he’s resigned “due to disagreements over certain editorial content published by the Company’s news outlets and certain other strategic decisions”.

But there’s a second reason I say “good”.

No newspaper executive should be an enemy of debate, and accuse sceptics like me of being in “denial”.

I deny nothing. I quote science to say a warming earth has not produced the predicted disasters. We have bigger grain crops, fewer cyclones, more rain over Australia, more polar bears, a greener planet and more atoll islands growing rather than sinking.

James Murdoch wants the world to know he is out of the family business.

Once considered a potential successor to Rupert Murdoch, James Murdoch on Friday resigned from the board of the newspaper publisher News Corp, severing his last corporate tie to his father’s global media empire.

The two sides began discussing James Murdoch’s departure from the News Corp board earlier this year, according to two people with knowledge of the matter.

But his terse resignation note belied the behind-the-scenes drama that has brought James to this point in his life and career. And it widened the schism that has emerged between James and his 89-year-old father and his older brother, Lachlan, once a dynastic triumvirate that for years held sweeping influence over the world’s cultural and political affairs.

Weeks ago, James and his wife jointly contributed more than $1 million to a fund-raising committee for former Vice President Joseph R. Biden Jr., the presumptive Democratic nominee for president. And in February, as wildfires raged across Australia – his father’s birthplace – James issued a rebuke of his own family’s media properties, criticizing how Murdoch publications have covered climate change.

The London-born, Harvard-educated James remains a beneficiary of his family’s trust, meaning he will continue to financially benefit from the profits of Rupert Murdoch’s news and information assets.

And although his resignation letter cited “certain editorial content,” James did not speak specifically about Fox News, the hugely profitable cable channel where prime-time hosts like Sean Hannity and Laura Ingraham openly cheerlead for Trump.

A spokeswoman for James Murdoch declined to comment further on the reasons for his departure, saying the letter “speaks for itself.”