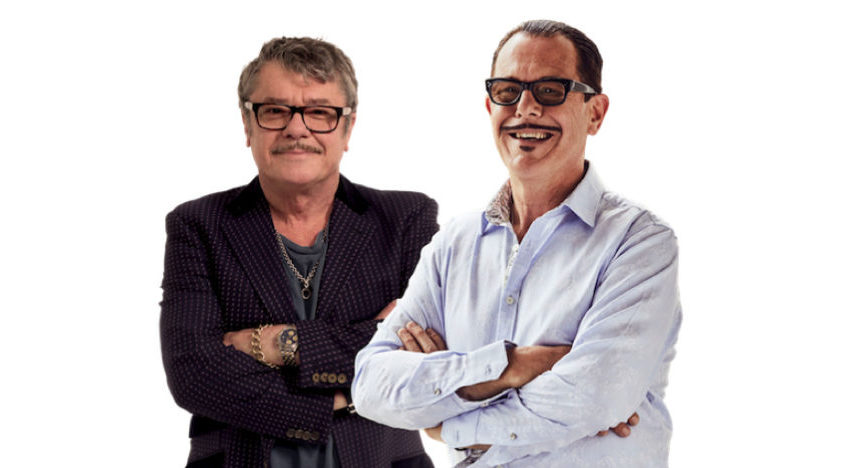 SCA this week rebrands its stable of regional radio stations

Triple M has announced that Australian rock royalty, Tim Farriss and Kirk Pengilly of INXS, will be a part of Triple M’s regional lineup from Thursday December 15.

The INXS band members will join SCA to co-host their own one-hour radio show as part of Triple M’s regional lineup. They can be heard on 29 regional stations nationally from Thursday December 15 to Friday December 23.

They will team up for seven days to provide Triple M listeners with a unique offering, picking the music they want to play and sharing stories from their life on the road as INXS.

Kirk said: “To find out that earlier this year MMM regional listeners voted INXS as the Greatest Artists Of All Time was overwhelming – a testament to MMM’s support. When they suggested Tim and I have ‘great heads for radio’ I was in! We’re very excited to be given the opportunity to DJ at the Ms. See you on the wireless!”

Tim added: “Triple M has been there since the beginning for us so Kirk and I were ecstatic when asked if we’d like to spin some of our favourite tunes and stories on air and bring a bit of Tim and Kirk to the listeners with our very own show.”

Southern Cross Austereo’s regional head of content Mickey Maher said, “The history between INXS and Triple M goes back decades. To have Tim and Kirk help introduce Triple M to regional Australia is a privilege not only for us but for our listeners who back in June chose INXS as the Greatest Artists of All Time.”