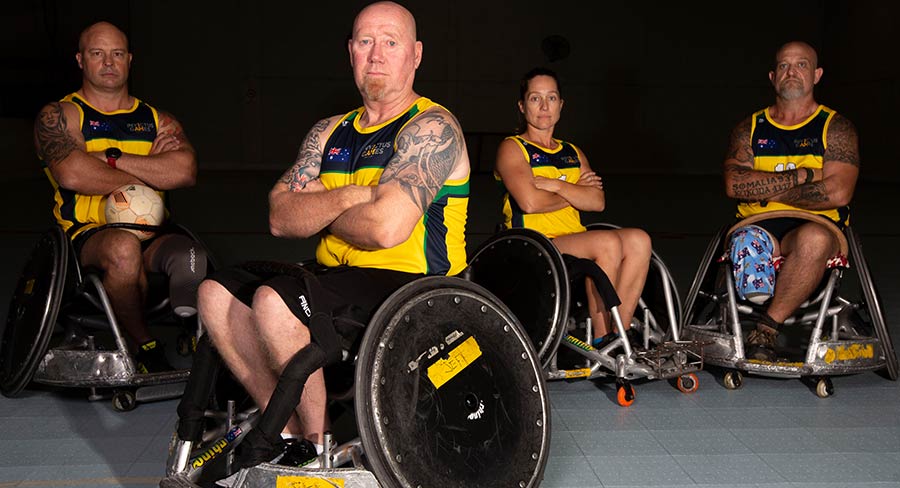 Nicole Bradley is the co-captain of the Australian Invictus Games Sydney 2018 team and will be participating in athletics and power lifting. Stewart Sherman is participating in wheelchair tennis and archery.

The ABC is the official broadcaster of the Invictus Games Sydney 2018, which will be held across Greater Sydney, including Sydney Olympic Park and on and around Sydney Harbour, from Saturday October 20 to Saturday October 27.

The ABC will broadcast 100 hours of live, original and curated Invictus Games-inspired content including Invictus Games Today; local and international documentaries; news, science, sport, health and children’s programs; the opening and closing ceremonies and live coverage of the events.

Broadcast live from the forecourt of the iconic Sydney Opera House, the Invictus Games Sydney 2018 Opening Ceremony will celebrate the power of the human spirit by sharing personal stories of recovery, endurance, rehabilitation and overcoming adversity from the many rich and diverse cultures that make up the Invictus Games family.

ABC TV’s coverage of the opening ceremony will be anchored by Chris Bath, with co-hosts Anthony “Lehmo” Lehmann and Dylan Alcott, with Curtis McGrath as military expert commentator. The closing ceremony will be a celebration of the Games, broadcast from Sydney Olympic Park.

ABC’s coverage will again be anchored by Chris Bath with co-hosts Anthony “Lehmo” Lehmann and Dylan Alcott, with Curtis McGrath as military expert and commentator.

The program is being produced for the ABC by Eddie McGuire’s JAM TV.

ABC IVIEW WILL BE THE DEDICATED HOME OF ALL LIVE SPORT

iview will exclusively stream events including athletics, road cycling, swimming, sailing, wheelchair basketball and wheelchair rugby. iview will also be the home of all video on demand with competitor profiles, the opening and closing ceremonies, the documentary Fighting Spirit – The Wheeling Diggers’ Invictus Games Dream, as well as each episode of Invictus Games Today.