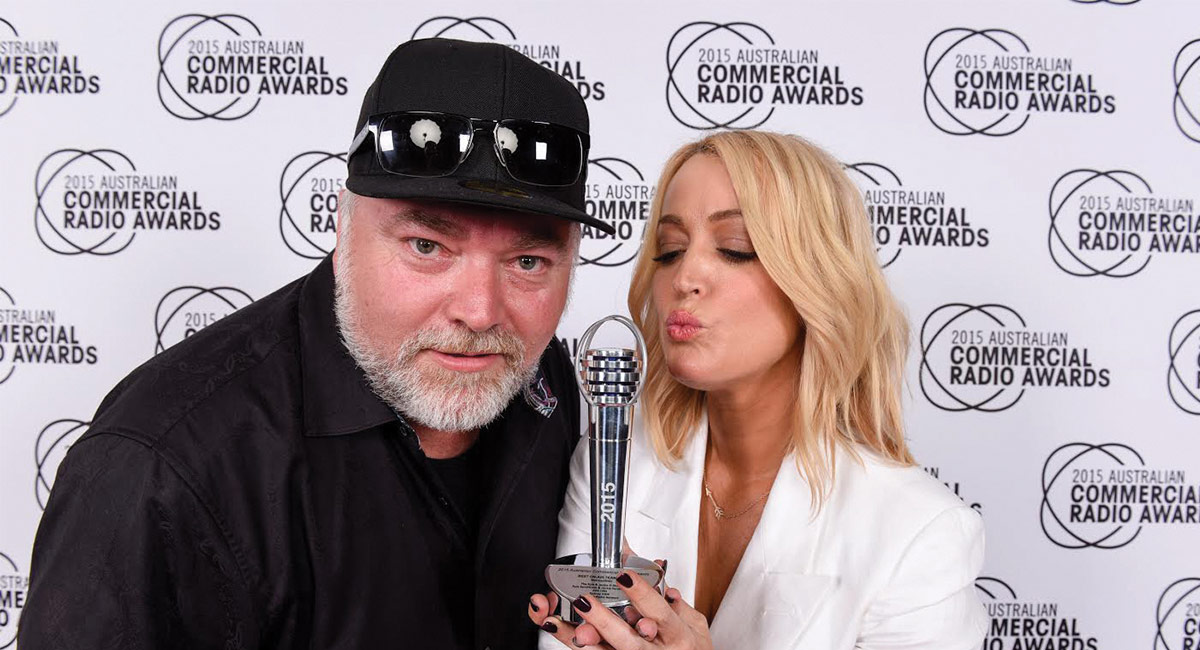 After the Steve Smith press conference at Sydney Airport last Thursday, Intern Pete (Kyle and Jackie O producer and reporter Peter Deppeler) has been one of the most talked-about people in Australian media.

• The Aussie media reacts to the cricket cheating scandal

During a special segment on The Kyle and Jackie O Show this morning, Pete broke his media silence to explain what went wrong. Although Pete expressed regret at the timing of what happened, Kyle Sandilands was adamant he did nothing wrong and had nothing to apologise for.

Jackie: “What were you hoping to get from asking the question?”

Pete: “After these guys had been slammed for the past week I just wanted to try to sympathise with them.”

Kyle: “I don’t think cricket ball tampering is all that bad. I certainly don’t think what Pete said was that bad.”

Pete: “I would like to apologise to Steve Smith. I feel for the guy and my timing definitely wasn’t right. I am truly sorry to Steve for that.”

Kyle: “Everyone else can shove it in their arse… What sort of a mental case would wish you dead over this which is nothing?” Pete: “I was told to hang myself, another said they hope I get HIV AIDS and die. Don’t feel sorry for me, but people attacked my family and people told my mum that her son should go and kill himself.”

Kyle Sandilands then played some audio from 2GB’s Ray Hadley. Before that, Sandilands called Ray Hadley a “pretend person. It is an act – he makes it up. If you see him in the street he runs off like a coward.”

The audio of The Ray Hadley Show said : “I don’t know the bloke involved, he might be a nice bloke, but he carried on like a complete dickhead last night. [The press conference] was a dignified and solemn moment, which was brought undone by some complete buffoon trying to ingratiate himself with Steve Smith.”

Jackie O then said the biggest misconception is that Intern Pete was trying to create a headline.

Sandilands then again referred to Ray Hadley “pretending to be a big man. It is funny that all the hate can go from one cricket player to Pete who is only trying to lighten the mood of the room.”

Sandilands said he didn’t know anything had been going on until Nine News showed up at his farm on Friday morning, unannounced. Sandilands called Ray Hadley a “pretend person. It is an act – he makes it up.”

“The Project gave a more balanced version than old pretend Ray Hadley. What a coward that bloke is! Over there pretending you are a big man – you are a piece of shit.”

Jackie O then tried to calm things by noting: “The whole point of this is about people attacking others…”

Sandilands: “I am putting it back on him. [Hadley] doesn’t know what Pete is going through. What if Intern Pete actually took his life on the weekend? All those cowards would be running away and hiding.”

The K&J Show then played audio from The Project and comments from Chas Licciardello calling for calm. “What wise words!” said Jackie.

Sandilands then wondered how Intern Pete had become the villain out of the entire ball-tampering scandal.

Kyle: “Pedestrian is a piece of shit. Who cares about them?”

As to a suggestion that Cricket Australia would no longer advertise with the station, Sandilands said: “Who cares? Keep your money.” Intern Pete on the red carpet with Margot Robbie

Statements released over the weekend by Intern Pete and then ARN

“As everyone watching at home saw, the solemnity of the press conference was extraordinary. To many, it held a lot more intensity than one would expect for a sporting incident. Steve was so upset, which surprised everyone in the room, and I just wanted to let him know that it truly wasn’t the end of the world. It wasn’t my intention to make light of his personal situation, but to show him that the millions of Australians who aren’t obsessed with cricket empathise with him. But timing is everything and, on reflection, it wasn’t the best time to ask that.

“This wasn’t a setup stunt. Heading to the airport I didn’t actually realise it was going to be a press conference. Along with many of the other media outlets, we were initially told he’d be walking through the airport and, along with all the other waiting journalists and reporters, I thought I may be able to call out a question to him as he walked through.

“Coming from all the Australians who don’t follow cricket and find it fascinating and even concerning that so much pressure has been placed on these players like Steve, I really did just want to inject a moment of light and warmth to what was such a serious situation. All week everyone had been acting like he was a criminal and I wanted to show him that many Australians don’t think the world has ended because of this tampering incident.”

In response to the backlash that he’s received:

“Many Australians take their cricket very, very seriously, and others, not so much. From those who do take it seriously, I understand where they’re coming from. For the rest of the country who don’t follow the sport, I’ve received a lot of support as they can see the level of social media trolling that’s been directed at me, which, ironically, had all previously been directed at the three cricket players since it was revealed they’d cheated.”

Released on Friday from ARN:

Q: Did Kyle & Jackie personally direct Pete to go to the press conference and to ask that particular question?

“No, Kyle or Jackie didn’t personally direct Intern Pete to go to the press conference. As a reporter on the show, and like most media professionals in similar roles, Pete will often go to press conferences, events, and promotional junkets that are either celebrity, pop-culture or current affairs-based to see what content he can bring back to the show, and this was one of those occasions.”

Released on Saturday afternoon from ARN:

“We’ve yet to hear directly from Cricket Australia. However, we’re very willing to talk through any questions or concerns that they may have.”

Q: Have other advertisers pulled advertising?