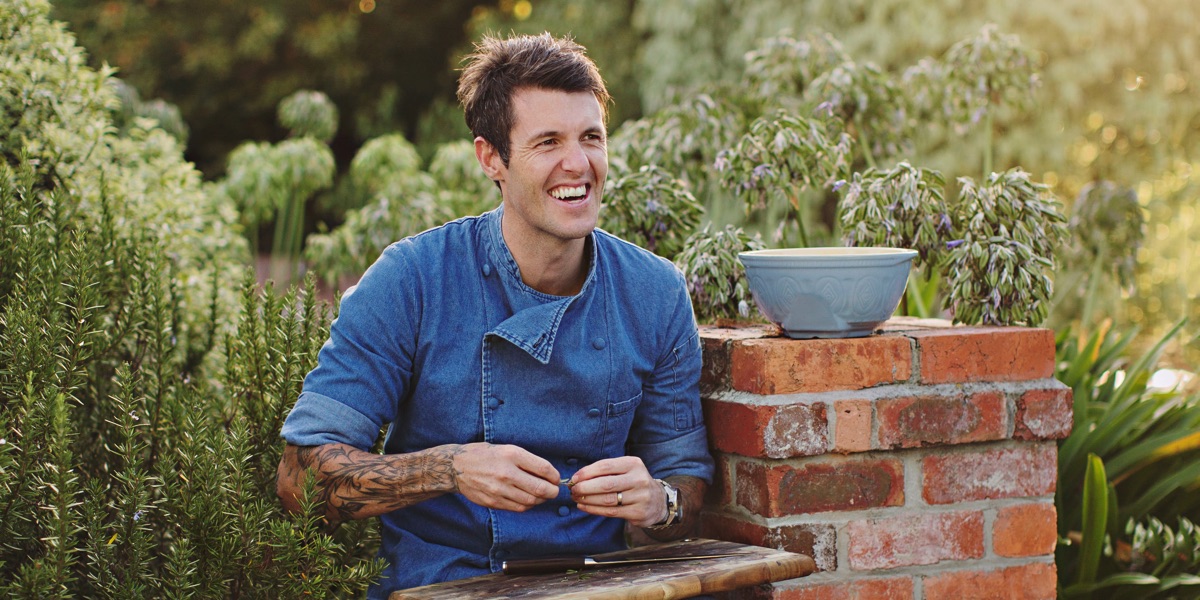 The 2012 MasterChef finalist has no qualms about being typecast. After shooting two seasons and 180 episodes of Ben’s Menu in Tasmania, Ben Milbourne is ready to launch a new show which will again feature him showcasing Tasmanian food culture. He’s not concerned about being known as “that Tasmanian food guy”.

“I think food and tourism go hand in hand.”

“I don’t think it’s a problem because I am that Tasmanian guy,” Milbourne told Mediaweek. “That’s where I live. That’s where the restaurant is. And that’s where home base is for me. I travel around with all the filming I have to do, whether it’s overseas stuff with Andy [Allen] or stuff we’re doing right now with The Offroad Adventure Show.

“Tasmania is home, so it’s always nicer to me if we can film stuff down there. I can be close to family and show off the things that I love – the things that I know and am the most passionate about. When I go out and visit local producers, they really are the producers I’ve got to know over the last four or five years and have a strong connection with.”

Milbourne’s new series, Tasting Tasmania for Lifestyle FOOD, is as much a travelogue as it is a show about cooking. Like his prior series Ben’s Menu, the new show is produced by Creative Media Productions – known for their work on a number of other travel and food series like Huey’s Kitchen and Luke Nguyen’s United Kingdom.

The series will be shot chronologically so that viewers interested in their own food tours of Tasmania can watch the show and trace in Milbourne’s footsteps.

“It’s about a journey through Tassie. We circumnavigate the state. Start in a particular area and if you want to follow where we travel to, you can get on a map and look as we make our way around the state,” he explained.

The format is a departure from Ben’s Menu, which was much more focused on the food, with Milbourne seen making very specific trips to explore Tasmanian food. Tasting Tasmania, however, has Milbourne on one long food tour.

“I think food and tourism go hand in hand. We have a well-informed public now when it comes to food, thanks to shows like MasterChef, My Kitchen Rules, and all the lifestyle and food channels out there. An informed and enlightened public means they make better decisions when they go to the supermarket and decide to pick a particular produce or brand. They can reach for the brand that they think will support the country the best,” Milbourne said.

The tourism aspect was important to Milbourne, who considers tourism important to his own business. Food enthusiasts and fans can book multi-day food tours in Tasmania through Milbourne’s website.

The Tasting Tasmania format is built around Milbourne’s relationships with local growers. Anyone featured on the show is usually someone that Milbourne has cultivated a working relationship with already, with Tourism Tasmania having also suggested a number of other subjects.

“With the shows we do in Tasmania, I’m lucky I get creative licence. They come to me and ask who I want to showcase, who I have great relationships with, and who is doing wonderful things. I get to take the camera out to meet the people that I know and have met over the last few years – people who I think are doing outstanding things in Tasmanian produce,” Milbourne explained.

Milbourne is particularly interested in breaking down some of the misconceptions that viewers have about farming, which has also been a focus of his real-world tours.

“We took a group to visit a dairy called Ashgrove Dairy where the farm manager was flying a drone to check on cattle that were 3km away and using an iPad to drive a tractor. The farming technologies and the way in which we farm have completely changed. When people see that, they are amazed farming has come so far,” he said.