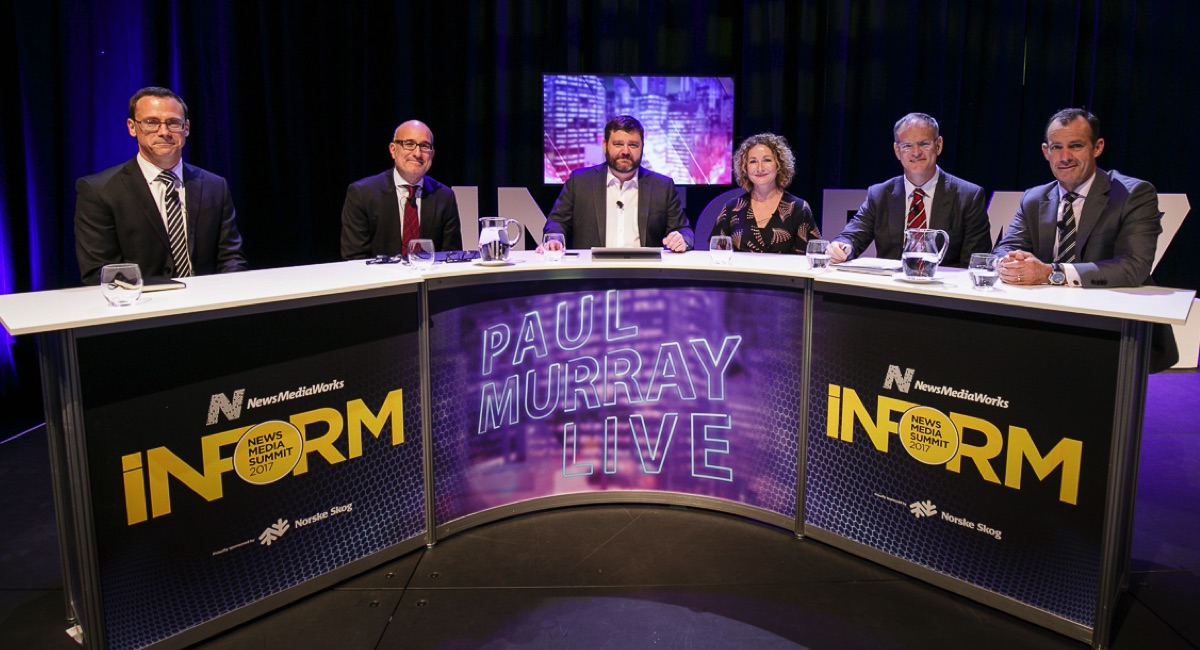 The INFORM News Media Summit was held in Sydney yesterday

The INFORM News Media Summit, organised by NewsMediaWorks, was held in Sydney yesterday. The highlight again this year was the CEO panel, which was conducted as a special edition of Paul Murray Live.

The panel was in furious agreement on most topics raised by Murray, in particular the need for media law reform and a need to clearly define what role both the ABC and SBS should be playing.

The panel also talked about the trust people have in established news brands. Michael Miller noted the continuing threat to regional news coverage under the existing rules. He also noted the biggest misconception about News Corp is that it is controlled by a single person dictating what people should be doing. He added jokingly he sometimes wished it would be that simple to control the company.

Network Ten CEO Paul Anderson spoke out about Facebook and Google too, and also noted how big a disruptor Netflix was in the TV sector. “We don’t know if their business model will see them survive long term, but we have to deal with them.”

He also noted the overnight TV ratings are becoming less relevant as to how many people are engaging with a broadcaster’s content. Anderson also questioned how Viceland and the Food channel fulfil the SBS charter, adding it seemed “a bit of a joke”.

Anderson was unable to talk about the impending CBS deal until after creditors had approved the transaction.