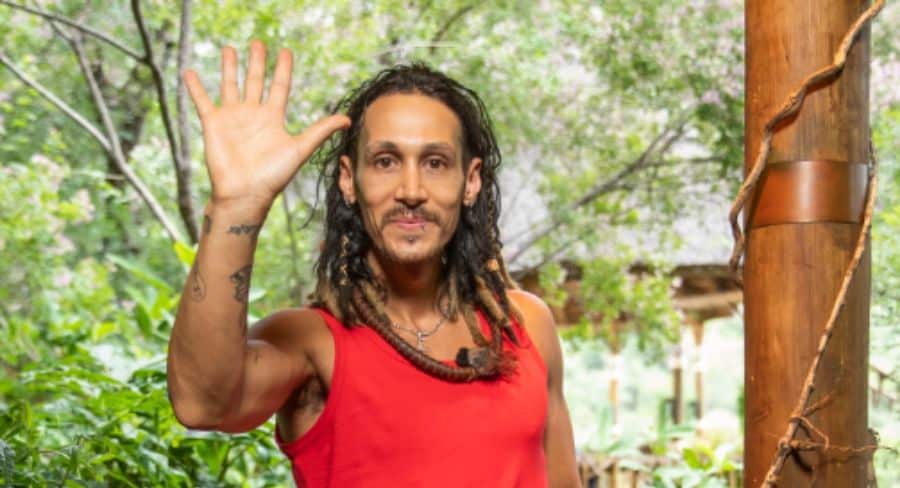 • The grand finale is on Sunday night At 7.30pm

Cosentino arrived into camp bearing champagne and graduation hats to announce the inaugural I’m A Celebrity…Get Me Out Of Here! 2020 Graduation Party.

The foursome each took their turn making a toast. Miguel toasted friendship…and something in Spanish, Dale toasted to never taking anything for granted, Cos toasted families and Rhonda… well, she didn’t stop toasting.

Our final four came together in last night’s hilarious trial, Help From Our Friends.

Sitting above a tank filled with jungle nasties, the celebrities had to match a departed celebrity with a category in which they believed they would have a got a question right upon exit. Get it right and they stay dry, but get it wrong and they will take a stinky swim.

Later in the show, Dr. Chris Brown and Julia Morris announced that grand illusionist Cosentino was the 11th celebrity to be voted out of the jungle.

It isn’t easy being a late-comer, but the camp welcomed Cos with opened arms.

From making a pair of glasses miraculously lift off the ground to calling Miguel’s bluff during a game of cards, Cosentino really did wow the camp with his magician skills.

One of the main attractions for Cosentino to join the 2020 cast, was to make money and create awareness for his charity, The Australian Literacy and Numeracy Foundation, an organisation close to his heart.

He competed in an impressive four trials, the most memorable being Spin It Or Bin It, where he had to consume blended mouse and emperor scorpion tails.