‘Planet Oz’ and ‘The Showdown’ come to iHeartRadio

ARN’s iHeartRadio Australia has announced the launch of two new stations: Planet Oz and The Showdown. 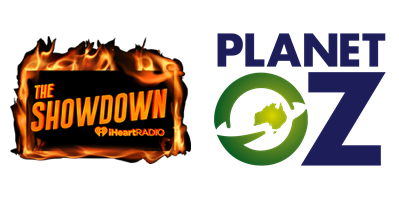 Launching just in time for this weekend’s AFL and NRL Grand Finals, The Showdown is a pop-up station that will get audiences in the mood to cheer on their favourite team for all high intensity, heart-stopping sporting clashes. It will provide the soundtrack to some of Australia’s biggest sporting events throughout the year.

The Showdown will pop up on iHeartRadio Australia for all major arena events that stop the nation including Grand Finals, State of Origin, Olympics, World Cup, and Commonwealth Games so audiences can tune in and listen to a mix of big anthem tracks and songs guaranteed to spark the spirit of competition.

Since 2014, Planet Oz has aired as a dedicated Australian music radio program on Sydney’s KIIS 1065 and Melbourne’s KIIS 101.1 broadcast weekly on Sundays between 6am-8am and Wednesdays 10pm-midnight.

It will now also be accessible as a 24/7 digital station hosted by Gordie Waters on iHeartRadio.

The new station extends iHeartRadio’s loyal support for Australian artists and music following the recently launched iHeartCountry Australia station, and the iHeartRadio Dance station which features seven Aussie DJs as hosts of their own show.