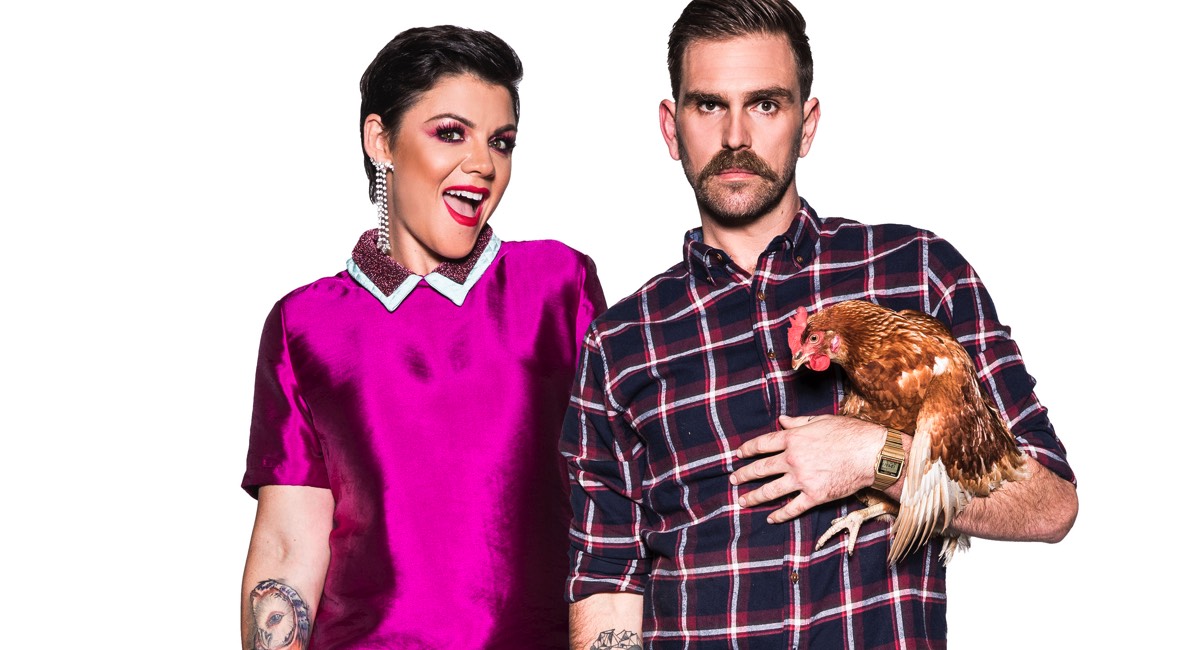 For many working in the radio industry, the opportunity to host a self-titled breakfast show in one of the biggest markets in the country would be a dream job. However, when comedian, singer and radio presenter Em Rusciano was offered the gig, she said no. It took Hit Network’s head of content Gemma Fordham a few tries to convince Rusciano to sign on the dotted line. She is now the presenter of what is known as The Em Rusciano Show With Harley Breen on 2DayFM.

When Mediaweek spoke to Rusciano, she’d just returned from LA, where SCA held a World Famous Rooftop event with singer P!nk. During an interview with the American singer, Rusciano said: “I’ve been compared to you my whole life.”

When Mediaweek asked what it was like meeting her doppleganger, Rusciano laughed and said: “Everyone said we’d get along like a house on fire.

“She has so many followers in Australia. I think that so many people that follow me mainly started liking me because I reminded them of P!nk.”

Rusciano, who is known for her outspoken personality, confirmed that her team’s predictions were true. This is clear when one watches the video of Rusciano’s interview with P!nk, which recently passed five million views on Facebook.

The social media platform is an important part of The Em Rusciano Show With Harley Breen. The show has a following of more than 71,000 on Facebook. The hosts of the show also have their own separate pages on Facebook. Em Rusciano’s page has three times more likes than that of the show.

“Our online community is huge and our podcasts are regularly in the top 10. Our videos also get millions of views. We have consciously decided to grow a wide community of not only the people who listen to us live on radio, but also with people who catch up with us via social, website, podcasts and through my platforms. You have to do that with radio now, because so much of the media is consumed after it has gone to air,” Rusciano said.

This is one of the biggest things that have changed since Rusciano last hosted a breakfast show, which was on SCA’s 92.9 in Perth. She left the show after four years in 2009. Another thing that has since changed is Rusciano’s approach to her job.

“We don’t do any sort of traditional radio stunts. In the past that was thought of as one of the things you had to do to get people involved with the shows,” Rusciano said. “I am really careful to not get caught up in a bubble.

“I am not curing cancer or doing anything that is extremely important. So I have tried to take a fun approach to it and not take it as seriously as I did in Perth. I was new then though – I’d never done anything in media. I was on a horrifically steep learning curve. I made so many mistakes. This time round, I’ve come in with a lot of learnings and have matured. I started breakfast radio in Perth when I was 25 and I am 38 now.”

Since the departure of Kyle and Jackie O from 2DayFM at the end of 2013, the station has now had four different breakfast shows including The Em Rusciano Show With Harley Breen.

“It takes two to three years to make a mark in a market and build a loyal following,” Rusciano said. “The people have to get to know us. Our social media stats show that we are having an impact.

“SCA is chilled out about the ratings. The show is going up slowly, which is better than a big jump, because that’s not sustainable. Growths of 0.2% make me feel calmer than massive jumps and falls.”

A large part of building a loyal following is assuring your listeners that you are not going anywhere, Rusciano said. Asked if she can promise her listeners that she would be back in breakfast next year, she answered: “I can’t even promise my kids where I am going to be tomorrow. [Laughs]

“I do have a contract for next year so I will be back. I don’t think Harley is going anywhere either.

The need to evolve

The podcasting industry could be a threat to the radio industry, Rusciano said as she called for more innovation in the sector.

“Commercial radio needs to really wake up to itself and start evolving and innovating,” Rusciano said. “Stop saying, ‘This is how we’ve always done it, so this is how we are going to do it.’ It’s time that we question everything and break the mould. If we don’t then we are going to get eaten alive by the podcasting industry.

“I challenge any content director, producer and maker who is reading this article to be different and challenge the norm.”