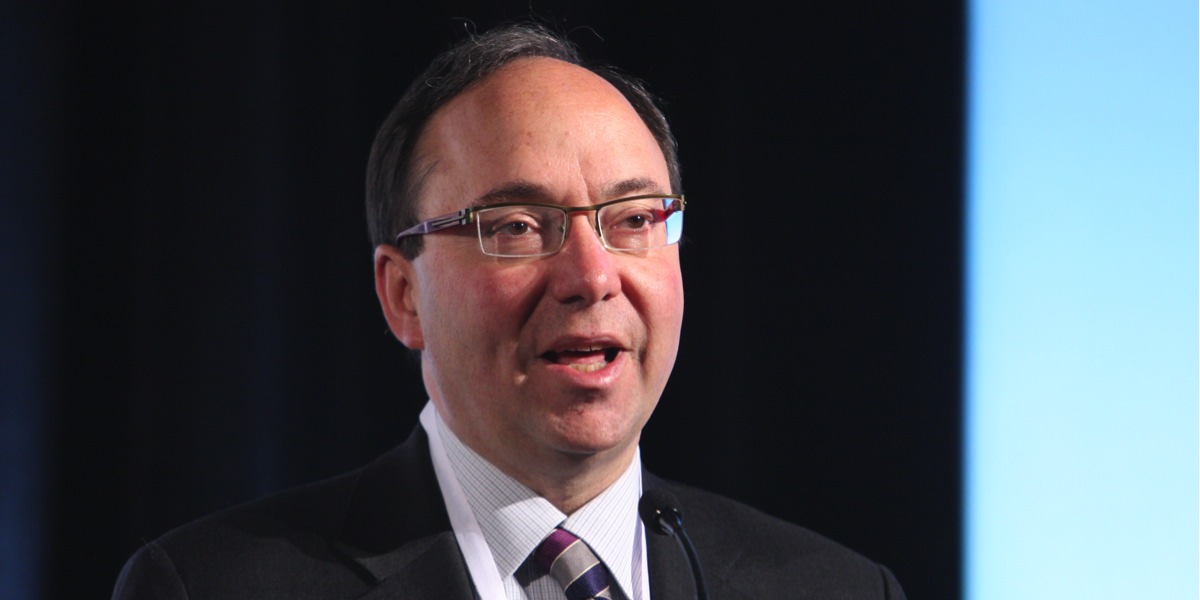 IAB boss: Digital spend will overtake all television in the next five years

Digital spend is to overtake total ad spend across television (FTA and cable) in the USA in the next five years, USA IAB CEO and President Randall Rothenberg suggested. In Sydney for the inaugural IAB Leadership Conference, he noted that advertisers are looking to follow consumers where they spend their time. Across a keynote called “Maximising the Potential in Digital Media”, Rothenberg address what he called the six key questions.

1. When will the viewable impression be our new currency?

Historically, without any major decisions, it just happened that the currency ended up as a served impression. Going back to the beginning of digital, it was taken for granted that an impression would count for purposes of payment when it left the server.

The inability to measure made no sense to me, because digital is the most measurable medium. What they meant was that they didn’t know what the right metrics were. After several years of trying to engage our allies from the advertisers association and the agencies association, we created an imitative called Making Measurement Make Sense to try and arrive at a consensus. What we really wanted to do was create the equivalent of a GRP (gross rating point), something that would make sense for brand advertisers.

Viewability, which was the standard metric across other means of advertising, wasn’t something that anyone paid attention to. Without the viewable impression as a baseline currency, we couldn’t create equivalencies with other media. We couldn’t be bought, planned, measured or optimised alongside television or outdoor or print.

We came to a political consensus, achieved technical understanding and got billions and billions of impressions worth of data so we could refine the standard. I’m very pleased to say that in the US, the viewable impression is the currency for brand advertising in digital. For measurable impressions, 2/3 are now consistently viewable.

[However], things that still need to be worked on. There are too many ad tech vendors – in the US alone, there are over 20 accredited viewability vendors. This should be baked into systems, it shouldn’t be subject to having separate vendors with separate charges and separate methodologies.

There is no mobile viewability standard, but a beta standard is going to be introduced in the next several months.

2. Can we make programmatic work for everyone?

I like to say that programmatic is a very stupid word for something very simple. It’s process automation – the automating of what has historically been a very human scale sell. It’s the automating of procurement, just as it’s been autormated in just about every other major industry on earth.

Although there is a massive acceptance of programmatic and its benefits, there’s still a lot of misunderstanding. We don’t really have market liquidity, we have lots of different exchanges and networks and market mechanisms. They don’t all talk to each other well. We have too many kinds of tech stacks, there’s not enough unity.

3. How will our industry eliminate the scourge of fraudulent ad traffic?

When we asked what the biggest problem in digital advertising is, some people will say that it’s bot fraud and others will say that it’s piracy and that legitimate advertisers are showing up on sites whose purpose in life is to steal intellectual property. Data security comes up, malware is a big problem. But our big Ah ha was realising these are all derivative of a larger problem, which is the faultiness in the digital advertising supply chain. Advertising and programming begins somehere, and it does through a fairly complex chain of activities before it ends up before the eyeballs of men, women and children. It’s the only supply chian on earth where anybody can play – no matter how immature or corrupt they might be. We have an enormous amount of unprotected sex in our industry, and a diseased supply chain.

We’re going to require all IAB members in the US to join [our monitoring program], which is going to be very rigorous. It’s going to be a model for something that can exist throughout the world.

5. How to tame the Wild West of Mobile?

We’re already begun taming it. It’s by far the biggest growth story. Mobile compound annual growth rate is now more than 100% / year, and the general display rate is 10%, which is still reasonably healthy. But 110% growth is wild. This is not turning back, it’s the real deal. Last year, mobile internet overtook desktop – and not because desktop is dying!

It’s another problem area, because of definitions. It’s a field that covers everything from in-feed sponsored content to advertorial to customised site formats. In-feed content is a consumer’s favourite means of advertising, and can even enhance a site’s favourability. We call it the Vogue effect – as anybody who likes fashion knows, you buy Vogue as much for the ads as the editorial content. But for news sites, there is more antipathy and a higher risk around native content than there is for entertainment and business.

Disclosure is not negotiable – you must let the consumer know that it’s advertising.

7. How will digital video reach its full potential?

Digital video is absolutely tangible. There has been explosive growth in digital video advertising as well as consumption around the world. Entertainment is vastly outpacing other streaming options, and the short hand here is that streaming video is now a mainstream medium. Most consumers do not see this as different to other video options. In the US, the elimination of all traditional television in favour of only streaming options is up over 74% – about 10% of households. The elimination of traditional television is a fact.

More devices are leading to more streaming. Each person in the house has their own phone and tablet, so there’s more streaming and a higher likelihood of cord cutter. As such, 2/3 of markers are planning to grow their digital video spend – which will come out of their traditional television spend.