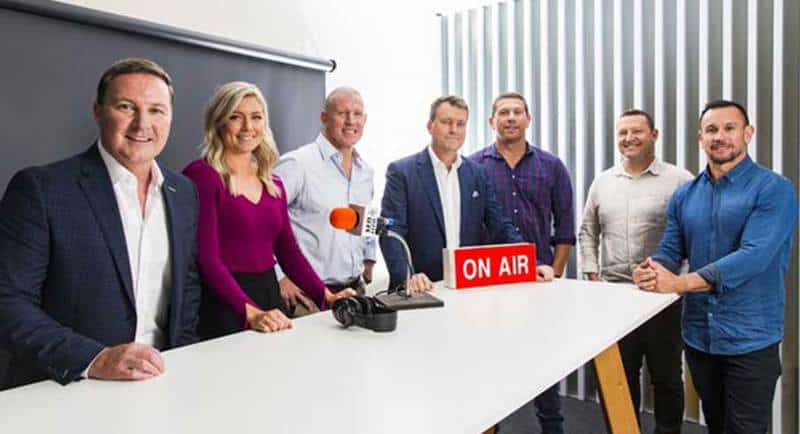 • The station is expected to start broadcasting in less than two weeks.

Sydney newest radio station 1170 SEN continues to build its line-up ahead of its imminent launch – including latest recruits Greg Alexander and Stephanie Brantz.

The station is expected to start broadcasting in less than two weeks.

Penrith legend and expert commentator and analyst Greg ‘Brandy’ Alexander will join Matty Johns as a regular guest on his Friday morning show – Morning Glory. Brandy will also do the Monday Means Test with Matt White every Monday from at 9.30am recapping the weekend in rugby league.

1170 SEN has also signed Stephanie Brantz who will host a weekly show: Trailblazers with Stephanie Brantz on Mondays 8pm. The show will feature long form interviews with trailblazing women in sport – current and former players, coaches and administrators – talking about their life, career and impact on women’s sport.

Brantz is an accomplished sports presenter who recently hosted the US Open primetime program on ESPN and prior to that was in France for the FIFA Women’s World Cup 2019 for FIFA TV. Locally she has commentated for the Westfield W-League on Fox Sports and ABC, as well as presenting and covering Women’s Golf for the ABC and writing, reporting and hosting for ESPN Australia.

“I’m delighted to be joining the 1170 SEN team and to have the opportunity to tell the stories of the incredible women who have achieved such amazing things in sport. Women’s sport has been on an incredible upward trajectory over the past decade and there is no better time to celebrate those involved and get a real insight into their lives, careers and experiences,” Brantz said.

The pair joins a line-up of the biggest names in sport who have signed with the station including Andrew Voss, Matty Johns, Matt White, Bryan Fletcher, Joel Caine, Katie Brown and Jimmy Smith.

1170 SEN Sydney will launch soon ahead of a big finish to the Australian sports calendar, including State of Origin, Big Bash and the much-awaited Australia v India Test series.