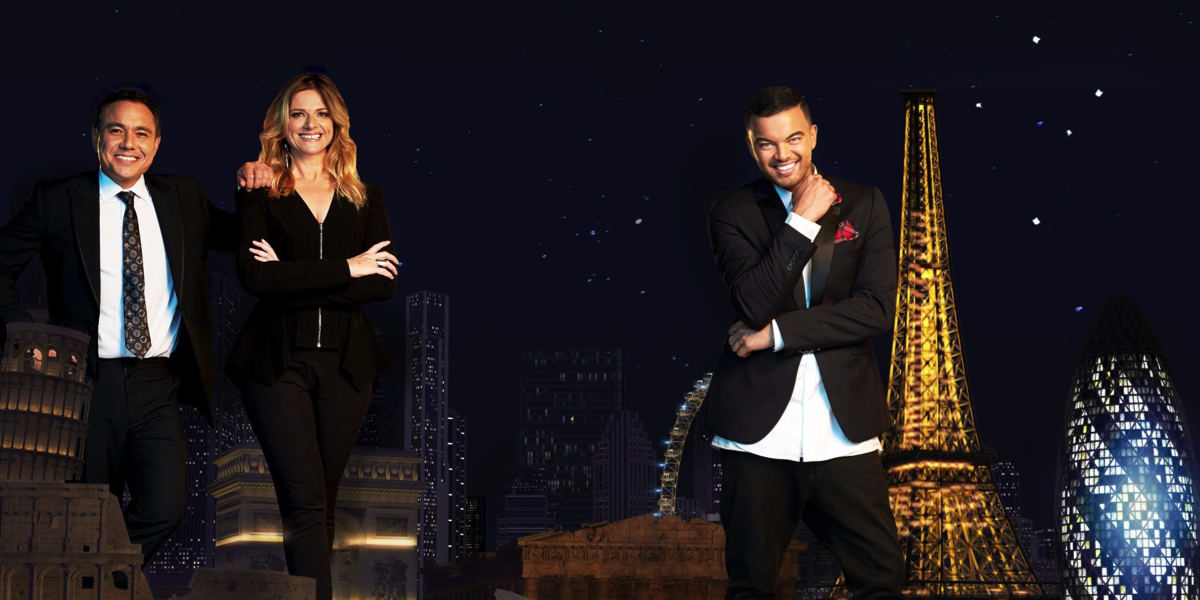 SBS reveals voting details for next week’s Eurovision, but you can’t vote for Guy

•  You need to be up at 5am next Wednesday, Friday and Sunday
•  Limit of 20 votes per phone number for Eurovision voters

Viewers in countries of participating broadcasters, including Australia, are being invited to vote for their favourite songs in the Eurovision Semifinals and Grand Final by televoting, which makes up 50% of the total vote.
However viewers in Australia will not be able to vote for Guy Sebastian. Voters in none of the competing countries are able to vote for their own representatives. There is nothing stopping our Aussie readers in the UK and other European countries from voting though.

The other 50% of the vote is decided by a National Jury in each participating country. Each jury comprises five respected local music/entertainment figures with extensive experience in the industry and, of course, a passion for all things Eurovision. The Australian Jury is Amanda Pelman (Chair), Richard Wilkins, Danielle Spencer, Jake Stone and Ash London.

In each Semifinal, 10 contestants are chosen to qualify for the Grand Final. Viewers in all countries taking part in a particular Semifinal are invited to vote via the official app, telephone and/or SMS.
In the first Semifinal, viewers and juries in Australia, Austria, France and Spain will vote.

In the second Semifinal, viewers and juries in Australia, Germany, Italy and the United Kingdom will also vote. All 40 participating countries including Australia vote in The Grand Final. The voting window opens after the last song has been performed, and ends 15 minutes later.

SBS managing director Mike Ebeid said: “SBS is delighted to have been able to secure the opportunity for Australians to vote in both Semifinals and the Grand Final of the contest this year. As a multicultural society with so many community groups that share our passion for Eurovision we wanted to ensure all Australians can vote for their preferred countries. We’re thankful the event organisers accommodated this request.

“Whilst Australians aren’t able to vote for Guy Sebastian I’m excited that communities across Australia who have been watching Eurovision on SBS for over 30 years will be able to vote for their European favourites for the first time and influence the outcome of the competition. I hope they encourage their family and friends across Europe to vote for Australia!”

For more information about the Eurovision voting process visit:
http://www.eurovision.tv/page/vienna-2015/about/voting

SBS will broadcast both semifinals and the Grand Final live on Wednesday May 20, Friday May 22 and Sunday morning May 24 from 5am.

Both semifinals will also be shown in full on SBS ONE on Friday May 22 and Saturday May 23 from 7:30pm. The Grand Final featuring multitalented singer and ARIA Award winner Guy Sebastian will screen on Sunday May 24 from 7:30pm. Sebastian and six European countries have prequalified for the Grand Final.

SBS will announce Australia’s Eurovision Spokesperson, who will deliver Australia’s votes during the live broadcasts, on Monday 18 May.