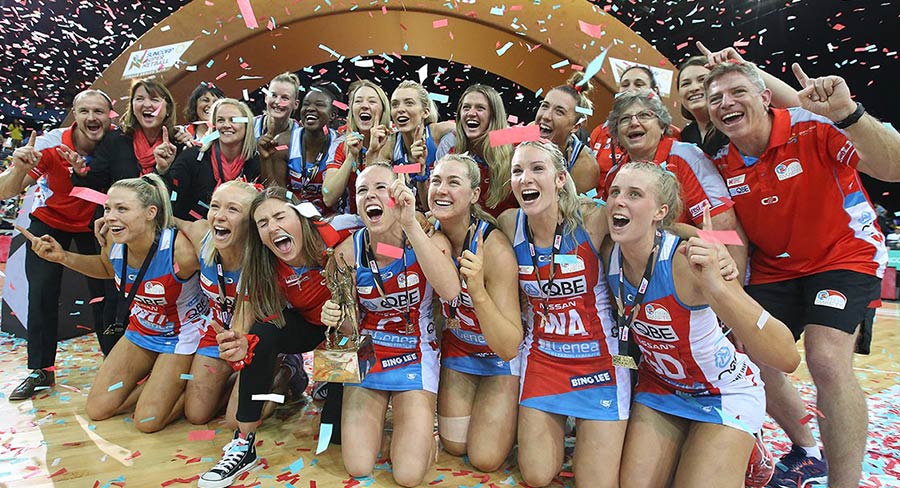 • Over 900,000 people watched part of the Super Netball Grand Final

In its third year on Nine, the Suncorp Super Netball competition has boosted viewership according to numbers provided by Nine.

This includes over 900,000 people who tuned in during the Super Netball Grand Final, between the NSW Swifts and Sunshine Coast Lightning with a national peak audience of 406,000 and a national average audience of 271,000 who saw the Swifts claim the title, 64-47.

This was a strong finish to a strong year for the competition which saw a two percent rise across the competitions TV viewership with a total of 5.939 million viewers who watched a part of one match. The 2019 season averaged 135,980 viewers (includes regional) per match.

Some other highlights include:

Nine’s Director of Sport, Tom Malone, said: “The third season of Suncorp Super Netball has been a big success, with television ratings again growing 2% as the public increasingly discover and fall in love with the sport and the athletes. At Wide World of Sports, we are so proud of our partnership with Netball Australia, Telstra and Suncorp to facilitate and promote the greatest Netball competition in the world, leading the way in professional women’s sport.

“And it’s not over yet! The Constellation Cup is only weeks away, and the Diamonds will be out for revenge against the Silver Ferns, following the World Cup defeat in July. Watch all the matches live and exclusive on Nine and 9GEM.”

Nine’s Head of Netball, Keeley Devery, said: “The Suncorp Super Netball season was a fantastic triumph, as the best players met each week to provide viewers with world-class netball. The Grand Final brought about a great State of Origin clash, with the fairytale season for the Swifts finished off perfectly by defeating the reigning champions, the Lightning.

“The Suncorp Super Netball athletes continue to get better and more inspiring, with the season going from strength to strength both on and off the court.”