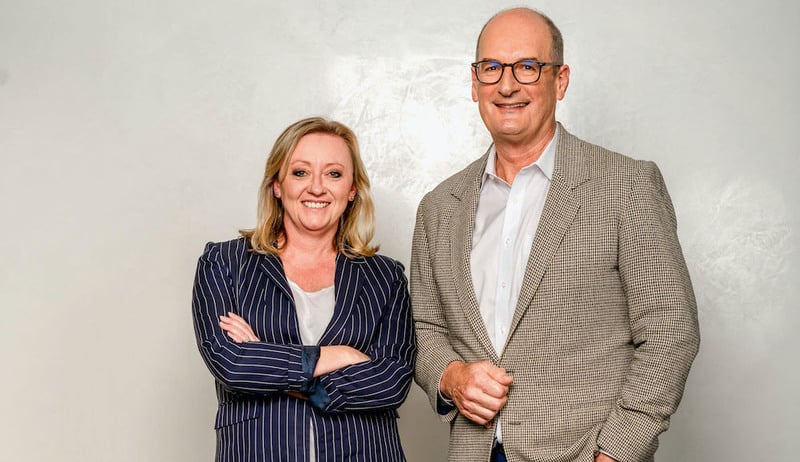 After surviving a launch during Covid, ausbiz ready for growth in 2021

Kylie Merritt knows how to launch a business TV channel. What she, and the rest of the world, hadn’t experienced though was the impact a pandemic could have on a media start-up like ausbiz.

In 2008 Merritt [pictured above with David Koch] was part of the launch team at Sky News Business which managed to survive the global financial crisis. She later led the team for the launch of the Your Money channel which didn’t survive the Nine and News Corp Australia partnership breakup.

Less than a year after Your Money was turned off, Merritt and her ausbiz co-founder David Koch assembled a group of investors who came up with the funds to launch the channel in April this year. Merritt is managing director and Koch is chairman.

Merritt and Koch are the largest shareholders, while ZeroLogix is the major third party investor with about 10% of Ausbiz with $2.5m invested. That values the company at close to $25m. Smaller shareholders include Joe Hockey, Sanjeev Gupta and Rob Chapman.

Ausbiz broadcasts eight hours a day live with a team of just 13 people. From January the team will number 17.

The streaming business channel launched in April 2020, just as Covid started to make an impact on the business world. Pulling the plug was never an option Merritt told Mediaweek. “We had already hired people and most of them had started work in early March. We had built the studio and committed to the Barangaroo office space. We could have put it on hold, but the costs would have continued and we would not have had any revenue.

“It wasn’t an easy period during our first few months,” Merritt added. “We social distanced in the office and on air and all our guests were via Skype. In terms of people wanting information this year, interest in investing has gone through the roof.”

The plan in 2020 was to prove the model, but when Covid got serious it was about just surviving.

Ausbiz is live daily from 8.30am when ASX announcements start to be released and it ends at 4.15pm after the market closes. Next year there will be a market close program called EquityMates. It will be hosted by the co-hosts of the podcast of the same name – Alex Renehan and Bryce Leske. Although the ausbiz team can’t wait for a break when the market closes early on Christmas Eve, the holiday will be short-lived with the channel up and running again from Monday January 4.

Merritt said the core of the business model has not altered much since launch. “We did have to alter our expectations around revenue and where it was coming from when Covid hit. One of our revenue streams pre-Covid was building a second studio to create content for predominantly Barrangaroo residents and clients.

“But up until a couple of months ago we couldn’t have anyone in the building. It has now started generating revenue, but it only really started in September/October.”

Ausbiz doesn’t have a sales team, so it has just been Merritt working with sponsors. “That has worked well for us and we have some really good partners, many of whom have just re-signed for 2021.”

IG and NAB Trade are among the ausbiz supporters to-date, but Merritt was keen to emphasise, “We don’t do advertorials.”

Merritt: “The majority of our interviews go online if they are not too time sensitive. About 60% of our streams are catch-up viewing and we get a really good sense of what is resonating with the audience. We know what people want to see so we try and do more of that.”

“We sell the interviews we do after they are done, but companies and guests can’t pay to come on. The journalists don’t know who has paid for interviews generally. The companies buying the content for their own use like they are being interviewed by respected finance journalists.” Merritt said there is no going “soft” on guests. “If someone does an interview and we go hard on them and they don’t like it, they probably won’t buy the interview.”

Although ausbiz has a channel on 7plus, Merritt said the majority of viewing is on desktop computers. Ausbiz is now also on Samsung TV+.

“The vast majority of our viewers are engaged investors,” said Merritt. “The main age group is 25-34 followed by 35-44. They are about 70% male with most watching on desktop. With many people still not in offices there has been a lot of viewing by people working from home.”

Former ABC News senior presenter Andrew Geoghegan joined the team in September and the other presenters are long-time Sky News Business anchor Nadine Blayney, banker-turned-journalist David Scutt and David Koch, who presents for one hour daily after finishing his duties at Sunrise, hosting The Call at 12 noon. 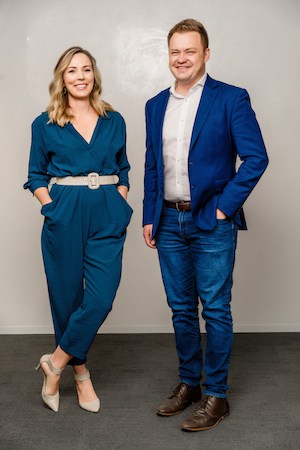 Ausbiz feeds a diet of video clips to social platforms across the day and streams the open and close of the markets live on Twitter. One episode of Kochie’s The Call is also streamed on Fridays. Also on Fridays, The Last Call is broadcast live from a bar.

Merritt said ausbiz hasn’t spent any ad dollars so far, but added: “Next year we will start investing in marketing. This year was more about consolidation. We wanted to get ausbiz up and running and make sure we were happy with the content.” 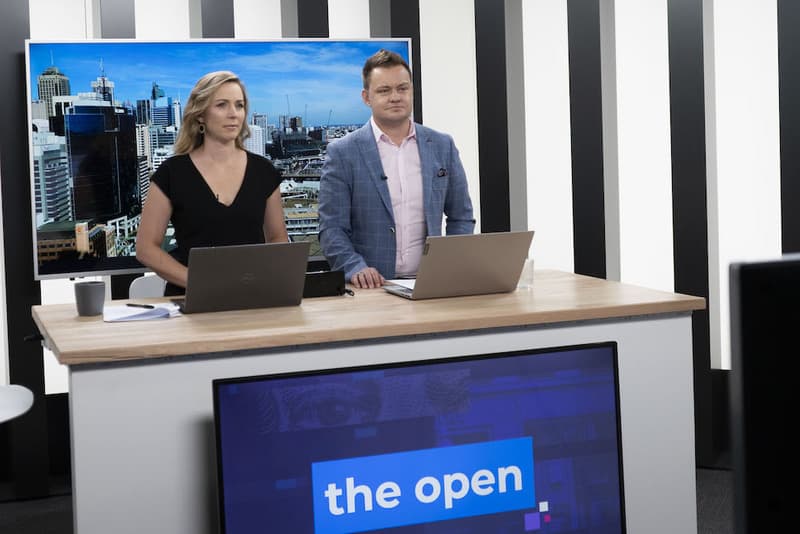