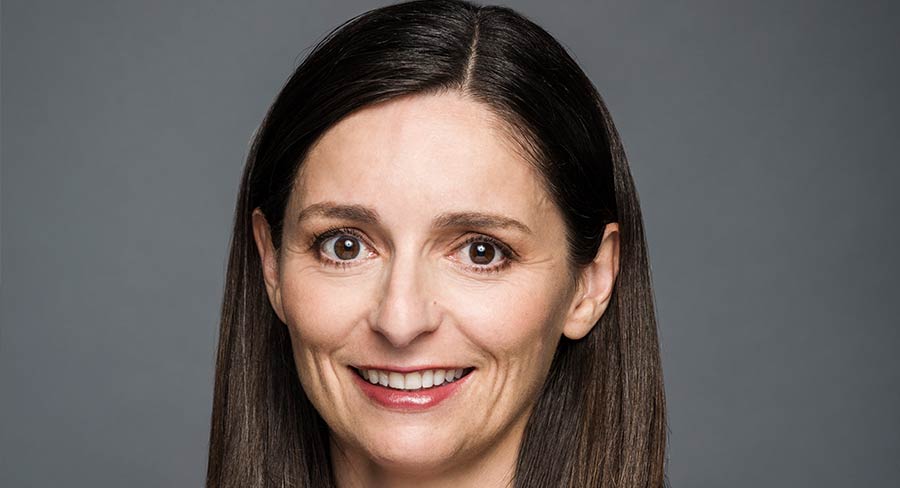 Harden is a guest speaker at the AANA’s September conference RESET 2018 on September 18.

The Australian-born CEO of Reese Witherspoon’s Hello Sunshine media company, Sarah Harden, keeps in contact with her land down under. Harden hails from Geelong and still has property there, keeping in touch as regularly as she can.

At times in recent years that might have been quite a task, juggling her schedule in a busy career that has seen her working alongside of Hollywood’s best and brightest including her current role.

Harden will be making another trip home when she is a guest speaker at the AANA’s September conference RESET 2018 on September 18.

“I have been heads down building this company and I have been so busy I don’t do a lot of speaking,” Harden told Mediaweek, confirming she had a fair bit on her plate.

“RESET 2018 has been a nice opportunity for me to gather some of my thoughts more formally. I will be talking about the story of why we have been building Hello Sunshine, particularly at this time in the media landscape.

“We have a very specific point of view and we are trying to build the company with a level of intention and part of what I want to do is share that.

“We are a much earlier and different architected brand than many of the story brands that are in the room. We talk about how important storytelling is in today’s world where the media landscape is so crowded.

“We are living in a world of hyper-social connection and real disconnection in a lot of ways. We talk about storytelling in terms of finding ways to build brand love and to connect people. For us that is about the authentic authorship in storytelling – our mission is to really change the narrative for women by telling authentic stories that have women at the centre of them across many platforms.

“In our case we are a storytelling brand in essence but a lot of what we are seeing in the marketplace is really relevant to any brand that wants to connect deeply with a consumer and influence them whether it is trying to get them to buy a product or use a service.

“At RESET 2018 I will also talk about what I see as authorship disconnection in a lot of media. By that I mean if you look at the feature film market, people are talking about the astonishing performance of Black Panther or Crazy Rich Asians and how successful they have been.

“If you look at the problem in the movie marketplace for example – more than 50% of movie tickets are bought by women, but less than 16% of speaking parts and less than 6% of directors are women.

“People go crazy when they see something like Crazy Rich Asians finding a market. Part of our thesis is this came about because of authentic authorship by a Singaporean guy, the way it was beautifully cast and the way you see Asian faces onscreen. It is not just about representation, which is critically important, but it is also around how things get made.

“That is what we think is broken and the part we are trying to play in fixing it.”

“We are building a media company that is structured a bit different to others. We have a premium film and TV company under Hello Sunshine and we have been really active in the marketplace.

“We have just finished filming Big Little Lies 2 and we are in production on a big show with Apple called Are You Sleeping? We have a very big show starting production in December called The Morning Show with Jen Aniston and Reese. “We have two big book adaptions we have also announced – one is going to Hulu called Little Fires Everywhere and another called Daisy Jones & The Six is for Amazon.

“We have made a number of film announcements. We have been building a very premium slate and it takes time to get things rolling.

“The second thread is around Reese’s Book Club and we are building social under the book club and part of our brand is telling stories, but also curating the world of storytelling. For busy women we are basically saying, here is what you should pay attention to.

“If you look across all the modern storytelling engines, film and TV are one, but social is the other. We have launched our direct to consumer channels on social – Instagram, Facebook, Twitter and YouTube. That is a daily brand deposit with our audience. We think audio storytelling with our audience is also important so we have a podcast slate and a set of originals we are making for Audible.

“The last thing we launched was on DirecTV which is the largest satellite provider in about 30m homes in the US. We have launched a Hello Sunshine premium on demand channel. We launched that with two shows – one with Reese in it called Shine On With Reese, which launched about six weeks ago, and another one launching next week.

“These are premium unscripted with women at the centre but they are also being distributed under our own brand.

“You just don’t launch a cable channel in today’s world. It just doesn’t make sense. It is the starting point of having a premium experience in the living room with our brand.”

Tomorrow: Sarah Harden and Jana Wendt, years at News Corp and Peter Chernin as a mentor

Tickets and information about RESET 2018