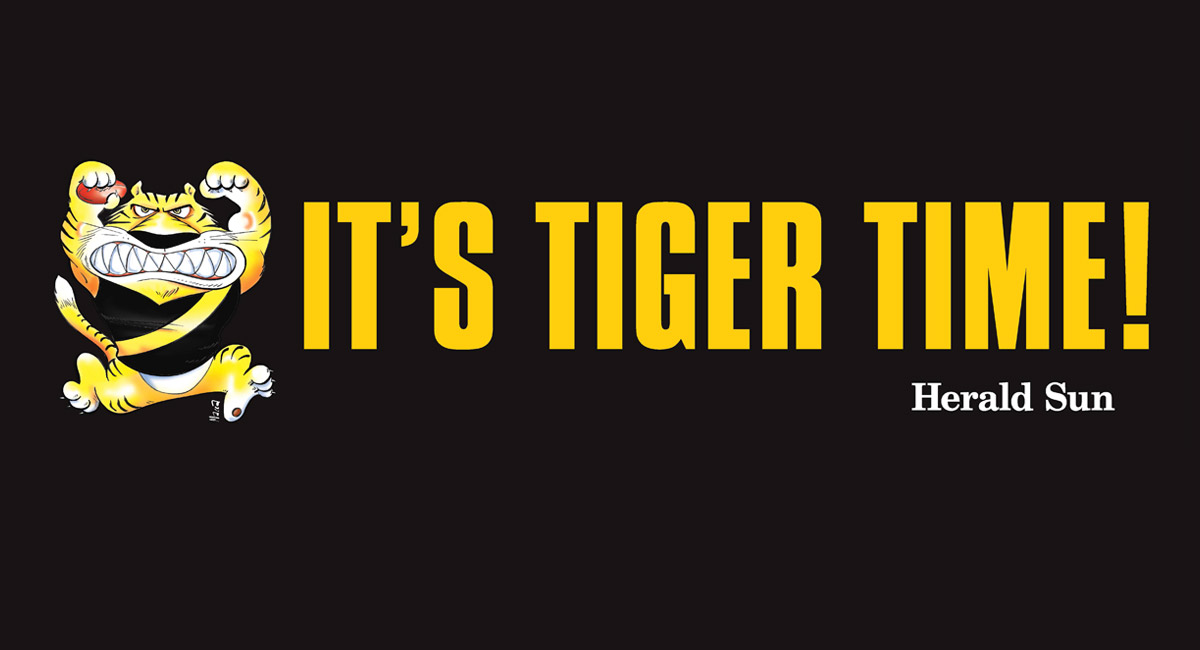 Online, the audience from Grand Final eve Friday to the Sunday post-match was up 48% on last year (in itself a big weekend given Bulldogs’ historic win) and page views were up 18%, with a total of 2,854,902 page views.

Peter Blunden, managing director – editorial, and a huge Tigers fan, said the Richmond win after 37 years had put the roar back into newspapers.

“This was the single best Grand Final campaign the Herald Sun has ever mounted – it was planned meticulously and the results speak for themselves.” 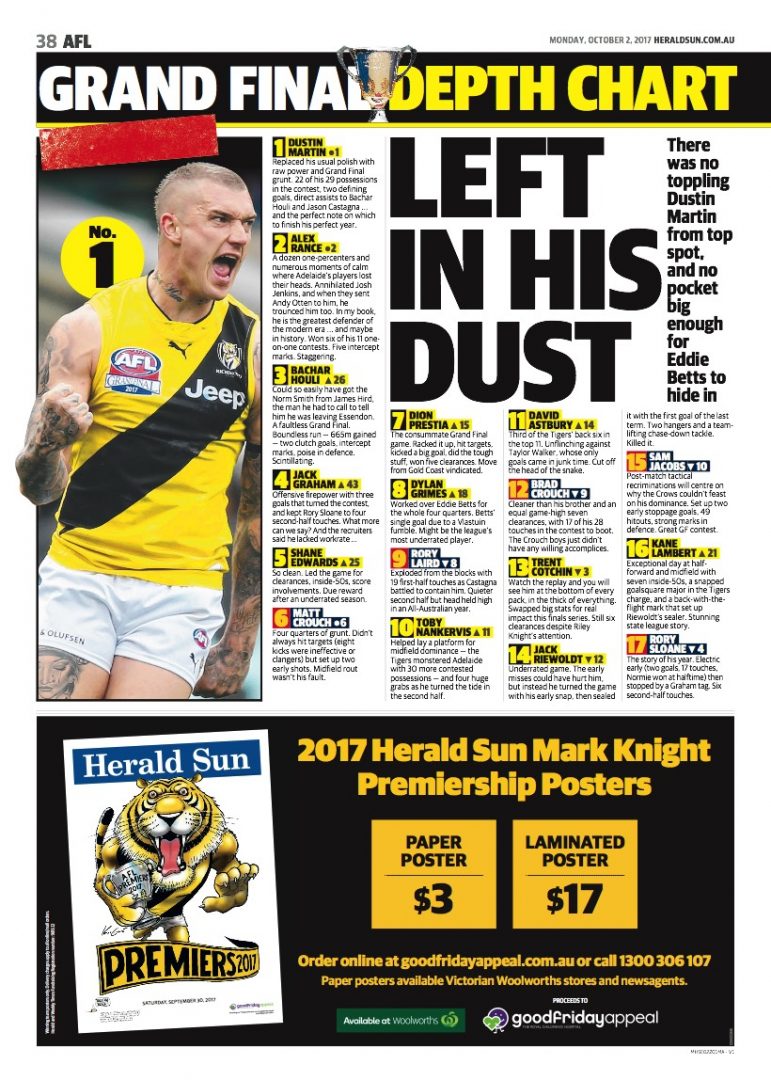 The hero newspaper of the week was the Sunday Herald Sun, which sold an extra 68,000 papers. It was the largest percentage volume lift of any Grand Final edition of the Herald Sun on record, easily eclipsing the lift from the Bulldogs win the previous year when an extra 55,000 papers were sold following a 62-year drought.

The “Roarsome” newspaper had 40 pages of Grand Final coverage including a 32-page souvenir wrap, all pulled together within three hours of the final siren.

The paper was planned extensively, with the front page promoted as soon as the final page was sent to print, and about 25% of stock sent straight to the heart of Richmond on the first available distribution trucks.

“We had the paper delivered to the Tigers celebrations and in the players’ hands by 11pm.

“At the same time we were replating for our second edition including new pics on the front, 2 and 3 of the main book with Jack Reiwoldt lighting up the after party concert with The Killers.

“This team captivated the state for so much of the year and, in the final weeks of the season, sparked a fervour we have never seen before.”

Digital editor Nathaniel Bane said that, notably, the brand’s heavy focus on SEO and social saw traffic from search up 154% and page views from social up 37%.

The Grand Final weekend was kicked off with a big footy exclusive – Jake Stringer‘s cheating claims – generating 300,000 page views and a huge number of digital subscriptions.

That led into a bumper Grand Final Saturday with 683,667 readers swamping the site.

On social, the Herald Sun’s weekly Facebook reach was up 34% to just over 2 million.