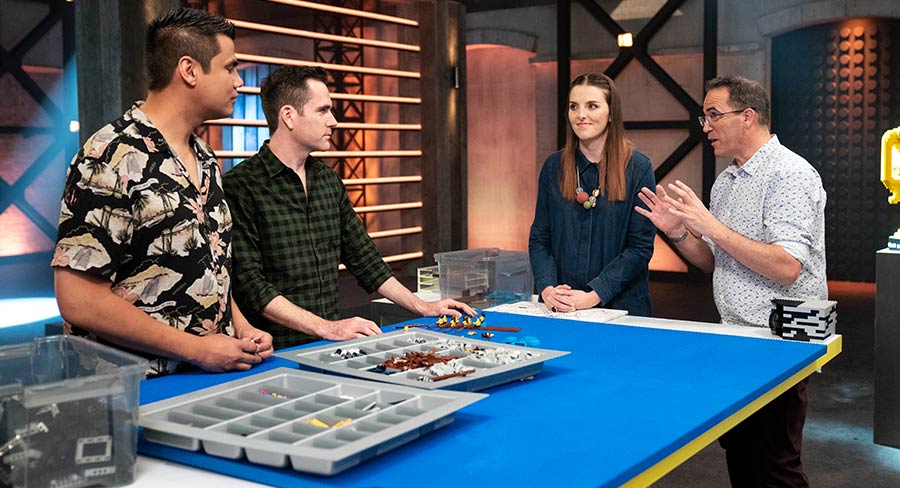 • They took home the first ever LEGO trophy along with $100,000 in prize money

Lego Masters first season came to a conclusion on Nine after three weeks which saw Henry and Cade named the inaugural champions after a 28-hour grand finale free build, taking home the LEGO trophy along with $100,000 in prize money.

Henry, a property valuer from Sydney, and Cade, a video game designer from Brisbane created an incredibly detailed diorama of Poseidon rising out of a wave to fight a giant sea serpent.

Their model attracted praise for the “NPU” (nice part usage) in Poseidon’s head, as did their incorporation of impressive mechanical techniques in his arms and torso. Their amazing “sculpted” wave and Greek ship moving through the water at an angle, full of Minifigure detail, were equally impressive. This design was able to edge out David and G’s theme-park build and Jordan and Miller’s space battle designs.

Competition judge Ryan “Brickman” McNaught said of the win: “As our most consistent team across the whole series, Henry and Cade exhibited a unique building style and were able to really deliver on some wildly ambitious builds. For mine, their builds were of the highest standard, and they really didn’t falter at any of the crazy challenges we threw at them.”

The final three masterpieces were judged by Brickman and Fenella Charity, a Senior Design Manager from LEGO’s Denmark headquarters, plus 250 members of the general public who all voted.

Host Hamish Blake said: “Probably like a lot of Australia, I wasn’t expecting to get sucked in as deep as I did, and that’s because of the amazingly high quality the teams delivered, particularly the final three.

“I would love to have won the $100.000 myself and truly made history on TV as the first host to win, but I understand that rules are rules. Plus Henry and Cade’s build was incredible, so they are more than deserving. It was a total joy to stand by, yelling finishing times at them.”

Nicknaming themselves #teamdadbod, Henry and Cade seamlessly united their building styles throughout each challenge, melding Cade’s artistry and Henry’s love of LEGO Technic at every turn.

Cade said: “What an amazing adventure. It’s such an honour to win the title of LEGO Masters. Henry and I had so much fun with every crazy build along the way and were so pleased with our final build. Thanks to every fan of the show, with a special shout out to our friends and family, without whom we would not have been able to do this.”

Henry added: “It’s been the greatest creative binge of my life!”

Closing the first chapter on the blockbuster comes the news that a second series of  Lego Masters has been commissioned, with applications now open.