When Helen McCabe cleaned out her office at The Australian Women’s Weekly in January 2016, she had every intention of going on a minimum of six months’ gardening leave.

However, she found herself back in the media world by July, working as the head of lifestyle at Nine.com.au.

It goes without saying that all didn’t go as planned.

“The most interesting thing I did was I went and enrolled myself in a course at General Assembly and studied product management,” McCabe revealed during Mediaweek’s visit to her office in Australia Square in Sydney.

“I used to describe it as going back to school, because I would go in with all the kids. I would have easily been the oldest person in the room. I started from scratch in terms of my digital knowledge.”

McCabe’s journey back to the classroom helped her gain a new perspective on what the digital world is about and how to attract eyeballs.

“I had launched The Weekly website so I had been involved in the launch of something before,” she said. “But it’s good to know what you don’t know. 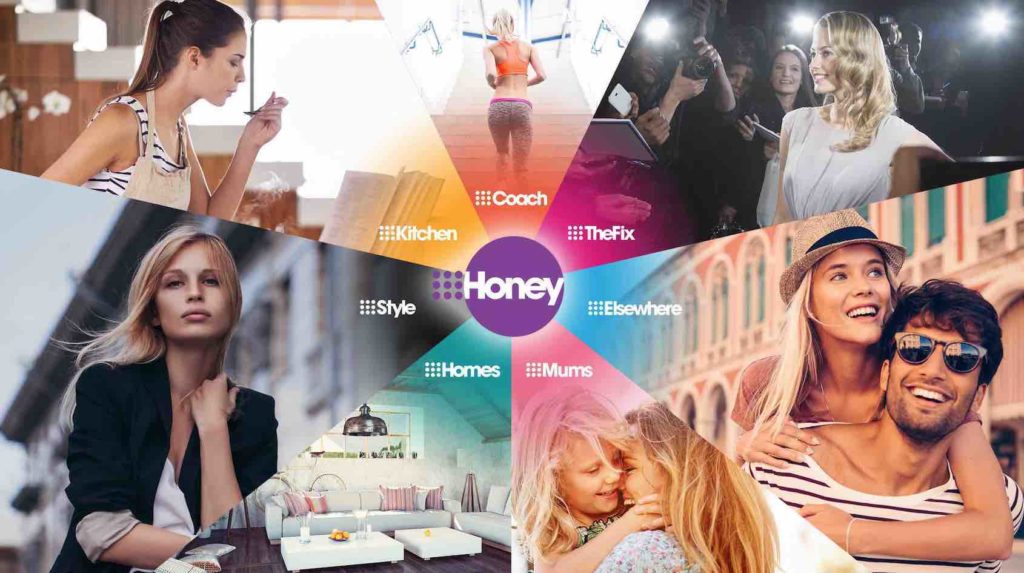 “I felt that the field was moving so quickly and there are a lot of new practices in how you put together a website or a network, like the one we have just done.

“I needed to understand the language of the developers and the product managers in order to have quality conversations about what I wanted.”

This month McCabe made her first major announcement at Nine. She launched a new website called 9Mums and created a umbrella site called 9Honey for its seven verticals launched in the last 18 months. 9Honey was previously the name of its fashion and beauty vertical, which has been rebranded as 9Style.

“What we had was a lot of different verticals. They were launched, interestingly, when Bauer pulled out of the relationship with ninemsn. Suddenly this side of the business didn’t have all of the magazine content. So they very quickly launched all the verticals: Kitchen, Home, Coach, Honey, Style, [The Fix] and Elsewhere.

“I had one brand at The Weekly that I was looking after. Now I have about six brands, and launching some more.”

McCabe has spent a large chunk of her career in the print industry. She was at News Corp for over a decade and then occupied the editor-in-chief’s chair at The Australian Women’s Weekly for over six years. She was also the launch editor of The Weekly website.

“I thought it was an incredible opportunity for The Weekly, because it is such a massive brand. There is still much work to be done as with all digital brands – they have a lot further to go. I left it at a time when it was still getting on its feet.

“I came here [to Nine] to do something completely different.”

Earlier in the year, Nine announced the acquisition of CarAdvice. The details of how Nine will use content from the automotive website are still being fine-tuned at the Nine towers. When Mediaweek spoke to Andrew Beecher from CarAdvice and Nine’s chief digital officer Alex Parsons, they signalled that the content could be used on nine.com.au.

“One of the considerations wasn’t that we needed a male-skewed proposition, [but] it will build out that side of the business,” Parsons said. (Read the full article at Mediaweek.com.au and search “CarAdvice”.)

Asked if she will have any input on this, McCabe said: “If you ask me do I think there is a possibility for a synergy between CarAdvice and 9Honey, then yes, of course. Do I think women are important when it comes to buying cars? Very much so.

“It’s not a priority right now. I do have a lot of other verticals so cars will sit a bit down on the list of priorities. But there is a lot of opportunity there for women and cars.”

McCabe admitted that 9Honey is largely female skewed. Its health and fitness site 9Coach attracts the male audience in the network.

“But that doesn’t mean we are excluding men,” she quickly pointed out. “It’s not compulsory for women to read and men not to read. A lot of that content will continue to sit on the homepage of nine.com.au so it will be readily available to any section of the audience that wants to take up that content.”

McCabe said her next job will be to go back to the drawing board and analyse each of the verticals again with 9Honey editor Kerri Elstub to recognise the biggest growth opportunity for them.

As to what else lies ahead for her and the network, McCabe revealed that she will be tapping into journalists, writers and Nine’s on-screen talent to drive 9Honey’s appeal in the market.

Another thing that McCabe said she’d found out only on the morning of Mediaweek’s visit to her office was that the company is discussing plans to get into podcasting.

“If you’d asked me the question five days ago, I would have said that that is in phase two or three, but we are moving so rapidly in this business that I was out at Willoughby and there is a team looking at podcasting.

“When that will become part of the network, I don’t know, but it’s certainly under way.”