Hamish and Andy have hit the road for the last week of their SCA drive show for 2016.

For many weeks the duo and their inner circle have been strategising how they could end the year and listeners helped them come up with a plan to take their seminal rock band The Cool Boys and The Front Man on a road trip along the east coast of Australia.

The band features Hamish on electric drums, Andy on trumpet and keys and the show’s button monkey Jack on guitar. 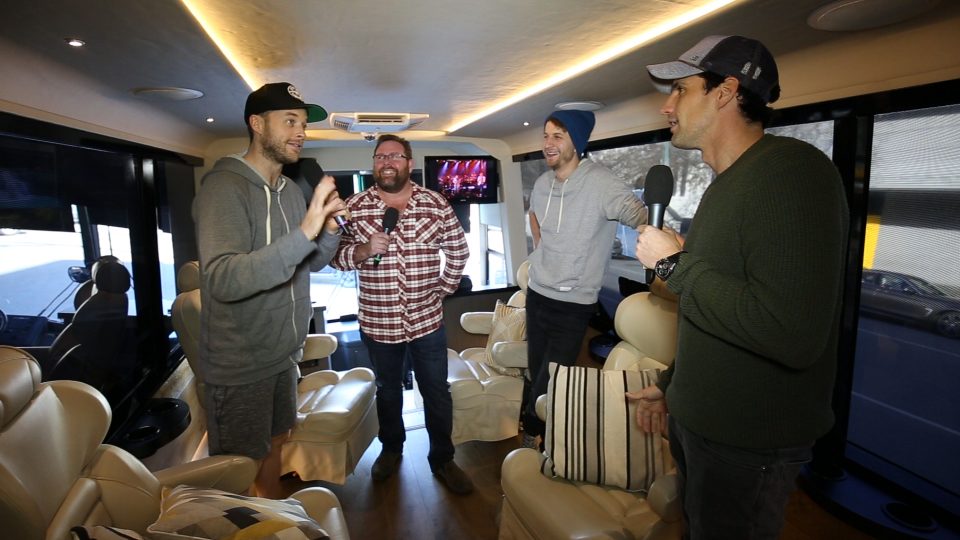 An impressive lineup of vocalists have promised to join them this week as they make their way to their final destination, The Beach Hotel Byron Bay, where they will broadcast their final show for 2016 live.

The tour launched yesterday with the band travelling in their tour bus from Melbourne to Albury where they broadcast their first drive show of the week from SCA studios. After the show the band then crossed the border back into Victoria where they performed their first show of the tour at the Year 10 formal at the Wodonga Catholic College. Support act for the gig was The Veronicas.

Tonight the band travel to the town of Rankin Springs as the marquee act for the reopening of the Rankin Springs Hotel which has been closed for 12 months. Support act will be Shannon Noll.

On Wednesday the bus heads further north to the University of Newcastle for the School of Nursing Graduation Ball where support acts are Lacy and Anthony Wiggle.

There seems to be a hole in the tour schedule with no details about a Thursday event, but the week comes to a climax on Friday at the Beach Hotel in Byron Bay where Guy Sebastian joins The Cool Boys and The Front Man at a sold-out show for 1,000 fans.