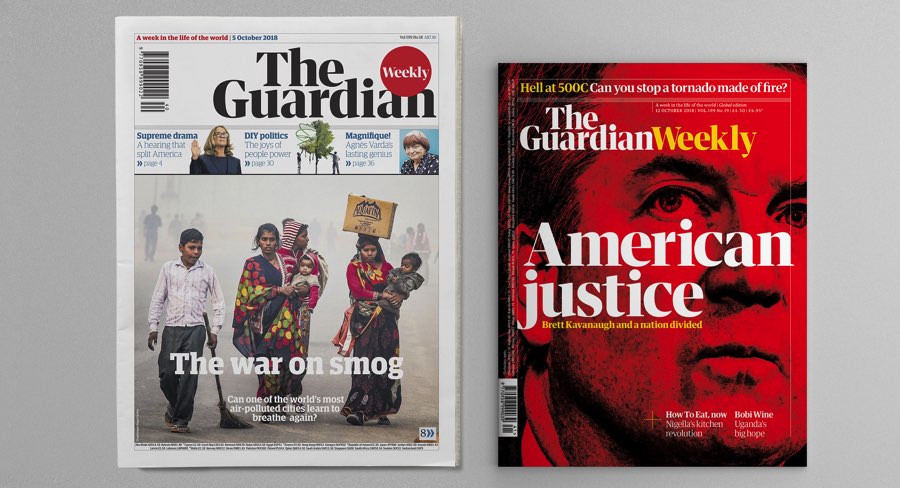 Australia gets its own edition of the 99-year-old title.

For the first time in Guardian Weekly’s 99-year-history, it has been relaunched in a compact magazine format.

The new-look magazine for UK news conglomerate Guardian News and Media was established in 1919 and has since maintained that it has an international focus. However, with the redesign of the Guardian Weekly, it will now have three different editions – Australian, North American and rest of the world (covering UK and other countries).

“It was never really a product just for expats. It always had an international view,” Guardian Weekly editor Will Dean told Mediaweek. “It’s a window to the world.” Much of the content in the magazine will be similar in the new editions, except for about four pages in each issue. They will be dedicated to the content to come from or related to North America or Australia in their respective editions.

“It was an obvious move for us. We thought, ‘We have a great team in Australia, who are doing great work. What can we do more for our Australian readers?,’” Dean said.

The person looking after the Australian pages in Guardian Weekly is the deputy news editor of Guardian Australia, Patrick Keneally. “It’s pretty clear with the type of content that we do in Australia that the key pillars are politics, environment, social justice issues, refugees and immigration, and asylum and indigenous issues,” Keneally said. “This gives you a feel of what type of things we are going to be showcasing in the Weekly. We are also going to have a regular cartoon there by First Dog On The Moon – it’s one of our most popular items.”

The inclusion of Australian-focused content in the Guardian Weekly showcases the growing importance of local readers to the Guardian at large.

Building on a current global circulation of 42,000 including over 32,000 subscribers, the new-look Guardian Weekly will be more widely available to buy on newsstands in Australia and the UK.

“It is a subscription-based product in Australia at the moment,” Keneally said. There is potential for advertising in the Australian and other editions of Guardian Weekly. However, Dean said that the organisation would like to keep it to a minimum. This is part of the reason why Guardian Weekly has only two premium ad spaces on offer – inside the front and back covers. There is demand for those spaces already, Guardian News and Media’s publishing director Mylene Sylvestre told Mediaweek, not ruling out the prospective of making more ad spaces available in the future.

“The US and Australian offices are interested in local advertising. We will be accommodating for that.

“If there is high demand for advertising we may increase pagination. We want to make sure that we get the amount of content in there that our readers want.”

The Australian edition of the Guardian Weekly will be printed at Fairfax Media’s press in North Richmond.

Australia’s neighbouring country New Zealand will get the rest of the world edition of Guardian Weekly. When asked about the decision to do this and not sell the Australian edition there, Keneally said: “There’s a bit of Sydney and Melbourne sort of divide between Australia and New Zealand. You can imagine how Melbourne people would feel if they were given Sydney news.

“New Zealand is a small country, but they are globally interested people. They preferred the rest of the world edition.”

The glossiness of the pages in the new Guardian Weekly have been designed with Aussies in mind. “This is a silk sort of glossy, which everyone really liked. We asked about the more glossy pages and we were told that it’s really hard to read those pages outside in really sunny countries,” Dean said.

“That was the feedback from our Australian office,” Sylvestre added.

The first redesigned issue of Guardian Weekly in Australia went on sale on Thursday October 11. The cover price of the magazine is $10.95.

Top Photo: The old versus the new look of the Guardian Weekly