“We take the separation of church and state very seriously”

Guardian Australia has taken up two floors on 19 Foster Street in Surry Hills, Sydney, to run its operations. The reception desk, three meeting rooms, a common area and a kitchen take up the first floor of the office. The second floor is the think tank of The Guardian’s local operations. It’s where the journalists, the editor, the commercial team and Guardian Australia MD Ian McClelland are seated.

The commercial and editorial teams are located at opposite ends of the room, separated by staff lockers – some of which are personalised with photographs and stickers on the door.

The separation of the commercial and editorial team is symbolic of the church and state division upheld by The Guardian all around the world, McClelland told Mediaweek during a tour of the office before settling down in his cabin for a chat.

“We take the separation of church and state very seriously, so we decided that our editorial team would only work on the stuff that is 100% editorially independent”

“Our USP is that that we are the only major independently owned media organisation that doesn’t have shareholders, a media mogul or other commercial influence or political influence telling us who to hire, what to write and what not to write. That status is absolutely sacred.

“We can not impinge upon our editorial integrity. It’s the core of our value.

“Therefore, we take the separation of church and state very seriously, so we decided that our editorial team would only work on the stuff that is 100% editorially independent  – there are no arguments and no grey areas. 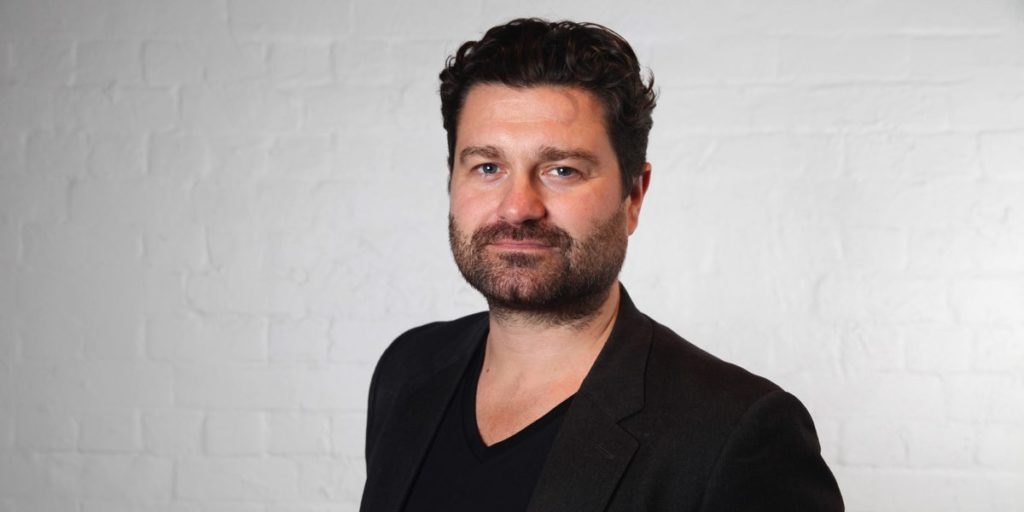 “A lot of people have gotten into this process where there can be varying degrees of involvement. This becomes very confusing for the reader about how involved a brand is and if that is what the editorial team really thinks.

“To get rid of that we said, let’s just have it very black and white: editorial on one side and commercial on the other side.”

McClelland has been with the UK title in Australia since its inception in May 2013.

“[Before joining] I had a baptism of fire,” McClelland smiled. “A lot of executives do.

“I went into The Guardian at Kings Place in London and met with pretty much every senior executive in the company. It’s a large complex organisation with a fantastic history. There are lots of innovative projects happening all over the place and you learn about what they are doing, what’s worked and what hasn’t worked.

“I talked to my colleagues in the US, who launched a couple of years before Guardian Australia. I really looked at how they had grown, what had been successful and what hadn’t, which roles they hired and how they approached the market – we learnt from their experiences and applied it here.”

In less than three years, the local operations outgrew that space and expectations, resulting in its move to Foster Street.

This is the very proof that Guardian Australia is not under financial pressure as is commonly reported, McClelland stated. He called these reports “rubbish”.

“That is completely nonsense,” he claimed.

“There are some commentators that have other agendas. They occasionally say things like that for their own purposes – whether it’s to bolster their company’s share prices or whatever. I don’t want to speculate. There is no basis of truth.

“The plan is to be a sustainable business within that term, and we are on track of doing that and we’ll continue to do that.”

As the managing director of Guardian Australia, a large of part of McClelland’s responsibilities involves looking for growth opportunities for the title locally, liaising with the editor and key business figures in the global company.

“It’s a continuous process of evolution and making decisions along the way about how we are going to do that.

“I am trying to work office hours at the moment. I’ve been told by my colleagues and bosses that I should stop working for some hours during the day,” McClelland laughed. “I have a video conference on some of the days of the week. Occasionally we will try to coordinate New York, London and Sydney – I always tend to get the bum deal out of that and have to do 11pm slots.” 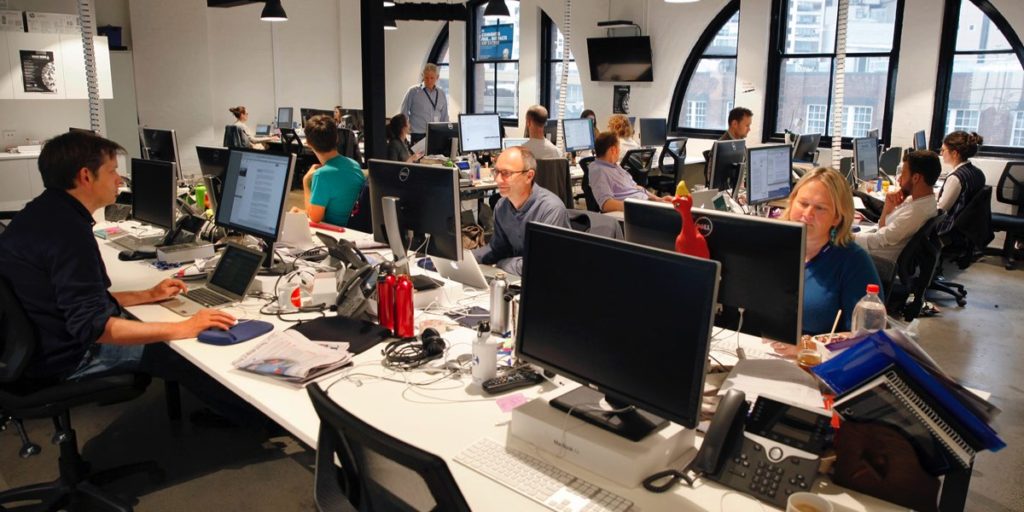 The newsroom at Guardian Australia

In order to keep a clear distinction between the editorial and commercial interests of the business, Guardian News and Media has two lines of command that the Guardian Australia MD and editor report to.

“All the journalists and editors report into the title editor here. The editor then reports into the editor-in-chief Katharine Viner and she reports directly to Scott Trust,” McClelland detailed.

“All of the commercial and operational people here report to me. I report into David Pemsel, who is the global CEO. He reports into Scott Trust.

McClelland and the founding editorial team at Guardian Australia decided to launch in May 2013 due to the news events at the time.

“We chose that timing and that year because there were double Ashes, a Lions rugby tour, a federal election and a major news organisation was about to go behind the paywall. We thought that was the perfect timing to launch in Australia.

“We used the environment and all those events to launch Guardian Australia. That proved really successful. There wasn’t a paid for marketing campaign.

“In fact we haven’t needed to pay for marketing over the last three years. We decided to reinvest the marketing budget that was in the plan into editorial resources.”

Within six months of its launch, Guardian Australia was amongst the top 10 visited news media sites in Australia, according to Nielsen Online Rankings. The title first made its appearance inside the top 10 in November 2013. Currently, it is the seventh-most accessed news website in Australia, behind news.com.au, The SMH, ABC News, Yahoo7, Daily Mail Australia and ninemsn.

In January 2016, Guardian Australia’s parent company Guardian News & Media announced it would be cutting down operation costs by just over £50 million in the next three years. This was as a result of decline in print sales of The Guardian newspaper in the UK and the cost of expanding operations in US and Australia.

However, McClelland insists that the 20% cost cuts will not have any impact on the title’s operations in Australia.

“We are on a separate P&L, with separate funding,” McClelland stated. “The UK still has a daily newspaper, so they have over the last five to 10 years, as have all print organisations, been going through a transition period from print to digital. Given the recent acceleration of the decline in print advertising revenues and circulation, compounded by a decline in digital display growth, that transition has had to be accelerated. Hence, you get the cost-cutting exercise just in the UK.”