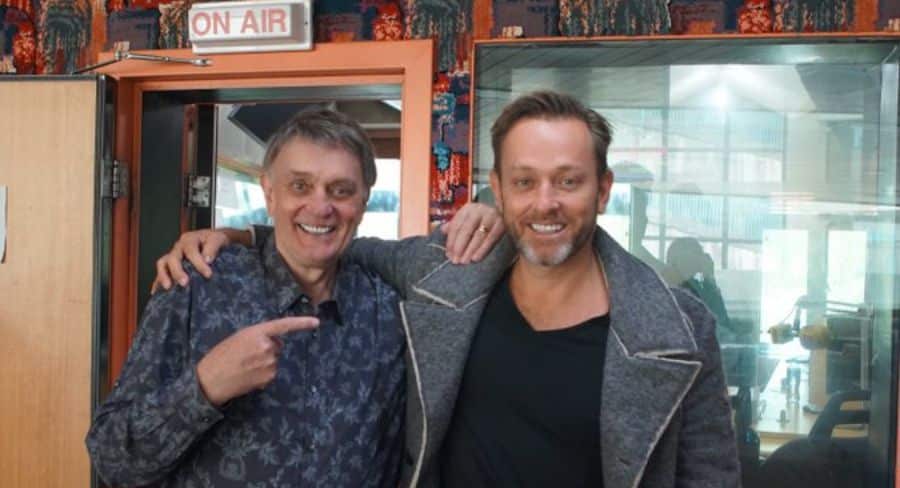 The microphones fell silent on Friday when Grant Goldman died after a lengthy battle with cancer. He was 69, reports News Corp’s Matt Logue.

From radio to CityRail voiceovers and ground announcer stints at the Sydney Kings and the Manly Sea Eagles, Goldman was gifted with one of the most memorable tones.

Goldman grew up in Tamworth and leaves behind a wife, six children and three grandchildren. He is the father of Australian TV and radio personality Mike Goldman (pictured with his dad).

Grant Goldman has passed away just shy of his 70th birthday.

The Australian radio and TV personality has had a long battle with cancer, being finally diagnosed with terminal cancer in 2017.

Perhaps one of the most recognised voices in Australia it is hard to find somewhere Grant hasn’t been involved.  Hundreds of thousands of Sydney-siders would know his voice as their train arrived to take them to work or home, or to hear all too often a service disruption message on the Sydney trains network.

Grant Goldman was instrumental in getting me my first job in radio in 1970. I was 16. He was at 6KY in Perth and I was hired to do Breakfast and Drive on 6NA Narrogin ‘relayed’ from the 6KY Studios in James St Perth. We were part of the Sunday Times newspaper group. He taught me how to be a jock. Later after moving to 4IP in Brisbane we ended up there together too. Last time I saw him was at lunch in Sydney some 12 months ago. He was ailing but still with that sharp wit and sparkling outlook. A true broadcaster. Rest in Peace dear friend.

Before I met Grant Goldman I used to listen to him with that unique voice and welcoming, friendly style on 2Day FM when it was an adult contemporary station. He was one of the very best. I got to meet him and got to know him when I joined Lite&Easy 1269 as music director in 1988. He was very generous to me, always happy to talk in fact he was always happy, always optimistic, friendly and genuine.