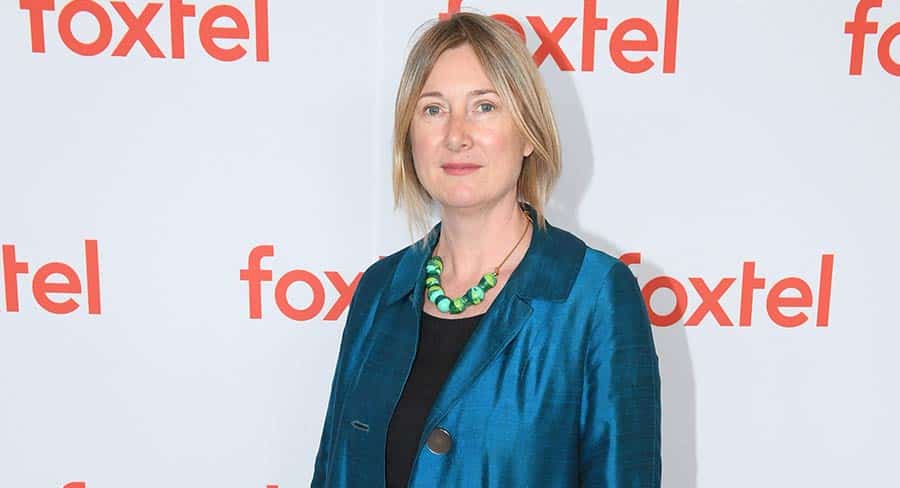 Foxtel first announced Fighting Season just short of two years ago. How long had you been working on it before it got to that stage?

By the time we got the official greenlight, we had been developing it for about two years. It started as an Australian drama, then we decided we wanted to bring in a mystery element and it took time to work out how to integrate that into the drama.

The final version was really a combination of the mystery idea and the drama idea that we’d started with. I actually found the original pitch document that we gave to Foxtel, which was about three pages and there’s still a lot of it in the finished product, in terms of the characters. What changed in the process was the mystery component and that was something that when we started the development we didn’t quite know what it was going to be.

Certainly we hope so. The way that we look at it is that every country in the world has similar experiences of returned soldiers so we hope that it would find a home internationally.

Why did you choose Foxtel as the home for Fighting Season? We went to Foxtel very specifically because we felt that they would support the version of the story that we wanted to tell. We knew they do brave storytelling and storytelling that’s not watered down in any way. It’s kind of important to note that the whole series is not unrelentingly dark – there are certainly moments of lightness and relief in it and that was really important for us.

Foxtel was absolutely the right partner for the series and the only partner that we ever spoke to about it.

Tell us a little bit about Goalpost Pictures.

I am one of the founders with Rosemary Blight, Ben Grant and Cass O’Connor. Rose and I’ve been working together as a team for something like 20-plus years, we’ve always straddled feature film and television and that’s been our model for 20 years.

Television is a massive part of our business at the moment because we signed a first-look deal with All Three media earlier in the year and we have a development fund for that.

What sustained you in the early days? What was your first breakout hit?

Because Goalpost was very small we were quite dexterous and we could flip between film and television, and we did that successfully for years. The Sapphires was the thing that changed things radically for us – the business and our profile – without a doubt.

When we travel internationally as Australian producers people always ask about your shows and movies. When we say The Sapphires, almost unanimously people have seen that film and that doesn’t always happen for Australian producers. On the television side that applies to us equally with Cleverman.

What has The Sapphires meant to Goalpost?

We’re one of the few companies that are still independently owned. It has allowed us to be absolutely principally driven by the projects that we’re passionate about. We’re very genre agnostic in what we do.

At the moment we have Fighting Season launching, we have Wayne Blair’s next film that Miranda Tapsell co-wrote, a romantic comedy called Top End Wedding.

We start shooting the Helen Reddy story soon, I Am Woman. The previous one we did was Upgrade that Leigh Whannell did in Blumhouse and that was a big genre film.

As you can tell there’s not a particular genre that we specialise in.

Did The Sapphires help you secure more meetings in Hollywood?

Yes, certainly, the doors were a bit more wider open without a doubt.

Have people ever wanted to buy Goalpost? Would you consider that?

We’ve certainly been courted a lot over the years and in terms of buying out of the company, nothing has been the right model for us because we do film and we do television, but that’s not to say that it will never happen. It just hasn’t been the right fit for us at the moment.

Do you have a preference for film or TV, or do you enjoy both?

I enjoy both. I love television, I love long-form storytelling and I love the world of television that we now find ourselves in. A lot of the stories that I’m finding us developing for television now, probably 10 years ago we would have been developing them as a 90-minute film.

With film, there’s something incredible about being in a cinema and watching a film with an audience.

When will we get to see Top End Wedding?

It will be next year when it is released by eOne. We don’t have an exact release date yet, and we don’t finish the film until the end of this year.

We have had a long collaboration with Wayne Blair. We used to produce his first 10 minute films.

Top End Wedding was co-written by Miranda Tapsell and Josh Tyler and we did The Sapphires with Miranda.