With metropolitan radio surveys temporarily paused due to COVID-19, the commercial radio industry commissioned a study to provide the market with a better insight into the size and behaviour of metropolitan audiences, as restrictions began to ease.

The GfK Radio Pulse study reports on the number of Australians listening across all platforms, including broadcast radio, apps, online and smart speakers. The sample included 2,240 respondents across Sydney, Melbourne, Brisbane, Adelaide and Perth and was representative by age and gender.

The GfK Radio Pulse study reports on the number of Australians listening across all platforms, including broadcast radio, apps, online, smart speakers. The study saw I00% of respondents complete an online diary, where they were required to record their radio listening for each quarter hour in an e-diary, using a computer, smartphone or laptop. This compares to 30% of respondents who complete online diaries as part of the regular ratings. 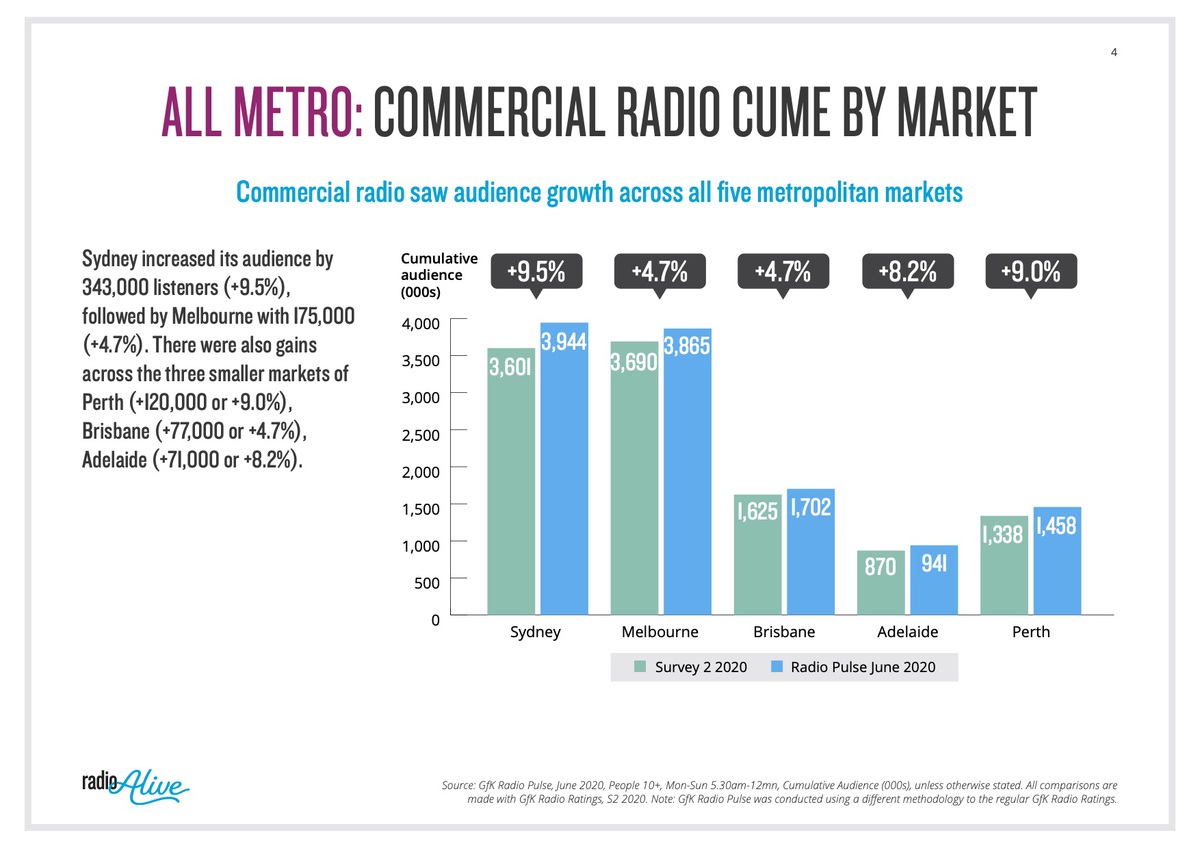 Breakfast attracted II5,000 more listeners (+I.5%) and Drive 378,000 more (+5.5%). Morning and Afternoon audiences remained strong, with more than 7.5 million listeners tuning in during both dayparts. 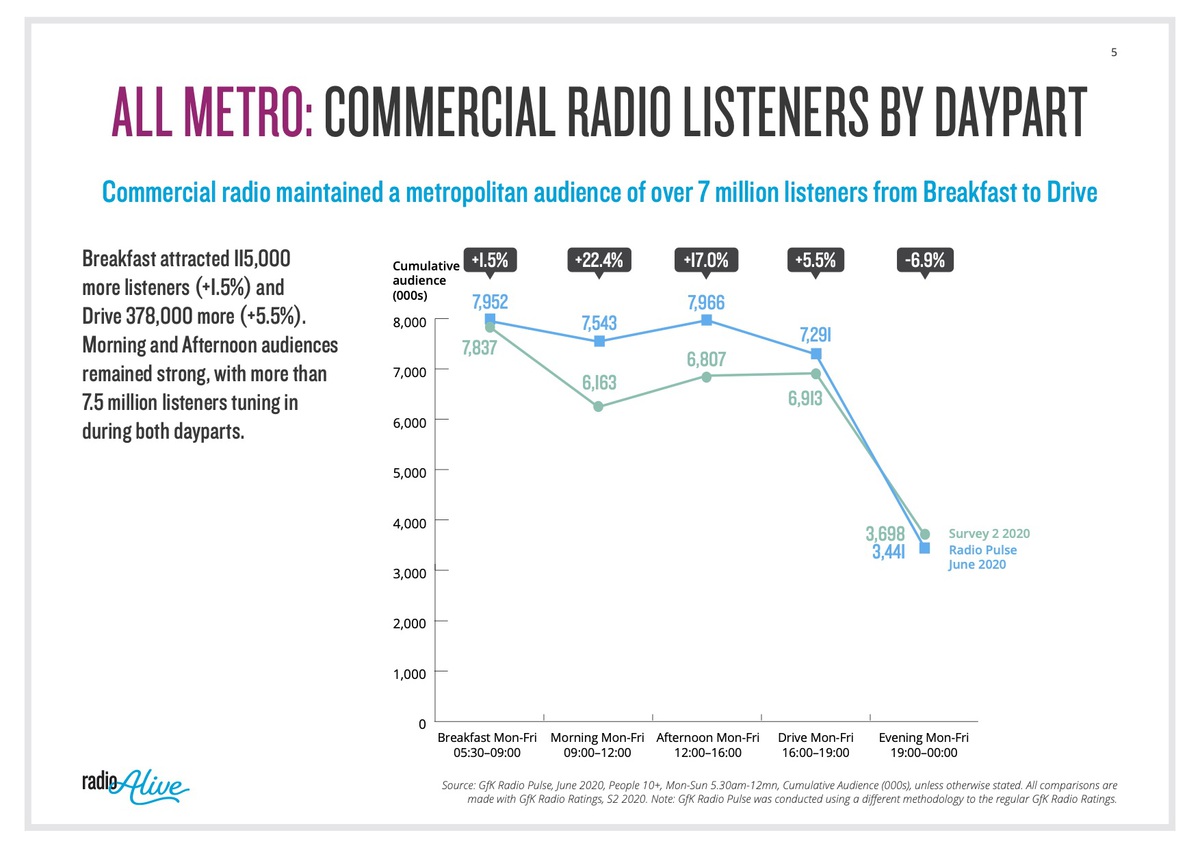