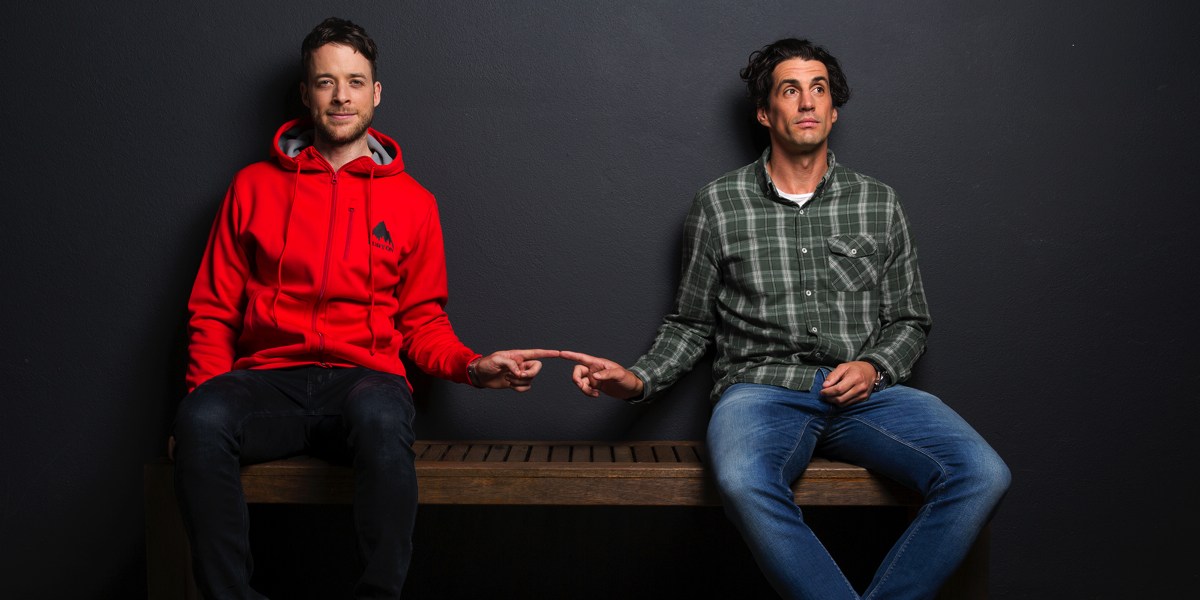 Hamish Blake talks focusing on radio, the drive slot competition and what else he’s up to

People have greeted the return of Hamish and Andy in different ways. They officially started their first live five-day-a-week radio show in close to five years last week. The audience appears to be pretty excited judging by television ratings for guest appearances in their first week back and from the social media response. Opposition radio executives are less excited, with some doubtful the hosts will recreate the ratings magic of days gone by.

“It is great to be back,” Hamish Blake told Mediaweek. While Blake and his co-host Andy Lee have been away from five-day-a-week drive for a few years, they have been cropping up at difference places on the schedule over the past couple of years on what was then the Today Network. “We have maintained a relative state of match fitness, perhaps more net sessions than match fitness. It is not as if we have gone completely cold for five years.

“It was always going to be a different beast when it is five days a week and it’s drive and it’s live – that is what we missed. Because Gap Year for the last four years was so all-consuming, and because radio has always been our first love, we were always looking for a way to do radio as well. We didn’t completely leave radio as we tried to handle the full-time TV workload.

“We had some success in trying to figure out different ways to do it. Nothing can compare to being back doing drive which is what we love.”

Blake noted that even during the last two years of drive they were also trying to travel and put together specials for Network Ten. “That is all fine when you are 26 and don’t have a family or commitments. Now it is a little harder to hold down two jobs and still have anything left in the tank to be a husband and a father. Through sheer necessity you start getting a bit more selective about what you can and can’t do. We want to do everything we used to at the same level. We’ll probably give TV a rest out of necessity rather than do it half-assed.”

Does that mean no more Caravans of Courage? “That could be, but I would also never say that those days are over. It is like radio, it is something we love too much. It is a pretty good problem to have that you have all these things in your life that you love doing and you are trying to squeeze them all in.”

Blake was able to confirm Dave Cameron’s report [published in Mediaweek last week] about spending time with the Southern Cross Austereo executive in a South American hot tub with Hamish and Andy discussing their radio future. However, Blake referred to it as a spa.

“We had been talking about how good it would be to go back to do live radio in drive if we ever got the chance. It was again a good problem to have as we missed it for something else that we were also having a ball doing. We were having a spa with Dave – over the journey of the past 10 years we have become good mates. It was the first time we raised the idea of returning if the drive slot ever came up. At the same time we were very keen to get a break after 10 years of radio and TV – hence the midyear start.

“It probably wasn’t the greatest idea… if you owned a radio station you’d probably rather have everyone on air at the start of the year. We had always dreamed of a six-month break to have something like long service leave and then come back raring to go in July and, much to our surprise, they went for it.”

The decision by Hamish and Andy to come back a week early made many forget about the break because they were all focused on the “sneak week” which made them look good working while other radio announcers were on a break!

If Hamish and Andy are concerned about the competition in drive they are doing a good job of hiding it. “We never really think about what else is happening in radio. I have heard some [other] shows over the first six months of this year when I was in the car and they are all good shows. Everyone has their different style and that is no different to what we do. We will get in and have a lot of fun. Maybe other shows think more or less about who they are against.”

Even when their Radio Karate business partner and great mate Ryan Shelton was hosting a drive show with Michael Wipfli (Ryan, Monty and Wippa), they were not talking about them as competitors. “Ryan and Wippa are my best friends apart from Andy but it just doesn’t bother me. If it doesn’t bother me going up against my best friends in the world – Ryan was my best man at my wedding – it is not going to bother me going up against people I don’t really know but have a lot of respect for.”

Speaking of Radio Karate, spending time with their business partners Tim Bartley and Shelton was the only work Hamish and Andy did in their time off. “TV has a long lead time and is an extremely fickle beast. This year was the only time we hadn’t had a show to produce so we were able to sit down and start talking about other ideas. Some are very, very silly and would struggle even to get made on Adult Swim [risqué, unorthodox and sometimes bizarre programs shown while Cartoon Network is sleeping]. Others are bigger, broader ideas and we love that process. It was a great period of gestation for other ideas.

“Ryan has a scripted comedy that revolves around him that he is finishing writing at the moment. If all is right in the world, Ryan’s script should easily find a home because it is a super funny show.”

Hamish and Andy retain the right to their digital assets which include video and podcasts. “There is a team that has done an amazing job building the back end and they maintain the servers and video players and things like that. But the front end team comes down to one man – Jez Carne – who’s always frantically running around with cameras trying to rapidly produce and upload content. He does an amazing job and we love to get to do the show with such a little team. It means that when we go on an adventure the core team gets to do everything and it’s more like a school camp than a business.”

Hamish Blake likes to keep himself busy. In addition to his radio work he has written columns for Cosmopolitan and Sunday Style, has co-authored a book with his wife Zoë Foster Blake and acted for TV (in the great Jess Harris and Josh Schmidt series Twentysomething) and the movies (in November watch for him in Robyn Butler and Wayne Hope’s Just Add Honey alongside Portia de Rossi).

Dave Cameron knows Hamish and Andy well enough to know they won’t do breakfast…ever. But we asked Blake if Cameron felt duty bound to ask them again anyway? “They have stopped asking. We have made our position very clear from day one. I just cannot see it ever happening where Andy and I turn around and go you know what I’d love to do? Get up at 4am and do a less fun show. If that day ever comes I will be very surprised.”

In 2006 a listener first animated something Hamish and Andy were talking about. Then an artist called Sarah offered to animate some pieces from last year’s shows. “We will probably do more of those in the future,” said Blake. “The content was kind of funny, but what Sarah brought to it was amazing. She is a really gifted animator.” Blake added there are no plans for any longer-form animation. “If we tried to script a half-hour piece it might lose a bit of its magic.”