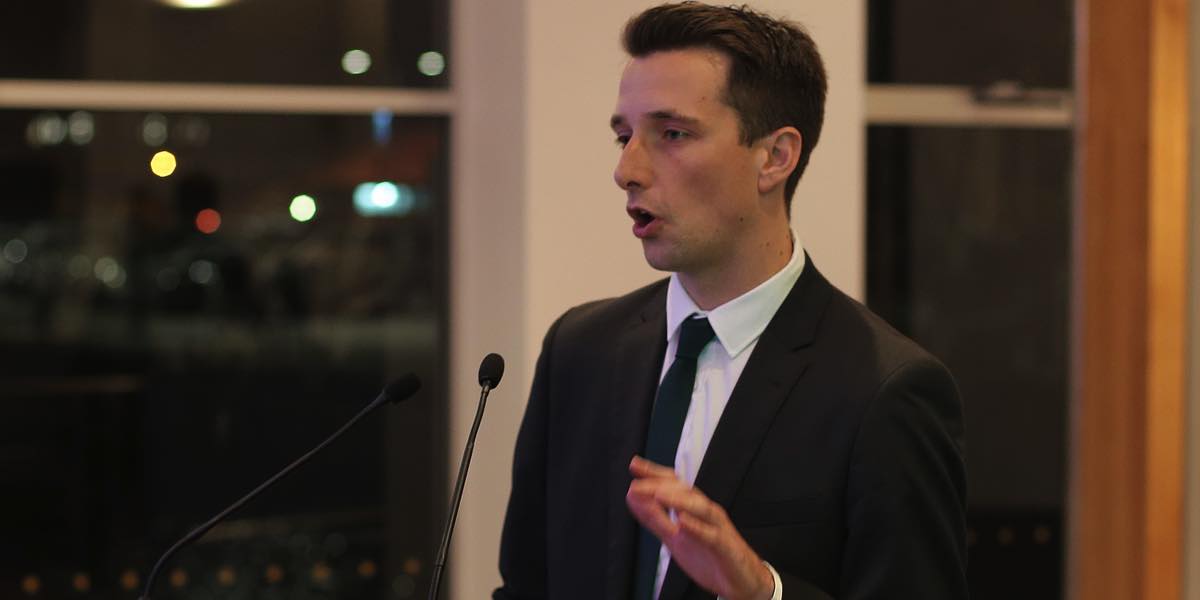 The winner of the 2016 Tasmanian Media Awards’ Journalist of the Year, ABC’s 7.30 reporter Michael Atkin, aspired to be a writer throughout university.

The young journalist has dabbled in radio, TV and writing. In a conversation with Mediaweek, he said he doesn’t have a favourite. But with the way he described the power of TV, we feel he may be more biassed than he realises.

“With TV, if you capture a real moment then it has an impact like nothing else,” Atkin said. 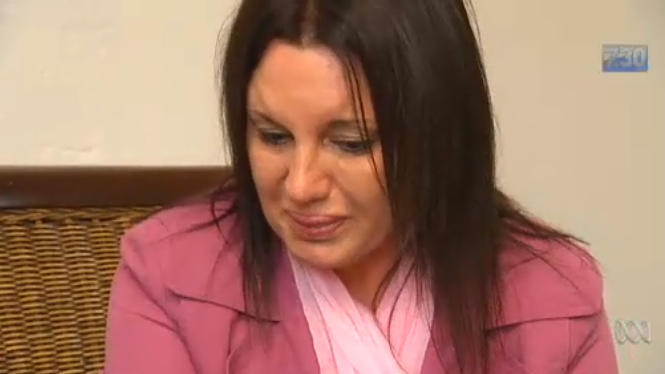 “I did a story with [Tasmanian senator] Jacqui Lambie where we went to a drug rehabilitation centre. It was her first time going to a centre like that, and it was quite close to where she lived. Her son was in the middle of having a very serious problem with the drug ice.

“She found that a very emotional experience. She was trying to work out what she could do with her own son, because she was meeting boys who were a similar age to her son.

“It’s not a hard-edged, breaking news or a current affairs story. But it was very powerful. It showed her in a different light.

“Lots of people see her as somebody who just shoots from the hip often without thinking it through. She has to apologise for what she says a bit.

“The story showed her as a very loving mother who is quite thoughtful, and was desperately seeking answers that would help her son. 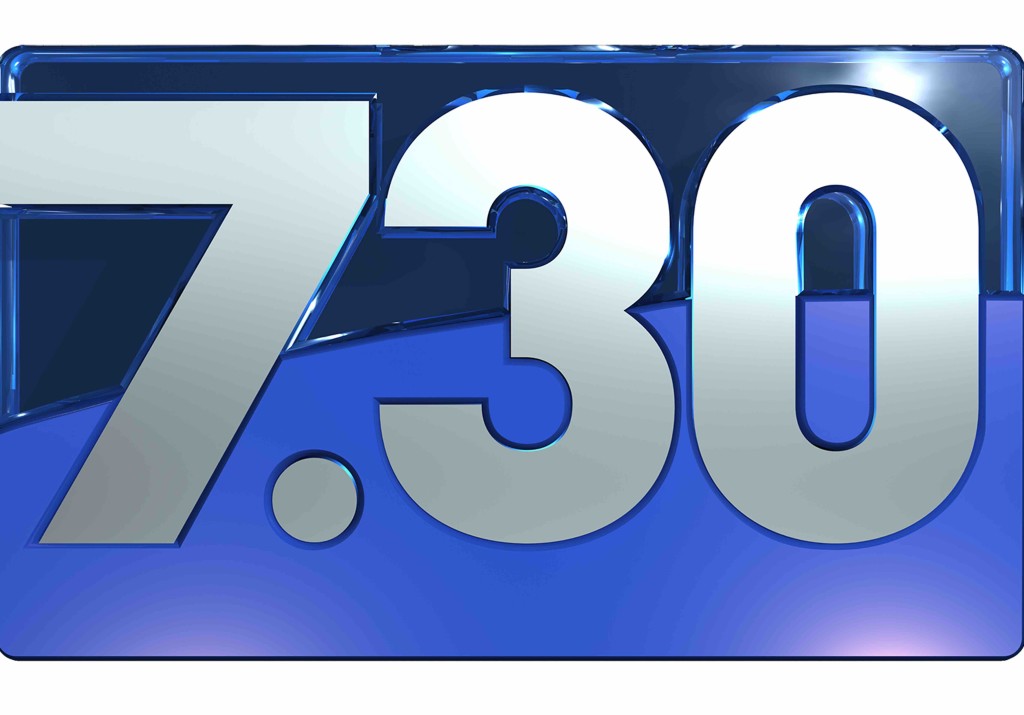 After detailing the power of TV, Atkin was quick to follow up, “I like having a go at everything. I am greedy.”

Being a reporter based in Tasmania has its own thrills and challenges. There are more stories in the small Australian island than people would think, Atkin declared. He was “surprised” himself.

“Because I am doing it for a national audience, the way that I describe and put together a story is very different to the one that I’d use for a story coming out of Sydney or Melbourne,” Atkin explained

“There is not a lot of understanding of what goes on in Tasmania and who the major players are. This means that I have to do a lot of explaining so that people understand what the context behind the story is before I get into it.

“Whereas if I were doing the same job in Sydney or Melbourne for 7.30, the audience would know who a lot of the major players are.”

The heart of 7.30’s operations is in Sydney, so Atkin pitches and files all his story ideas to the Sydney office.

“The way it works is I will go out and shoot the story around Tasmania. Then I will write the script. We’ll edit story here, then send it up to Sydney,” Atkin detailed.

Asked if he has a certain number of stories he has to file each week, Atkin answered: “No, not really. I can turn some stories around in a day or two. Whereas if other stories are more difficult, which are current affairs, investigative pieces, it can take longer.

“There is no hard and fast rule about how long a story should take.” 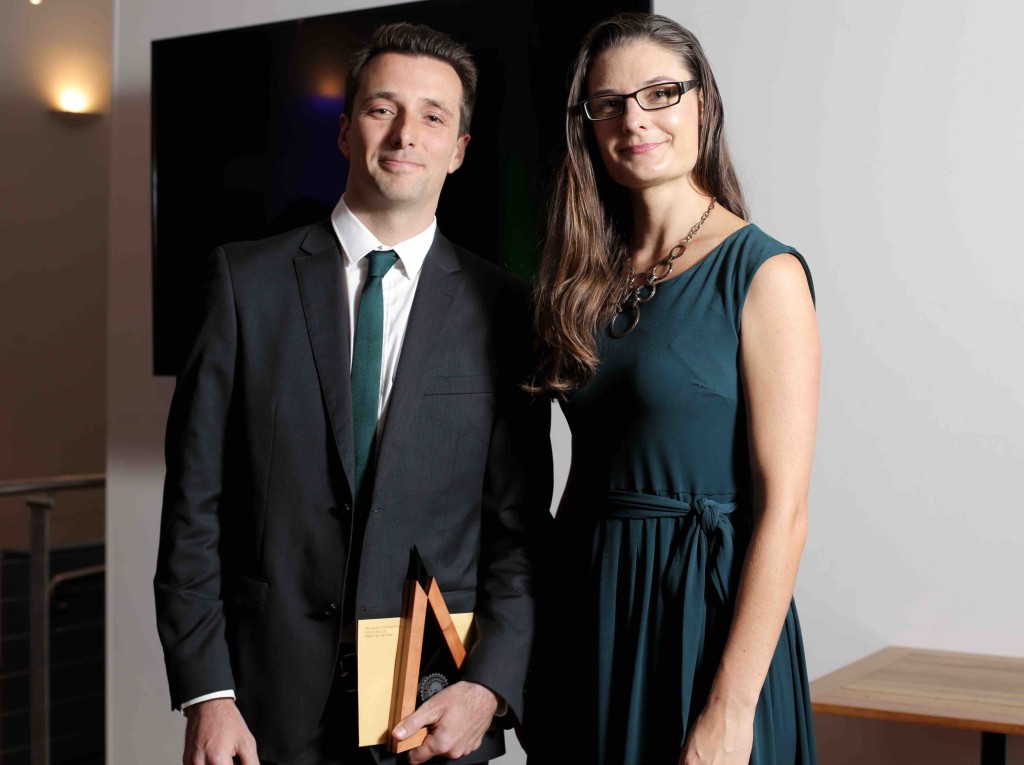 Michael Atkin was up against two journalists from The Mercury to win the Tasmanian Media Awards’ Journalist of the Year category.

He said he wasn’t expecting to win so didn’t come with a speech prepared.

“It was a big surprise,” Atkin declared. “With me doing current affairs TV there is a big team of people who work with me every time I do a story. It’s a really wonderful recognition of their work as well.”

Before working on 7.30, Atkin was a radio man, having worked at Macquarie University and UTS-owned community station 2SER, and on triple j. After working as a reporter on triple j’s Hack program, Atkin took some time off to go to India.

“I would certainly love [to work as foreign correspondent] one day. But I am a while off being considered for something like that,” Atkin noted.

“I did go and live in India for 18 months. I spent about 12 months of that working as freelance journalist.

“I did that about five or six years ago now. I took a break from triple j to do that.

“I loved that experience and travelled all over the country doing that. I was working a little bit for the ABC, and a lot for Deutsche Welle, the German broadcaster, and another small broadcaster in Asia. It was mainly radio and online work.”

Does Tassie get ignored in the national coverage?

We posed the question to ABC’s Tasmania-based 7.30 reporter, Michael Atkin, who replied: “Yes, that is certainly the case.

“There are a few reasons for that,” he continued. “Obviously Tasmania is isolated geographically. The population is also quite small. There aren’t the big industries in Tasmania that exist elsewhere in the country.

“But I do think in the time I have been here, which is coming up to about three years now, that there is an increasing recognition of Tasmania being this very interesting and unique place.

“There is a tourism boom that’s been going on for years. It is growing at a rate that is one of the highest in the country.

“It’s inexplicable, but a lot of what Tasmania offers has always been here. But Australians are discovering Tasmania more and more.That has given more momentum and pride to Tasmania.

“I speak to colleagues who did my job 10 years ago and that wasn’t the case.”

“This increasing understanding of Tasmania is important on the national stage.

“It always surprises me, the amount of coverage that can come out of Tasmania.”